In honor of his efforts to promote political and intellectual diversity at Lafayette, the Steamboat Institute has presented Brandon Van Dyck, assistant professor of government and law, with its Courage in Education award.

The Steamboat Institute, a nonprofit that promotes limited government and free markets, recognized Van Dyck for his work on The Mill Series, which brings to Lafayette speakers who challenge mainstream campus opinion. 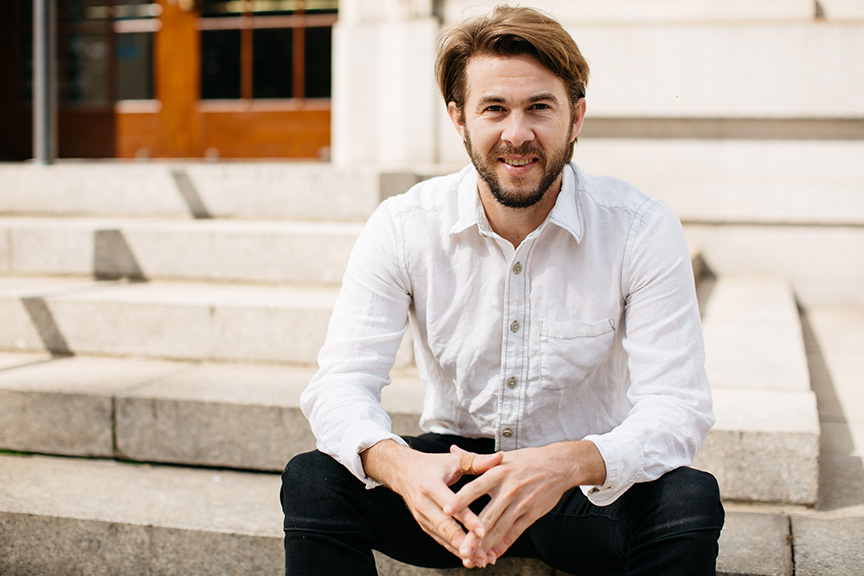 “Colleges, I think, would benefit from heavier exposure to authentic and sophisticated conservatism, libertarianism, and religious belief,” says Van Dyck. “The free and robust exchange of conflicting ideas is intellectually and personally enriching, conducive to scholarly rigor, and, I would argue, critical for the pursuit of truth. Regardless of one’s own particular viewpoint, it’s counterproductive, even dangerous, when everyone in the room has roughly the same political or ideological slant.”

An independent 501(c)3 nonprofit, the Mill Series is named after John Stuart Mill, whose quotation, “He who knows only his own side of the case knows little of that,” appears on the homepage of The Mill Series’ website. The series, which Van Dyck co-founded with Abdul Manan ’18, hosted five campus speakers in the spring semester of 2017 and will host seven more speakers during the 2017-2018 academic year, including Jordan Peterson and Douglas Murray.

“It was a right-of-center conference, and I consider myself pretty apolitical, so it was a new experience for me,” Van Dyck says. “I met a lot of interesting folks and had a number of great conversations with people who, like me, regard free expression and free exchange as foundational to Western civilization and the American national experiment.”

Van Dyck hopes the award will act as a catalyst for The Mill Series’ growth and improvement.