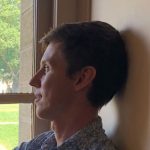 Utopia/Dystopia: A Study of French Utopian Literature from the 17th century to the present time.”

“I left France when I was 19 and I lived in India, Nepal, and Thailand for seven years. I love poetry, surrealism, in particular, and cultures I’ve seen in those countries. So step by step it became more obvious that what I wanted to do was to write poetry about those cultures and see what I could transcribe in poetry about the cultures I was exploring. I noticed some great writers had done that before me, surrealist and beat poets in particular. That was the beginning of my research into ethnography and poetry, or in what can be called an “ethnographic poetry.” How could you as a poet transcribe a culture and what you see from a culture. ‘Transcribe the world,’ to use the expression of the Belgian-French poet Henri Michaux.”

What drew me to Lafayette:

“I was very surprised by the beautiful energy that I’ve seen. The very first thing I told my colleagues when I arrived the first day is that people were smiling all the time. So it was a good start for me. I was also very pleased to actually see that professors from different departments could talk to each other and exchange ideas. I’ve worked in bigger institutions before, all very great and interesting. However, it’s true that in those universities you only meet your colleagues from the same department, who often teach in the same language. You are not necessarily meeting other professors because you don’t have time, since you’re in different buildings. Here, everything seems possible in that matter, in terms of connections between various fields. And again, as a comparatist, interdisciplinarity means a lot to me.”

What can students can expect:

“I want to help students realize that they can see the world a little bit differently if they dig and be dug. In return. That’s a Langston Hughes verse. I want to sharpen their critical thinking skills and also help them realize they belong to a community: the class; but a bigger community: Easton; but a bigger community: the U.S. and the world. My research is about comparing literature so I believe that comparisons are extremely important to understand where and who you are. Comparisons make you think about identity, diversity, the otherness, margins and marginalities, which are notions that are questioned and rethought in each of my classes. So yes, I’m giving students literary tools to make some research for their career, but more importantly, I hope, for themselves as individuals. I want them to find their way, their passion, and to connect with each other. That can be done, I believe, by giving them a chance to express themselves differently, to help them think about differences and paradoxes, which also make our world so rich and complex.” 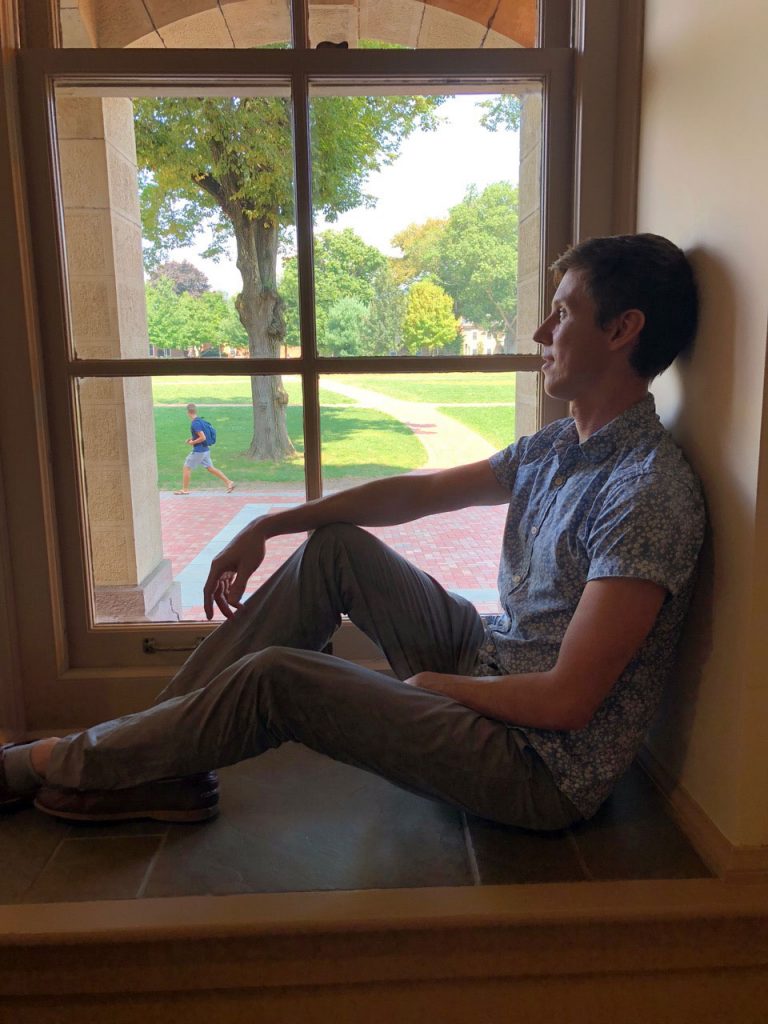 “I’m working on a collection of poems titled Through the Window Pane (“Par les vitres”). I couldn’t carry a window pane but there’s one in my office. The window pane could be the symbol of my poetics, and maybe the symbol of who I think I am for several reasons. First of all, it has the same quality of the mirror because you can see yourself in the window pane. It is an invitation to introspection (a “reflection”). However, in a window pane, you can also see the outside. The reflection of yourself overlaps what’s going on outside of yourself. This thought came from a very strong image I had on a train, the Shiva Ganga Express train from Delhi to Patna in India when I was 20 years old. I saw the window pane and I remember seeing the reflection of my face floating on the landscapes and there were women in the fields picking potatoes, and buffalos looking at the train, and rickshaws on dusty roads near Varanasi. Somehow there was this representation of myself on the outside, which made me feel complete as if I were fused or as if I became one with the outside. Also, glass is a material made out of sand. Symbolically, it’s very interesting, I think, to reflect on the time you spend looking through a window pane, which is made of the very element which symbolizes time itself.”

What’s not on my CV:

“I love papaya because the taste is not too strong, at least when it is not too ripe. It’s pretty tasteless and I like the idea of tastelessness because instead of having something extremely sweet or sugary, spicy or salty, you have to make the effort to think about the taste, and dig again the taste and you see the nuances. I find it more interesting. I think many people are craving for fun and excitement, an easy way to feel things. But I believe some become numb about it. You do not feel anything anymore when everything is excessive, too much. It’s much more intriguing and exciting to see you can have all of these nuances in subtleness, in things that appear to be boring, useless, or… tasteless.”