New York Times’  bestselling author Sarah Vowell will discuss her book, Lafayette in the Somewhat United States, 7 p.m. Wednesday, Feb. 10 in Colton Chapel. The talk is free and open to the public as part of the Jones Lecture series. A reception and book signing will follow in the Clay Ketcham Room, Marquis Hall.

In a phone interview, Vowell discussed what sparked her interest in our College’s namesake and one of our nation’s founding fathers.

What attracted you to write about Lafayette? 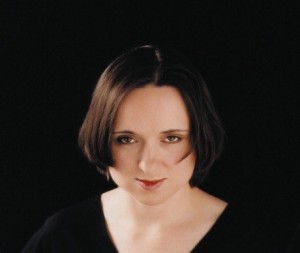 Lafayette’s reception during his last visit to America was the main reason why I wanted to write about him. So foreign to me is that the entire country was so in love with him that two-thirds of the population of New York City — 80,000 people — came to meet his boat in 1824. Think about it — when the Beatles landed in New York in 1964, 4,000 screaming teenagers met them.

Did the nation’s mood have something to do with the Marquis’ wild reception?

That was such a unique event, Lafayette’s return. It had to do with Lafayette and nostalgia for the founding generation. When he came back, he was the last living general of Washington’s army. He was a foreigner, and he wasn’t connected to any of the growing factions that would lead to the Civil War — the whole country just paused and remembered the founders with awe.

Jefferson and Adams would be dead within a year and a half, and the visit also coincided with the presidential election of 1824. It was the first election to choose a president who was not one of the founding fathers. It was a perfect storm, I think, of nostalgia and jitters for what was to come.

Is there anyone today who could whip up that kind of nationwide excitement?

No. In the post-World War II era, the only people who come close to that mutual affection are the pop stars. And that’s so much more finite now days. The media is so splintered. Even when Elvis Presley died in 1977, the rock critic Lester Bangs talked about how everyone was so split up with all of these cliques and factions that there’d never be anyone with that kind of impact again.

Can you describe your affection for writing nonfiction?

I’m interested in the consequences of people’s actions. And I enjoy going back into time and being there when decisions are made by actual human beings. Part of my book is about the French and French government and the unfolding alliance with America. We have an autocratic king deciding to throw in with anti-monarchist punks.

Lafayette personified the French alliance and gave me an excuse to look into larger issues. It’s always fascinating what took place before the official alliance — the secret funding schemes to get weapons to the American patriots, a French playwright [Beaumarchais] as a gun runner. It’s no more implausible than the patriots actually winning against the British, and then throw in a government that’s even more punitive than the English government.

I love hammering those little points — the American people have a simplistic view of the founding of the country.

What endeared Lafayette to the Continental Army, considering the British-inherited contempt Americans harbored for the French?

He came from aristocracy, but Lafayette was a French country boy, too, and he had a natural inclination to respect the Americans. Washington’s soldiers were deserting in droves, and here was this kid with a boyish desire for glory, and the practical effect of that was that he was a dedicated, hard-working soldier.

He believed in the ideals of liberty and equality. He wanted glory but wanted to earn it even though he was given a generalship right away.

Washington was getting frustrated with all of these boobs coming from Europe looking to fight in America and wanting officer commissions just because they were Europeans with some experience.

Was there ever a time when Lafayette was emotionally hurt by anti-French sentiments?

When the official French alliance happened, New England erupted against the French and Lafayette was pained by it. He sent Washington a mopey letter asking why they were talking so much smack about the French.

Washington tells him that, in a free republic, people will speak without thinking. It’s painful and annoying, but it’s what they’re fighting for — it’s the cost of freedom.

That frank exchange also speaks to the strong father-son relationship between the two.

A warrior, but also a bit of a softy desiring attention?

He loved being loved and all the accolades that were heaped on him. That was who he was as a person. He was an orphan. He was under-loved. He had what Jefferson called a canine quality — he had a hole inside of him that he wanted to fill with affection and glory. No one lapped it up more than Lafayette.

And who would love it more than Lafayette to have a college named in his honor?