Walter Oechsle ’57, trustee emeritus, died Thursday, but his legacy of commitment to the College lives on through the various capital projects, academic programs, and scholarships he generously supported over the years. 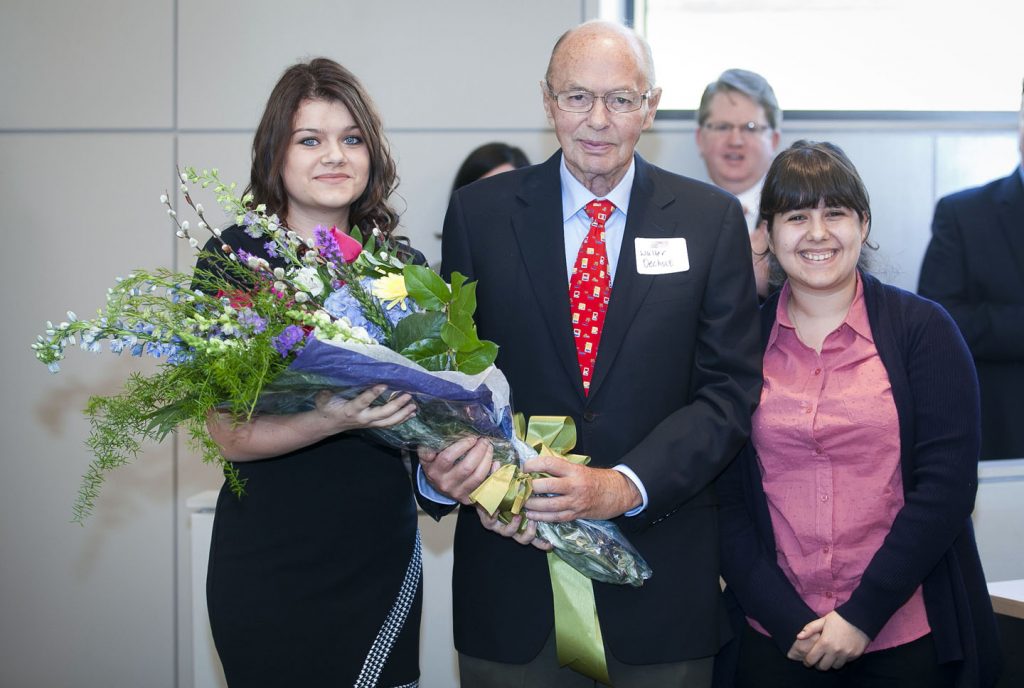 Walter Oechsle ’57 meets with two of his scholarship recipients.

“Few trustees have had a greater impact on the College than Walter,” says President Alison Byerly. “His support has been a cornerstone of the College’s advancement in key areas over many decades. His broad and visionary philanthropy encompassed every dimension of the Lafayette experience. Equally passionate about neuroscience, global studies, and the performance of our athletic teams, he was always willing to help the College strive for success. He will be greatly missed by the entire Lafayette community.”

Oechsle was a member of the Board of Trustees from 1995 to 2004. Described as highly intelligent, self-effacing, and kind, Oechsle was considered a leading authority on international money management. In 1986, he founded Oechsle International Advisors, which is now one of the leading international managers of U.S. institutional investments. Previously, he served as head of the international division of Putnam Management Company. For five years he authored a column on investing for Forbes magazine.

He was as deeply thoughtful and devoted to philanthropy as he was about his career. He and his wife, the late Christa Huber Oechsle, provided financial support for two buildings on campus—Oechsle Hall, which houses the neuroscience and psychology programs, and Oechsle Center for Global Education, which opened last year. 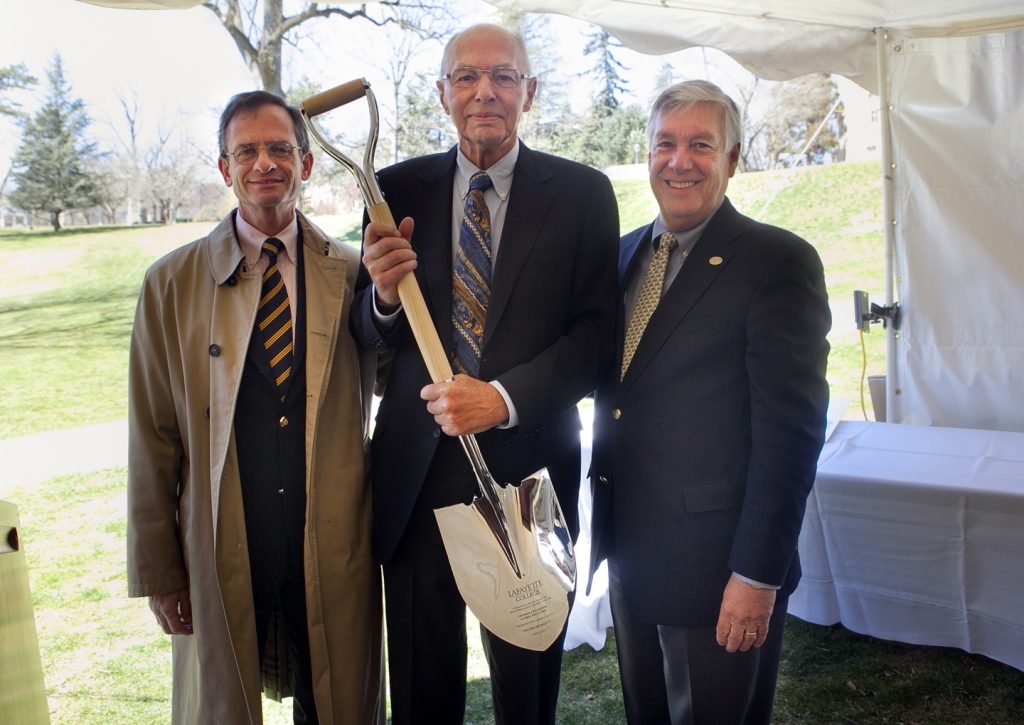 Oechsle at the groundbreaking for the Oechsle Center with former President Daniel Weiss and Edward W. Ahart ’69, chair of the Board of Trustees.

During a groundbreaking ceremony of the global center in 2013, Oechsle noted that when he graduated from Lafayette and entered international business, he knew more about the world than 99 percent of his competitors.

“Students from Lafayette will know more about the world as a result of this program and do better in the world because of it,” he said at the time.

Raised in Saulgau, Germany, 16-year-old Oechsle came to the United States in 1950 as an American Field Service exchange student to attend one year at Dwight Morrow High School in Englewood, N.J.

“It was a tricky time coming to America only five years after the War ended, but that’s when I fell in love with the United States because everyone was so kind to me,” Oechsle is quoted as saying in the James Madison Porter Society fall 2002 newslettter.

Oechsle’s American host family, the Parlins, urged him to return to the United States for his college education and recommended Lafayette. 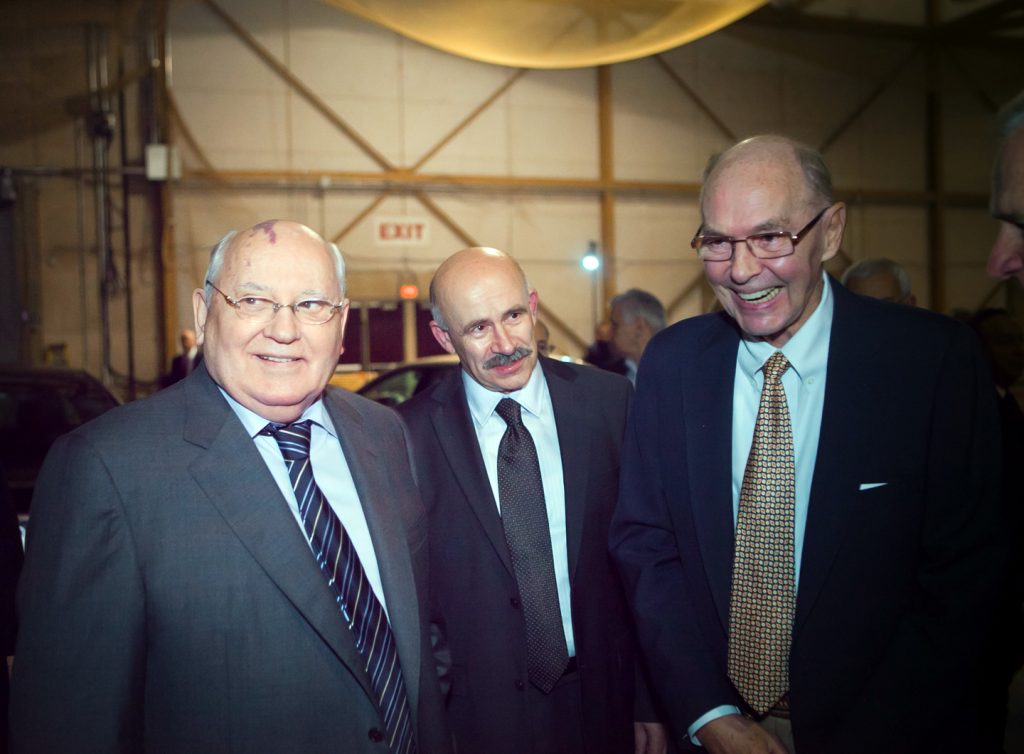 Former Lafayette President Daniel Weiss picks up the story.  “When he arrived at Lafayette he had nothing,” says Weiss, president of the Metropolitan Museum of Art in New York City.  Fortunately, his American host family supported him financially, and the College gave him financial aid.  “For the rest of his life he was consistently grateful for the extraordinary opportunity he was given as a young immigrant. He knew nothing would have been possible without the education he received at Lafayette.”

In 1996, the Oechsles established a scholarship fund for international students from Eastern Europe, says Ed Ahart, chairman of the Board of Trustees.

“He viewed the College as his gateway, an immigrant who understood that his education gave him the road map to a full and successful life,” says Ahart.

He was also committed to getting to know the students he supported, often inviting them to dinner at his home. 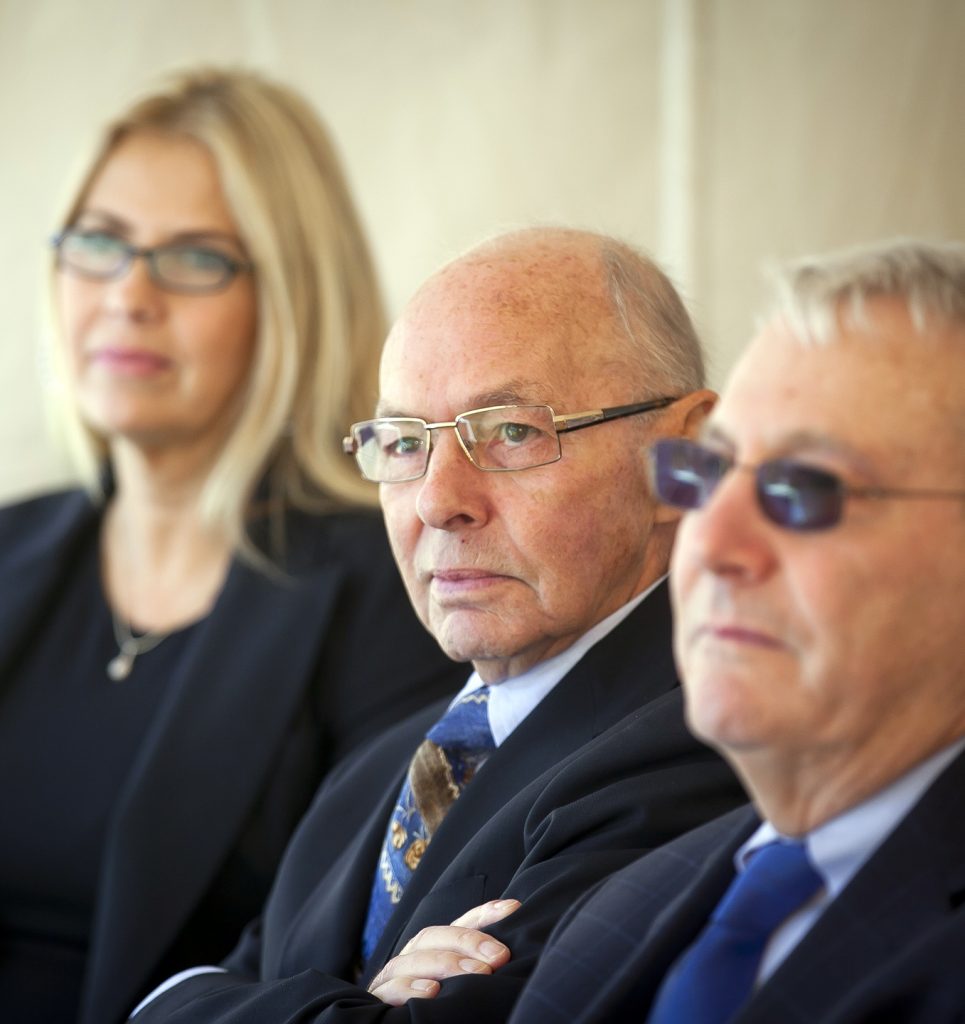 “It was so impressive to see how kind, humorous, and open-minded he was,” says Angelov, a mechanical engineering graduate from Bulgaria, who recently accepted a job with Markit, a global financial information services company. “The reason he provided the scholarship, he told us, is that when he came here, he was on scholarship. It’s the only reason he was able to come to the U.S. and become a success. It inspires me to hopefully one day do the same thing.”

A history graduate, Oechsle pursued graduate study in philosophy at the University of Pennsylvania and earned an MBA in finance from New York University in 1959.

In 1995, the Alumni Association presented Oechsle with its George Washington Kidd, Class of 1836, Award for career distinction and in 1997 the Oechsles were inducted into Lafayette’s Société d’Honneur.

In 2005, he invited incoming president Weiss to his home in Massachusetts.

“We hit it off right away,” recalls Weiss. “He talked to me about his philosophy of philanthropy and his desire to pay back what he had been given and a desire to support our leadership.  He always wanted to know how he could help the College do things better.”

Oechsle was the one who brought Mikhail Gorbachev, former president of the Soviet Union, to the College in 2011, says Weiss.

“That was his idea, not mine,” says Weiss. “Afterward, Walter says we have to do that again. I said ‘Walter, we just had Mikhail Gorbachev. Who do you have in mind?’ He says ‘What about Tony Blair?’ I said ‘Really?’ He said, ‘Yeah, it will increase our visibility around the globe.’”

Weiss also shared Oechsle’s deep love for history, noting his dear friend was a fan of Calvin Coolidge, the 30th president of the United States.  “In Walter’s judgment, he was an effective leader who didn’t brag a lot. He was quiet but believed in action and he had a kind heart.”

One year later, Weiss and Oechsle made a pilgrimage to Coolidge’s grave in a Vermont cemetery, the same cemetery, Weiss says, where Oechsle will be buried.

“The college lost a great friend and devoted supporter,” Weiss says, “but his legacy will last a long time.”