Growing up in Windsor, Ont., Drew Brown ’06 observed that poverty-stricken areas of nearby Detroit and other U.S. cities were dominated by “black and brown people.” 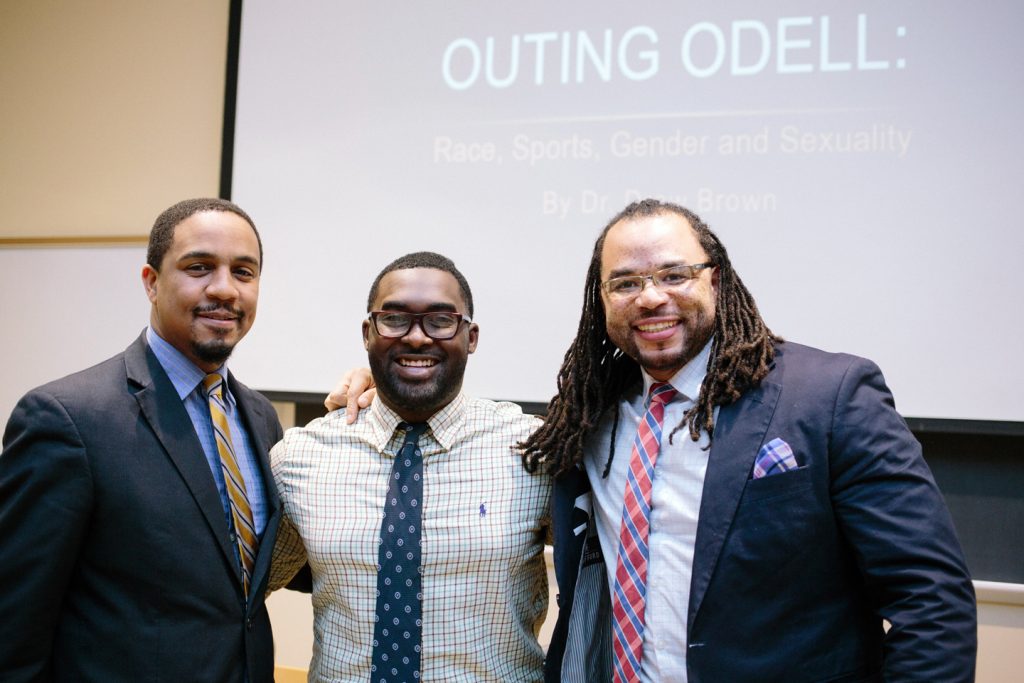 He wanted to find a way to better their lives, to change the underlying cause, but realized that he first had to understand how the situation developed. So after majoring in economics and business and starring in football at Lafayette, then spending a short time with the Canadian Football League’s Edmonton Eskimos, Brown earned master’s and doctoral degrees in African American studies from Clark Atlanta University and Temple University, respectively.

Now a visiting scholar in African American studies at the University of Houston, he has established himself as a prominent emerging scholar focusing on the cultural relationship of race, sports, and gender to black lives.

“The historical, sociological, and cultural layers of this issue are complex,” he says. After initially resisting the suggestion of his mentor, Daniel Black, to explore race and sports, he wrote a paper at Temple on the racial integration of the National Football League in 1946.

“I recognized that blacks could have utilized their athletic capital or power for deeper inclusion, even to have whole teams implemented rather than one player at a time,” he says. “I could see that this area had rich potential for future understanding. I was hooked.” His Ph.D. dissertation focuses on NFL draft prospects’ conceptions of manhood and ideas of playing in the NFL.

“I discovered that black males use sports and sports achievement to achieve their identity goals, to affirm their understanding of what it means to be a man,” he says. “Then when sports is no longer a part of their lives, they go through an identity crisis that all too often leads to depression, violence, or suicide.” They sometimes rely on illegal activity for income, which Brown calls “the playing-field-to-prison pipeline.” The understanding that his research unveils could help individuals find healthy alternatives.

An activist as well a scholar, Brown says, “My goal in my vocation overall is to help black youth develop into self-loving people who have mastered good character.”

He is the founder of the annual conference on race and sports called Passing the Ball. He was invited to the White House as part of the Black LGBT Emerging Leaders program in 2013. As an LGBT ally, he worked in the Human Rights Campaign and the National Gay and Lesbian Task Force. He also is on the board of The Brothers Network, which highlights successful black men who are centered in their identity and serve as role models.

At Lafayette, strong role models were instrumental in his development.

“George Bright, my sounding board, understood the challenge of being a black male on campus. Rex Ahene guided me, pushed me, and helped me understand how to explore the complexity of black issues,” he says. “The late Bryan Washington introduced me to the writings of W.E.B. DuBois and James Baldwin, which had a deep impact on my understanding of race and being a black man.”

“Black players were speculating about Odell Beckham’s sexuality and gender identity based on a YouTube video of him doing a choreographed dance,” says the four-year letter-winner and starting linebacker on two Patriot League championship teams.

“It was a great example of what happens if a black male does not adhere to the majority view of black male masculinity. That situation is not only oppressive to males but also to the entire black community.”