Explaining the significance of studies by the National Institutes of Health related to heart, lung, blood, and sleep disorders rests on the shoulders of Lenora Johnson ’81. 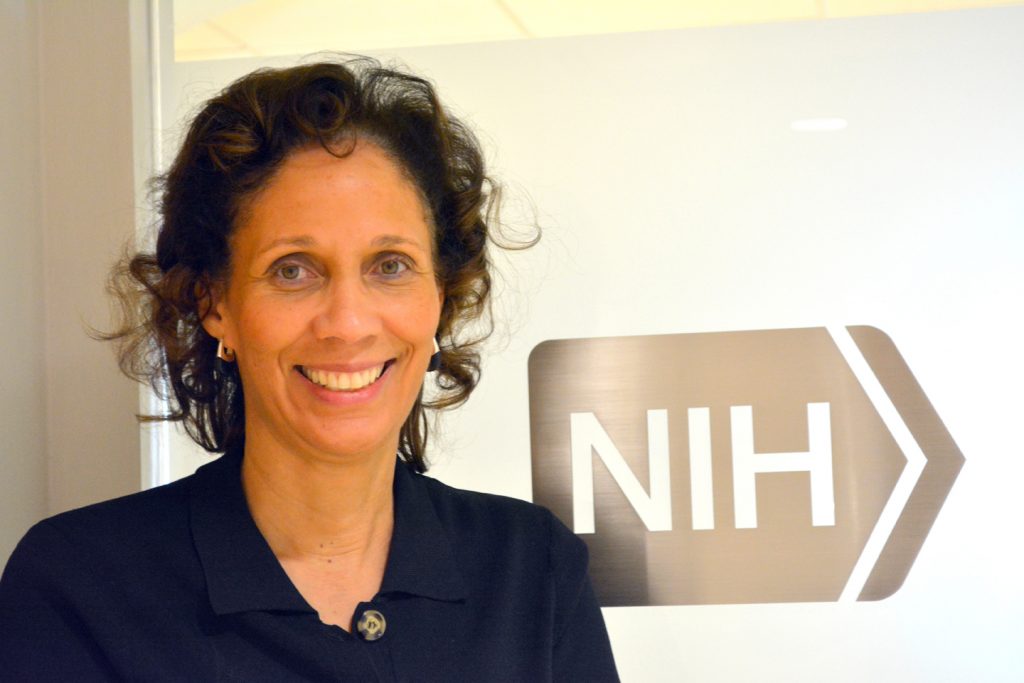 She is the director of science policy, engagement, education, and communications for the National Heart, Lung, and Blood Institute. With an annual budget of more than $3 billion, it is the third-largest of NIH’s 27 institutes.

“Having a new scientific portfolio has been very exciting,” says Johnson, who served as director of communications at NIH’s National Cancer Institute through 2013. “Funds are granted across a wide range of research, from basic studies to clinical settings. I am also overseeing a reorganization of programs and structures guided by our new director.”

For example, Johnson says, funds have been awarded to examine the relationship between mitochondria and the proliferation of cancerous cells. A project called LungMAP is exploring the interplay among different cell types that results in healthy lungs. That work will help lead to more effective treatments for chronic obstructive pulmonary disease, or COPD, the third-leading cause of death in the United States.

Of particular interest to her is the emerging approach of precision medicine for disease treatment and prevention. “People need to be aware of how important it will be to let their genetic makeup be known so that treatments can be targeted specifically to their genetic profile.”

A project called TOPMed (Trans-Omics for Precision Medicine) will conduct whole genome sequencing of 20,000 individuals from diverse groups to study a variety of disorders. Combining this data with molecular, environmental, and clinical information will help identify factors that prevent disease and lead to more personalized treatments.

“The challenge of explaining the complex research in a way that enables everyone to understand the significance and relevance to their lives is what makes the work most meaningful for me,” Johnson says. “I also thrive on keeping up with the rapid changes in science and technology as well as the many new communication venues.”

Johnson’s passion for public health was inspired by her mentor, William H. Foege, an epidemiologist who helped eradicate smallpox in the 1970s. She met him when she was working on a national anti-tobacco campaign he initiated as president of the American Public Health Association, then subsequently worked for him when he was the executive director of the Carter Center, founded by President Jimmy Carter.

“Dr. Foege showed me how public health helped people live better lives and encouraged me to pursue that path,” she says.

Johnson went on to earn a master’s in public health at Emory University and a doctorate in public health, with an emphasis in behavioral science, from George Washington University. She recalls having to study all the time at Lafayette, where she majored in biology and played varsity basketball. But she realized in graduate school that she had been well prepared and had a stronger foundation than her peers.

When she attended Lafayette, there were few people of color and few women, she says.

“I came from an environment that was the opposite, so it was a difficult adjustment, but the challenge taught me how to get along. I developed a strong support group and I thrived,” she says.

“We don’t always choose the path that we happen upon, but once we are there we are fortunate to encounter great opportunities that open other doors,” she adds. “In hindsight, I might not have chosen Lafayette, but it turned out to be optimal. I am grateful because it paved the way for a career in which I can impact the world and work among some of the most intelligent people in the country.”