Rasheim Donaldson ’06 values civility and justice - as does his mentor, Alvin Yearwood '83 Twitter 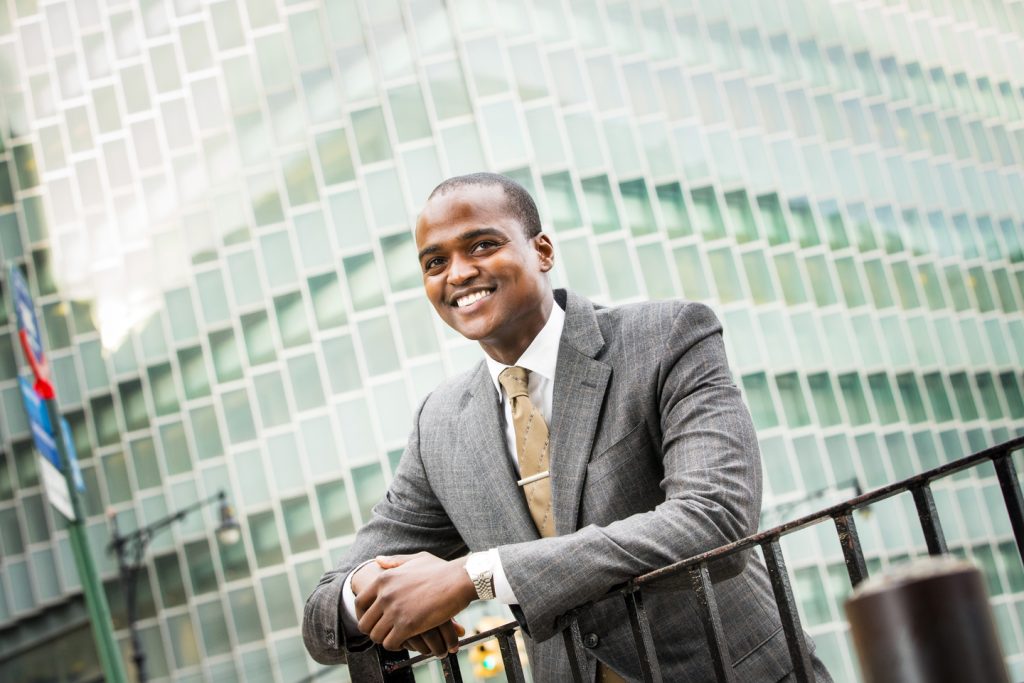 Here Donaldson is reminded that no matter what the case—murder, robbery, drug sale—criminal lawyers, young and old alike, are expected to be civil, “a sometimes undervalued virtue.”

“Judge Yearwood requires professionalism and competence in his courtroom,” Donaldson says. “I’ve witnessed him emphasize the importance of respecting the rules of court to lawyers who attempt to advocate defiantly. As a former prosecutor, he’s very adept at giving constructive criticism. He’s a great role model.”

Donaldson grew up in the Bronx, Yearwood’s native borough, the son of an aide for a major hospital and a social worker for a methadone clinic. He graduated from Frederick Douglass Academy in Harlem, a predominantly African-American school. He came to Lafayette as a member of the College’s first class of students sponsored by the Posse Foundation.

Donaldson prepared for life as a campus minority with his 10 Posse colleagues, a group that included students of Indian and Chinese heritage. The training helped him defend affirmative action in a First-Year Seminar where he was the only person of color.

“I felt I was under the microscope at Lafayette. Whether I liked it or not, I would be representing black men, especially black men from New York City. It was a heavy weight on my shoulders and it made me work harder on what to do, and what not to do, in life, to not succumb to the powers that be.”

For the next four years Donaldson studied and practiced power. As an anthropology and sociology major, he analyzed race and ethnicity, wealth and social capital. As a volunteer for a children’s center in Easton, he learned about domestic violence, poverty, and alienation. As president of the Association of Black Collegians, he united black athletes with black non-athletes, moderating discussions about everything from sports to politics. He capped his College Hill career by being featured in a 2006 New York Times story on Posse. In the article he recalled defending his scholarship to minority students of color who defended traditional scholarships.

After graduating from Lafayette, Donaldson returned to his Manhattan alma mater to teach English and social studies. After graduating from law school at Wake Forest University, he directed enrichment programs at Brooklyn public schools for a community-based non-profit organization.

In 2012 Donaldson became an assistant district attorney in the general crimes division of the Bronx County district attorney’s office. Last year he helped convict a serial abuser of women of a 1993 killing, aided by DNA from a 1994 knife attack. Violent crimes, he points out, are more commonly prosecuted without scientific evidence. One of his duties is to “soften the expectations” of jurors accustomed to the forensic epiphanies of fictional TV shows, a phenomenon known as “the CSI effect.”

Donaldson met Yearwood met in 2012 when they served as panelists in a McDonogh Network career-development workshop for students. Yearwood, who had been an assistant DA in the Bronx for 13 years, has made Donaldson his legal protégé. His courtroom tip sheet reads something like this: Come to chambers with a firm, flexible plan. Think carefully before you speak. Don’t mislead the jury. Don’t undermine the justice. Shoot from the hip and you may get shot down from the bench.

“With the power of the DA Office comes discretion and responsibility,” says Yearwood, a member of the McDonogh Network Steering Committee. “You have to seek justice, and justice doesn’t always mean winning in the traditional sense. What you have in this business is your word. If people can’t trust you, you have severely injured yourself as an attorney.”

Guided by Yearwood, Donaldson has become a legal advocate outside the courtroom. He regularly attends bar-association events and trains seventh graders to compete in mock trials. Teaching justice, he believes, helps him practice more justly.

“I want to support promising students,” Donaldson says. “I want to make people feel less disconnected and less disaffected by telling them that I was once one of them. I want to tell them that sometimes the most challenging moments are the most rewarding in the long run.”