For the past 14 years, Hollywood producer Dimitri Villard has been pushing for a feature film or television mini-series about the Marquis de Lafayette with no success. The hurdles, Villard speculates, include that American audiences prefer their heroes to be Americans, not French, and that the Marquis’ life was just too complex. 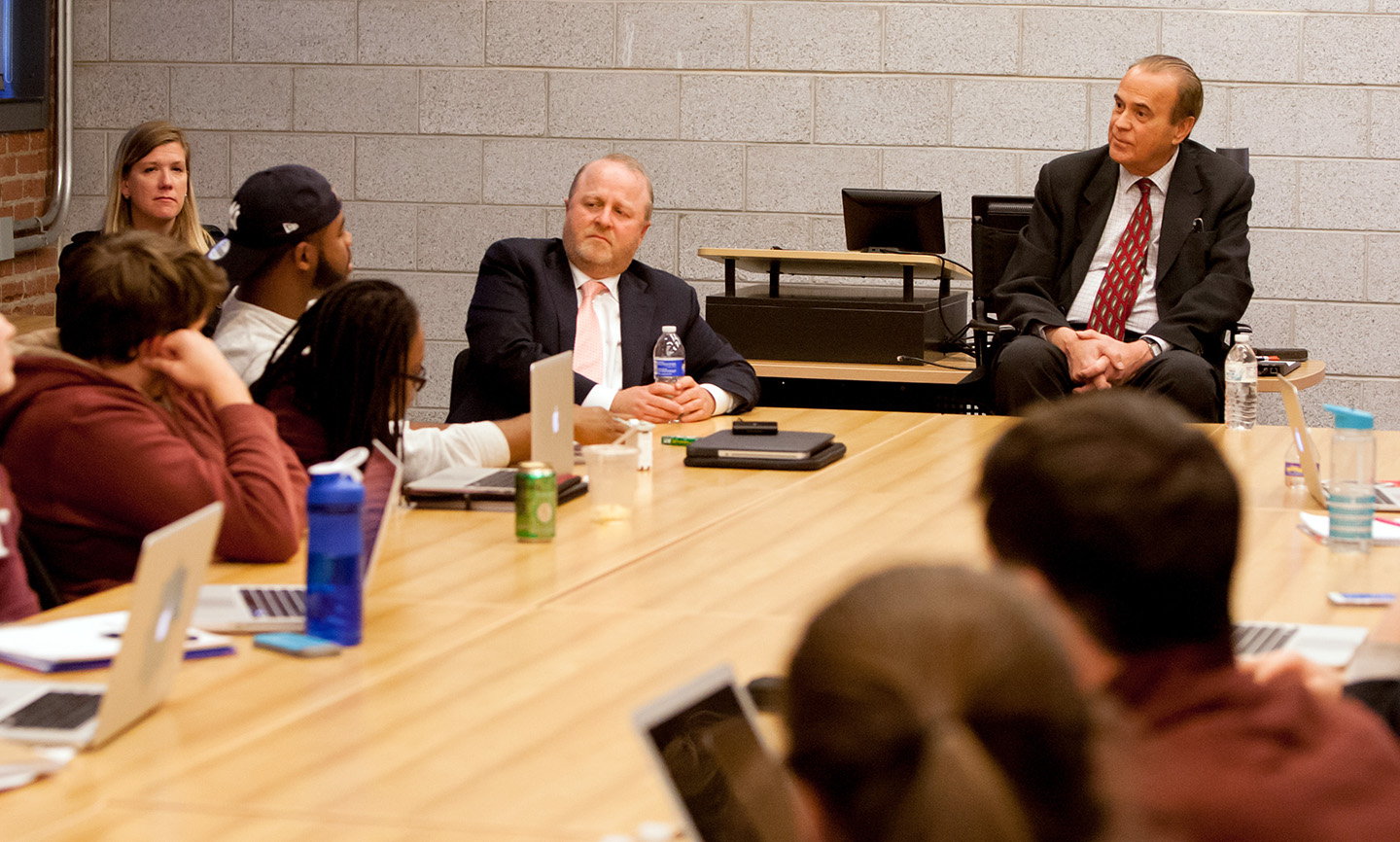 You really have to tell Lafayette’s story “from womb to tomb,” says Villard, who delivered the President’s Entrepreneurship Lecture on campus Nov. 7. “It’s impossible to focus on just one period in his life.”

And then there’s this: “Lafayette reeks of goodness,” Villard adds, putting the emphasis on reeks. “His passions were freedom and equality. He was also an abolitionist, constantly harping about slavery. His thinking was the cornerstone for the French Declaration of the Rights of Man and had a strong influence on the French Revolution.”

What needs to be emphasized in a dramatic portrayal, says Villard, is emotional turmoil, the ugly underbelly and existential struggles of being, well, human. Lafayette’s foibles seem to be limited to having a mistress or two (he was French), and possessing – in the words of Thomas Jefferson – “‘a canine appetite for popularity.’ He was obsessed with recognition and glory,” Villard says. 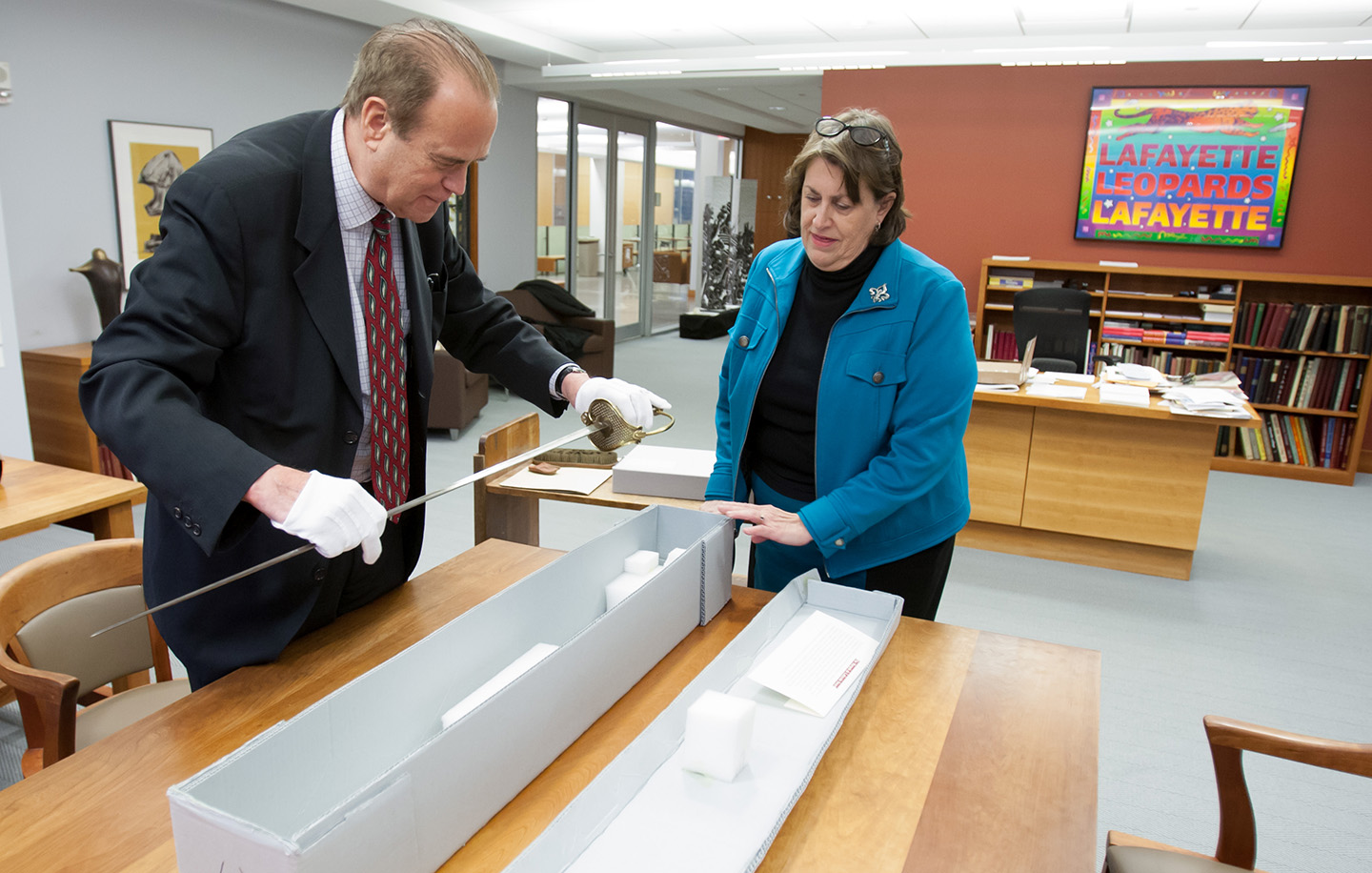 Still, Villard pushes on, hoping that the dispersion of distribution channels and the adoption of new program formats will create room for an 8- to 10-hour biopic about a man he first encountered when reading a biography nearly two decades ago. What captured Villard’s imagination? “Lafayette had an infectious charm, an Old-English zeal,” he says, “and his life-long commitment to freedom and equality for all.”

In addition to producing motion pictures, Villard’s career includes starting a rhythm and blues recording label, creating a cable-TV channel, and co-founding a biotechnology company that is developing novel immunotherapy treatment for cancer.  In addition to his lecture, he held a career chat with students in film and media studies. He also visited with Diane Shaw, director of special collections at Skillman Library and College archivist, who thrilled him with letters Lafayette wrote to George Washington.

But the pièce de résistance in the College’s archives? One of two swords that Lafayette was carrying when he was captured fleeing France in 1792. 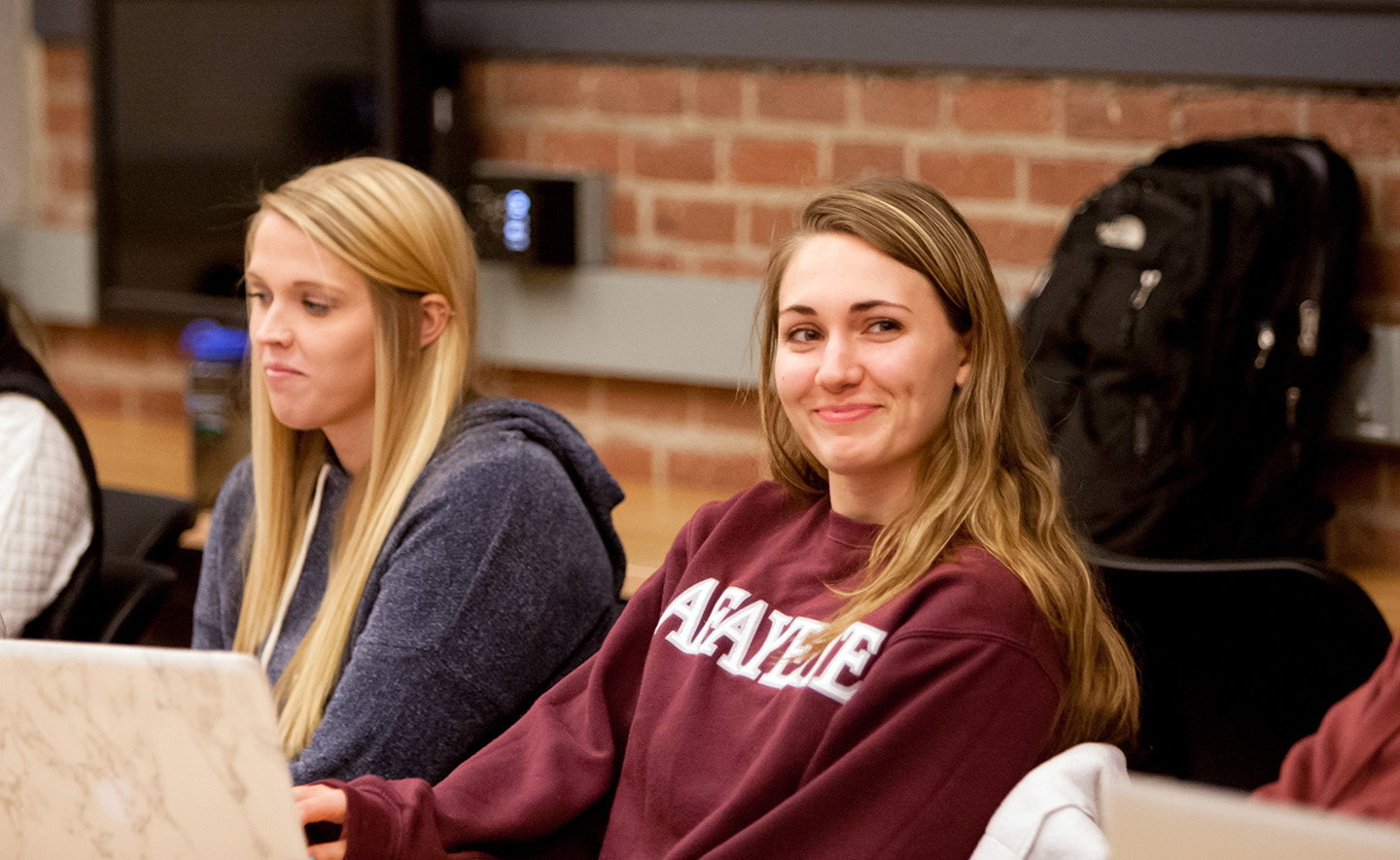 “Oh, this is a working sword, not ceremonial,” Villard said softly while admiring the three-edged blade. Replied Shaw: “It would cut quite a hole in you.”

Villard’s campus visit was serendipity as its finest. He was arranging a business meeting with alumnus Ken Londoner ’89, executive chairman of BioSig Technologies and founder of Lafayette’s InternShift program. Londoner suggested they meet in his office in Los Angeles.

“I have some student interns here I’d like to sit in, if that’s OK with you.”

“Where are the students from?” Villard asked.

Score one for the Marquis.

Categorized in: Academic News, Film and Media Studies, News and Features, The Arts