Emily Maj ’18 (Staten Island, N.Y.) used to dread someone asking her why she decided to major in civil engineering. But over the last 10 weeks – “junior year fall semester is absolutely insane for civil engineering students,” she says – she’s had a lot of what she calls “wow moments.”

“I love how I can make a direct impact on society as a civil engineer,” she explains. “I am truly fascinated to learn about why structures stand, the soil properties beneath the ground and their importance, and the mechanics of water flow within our environment. 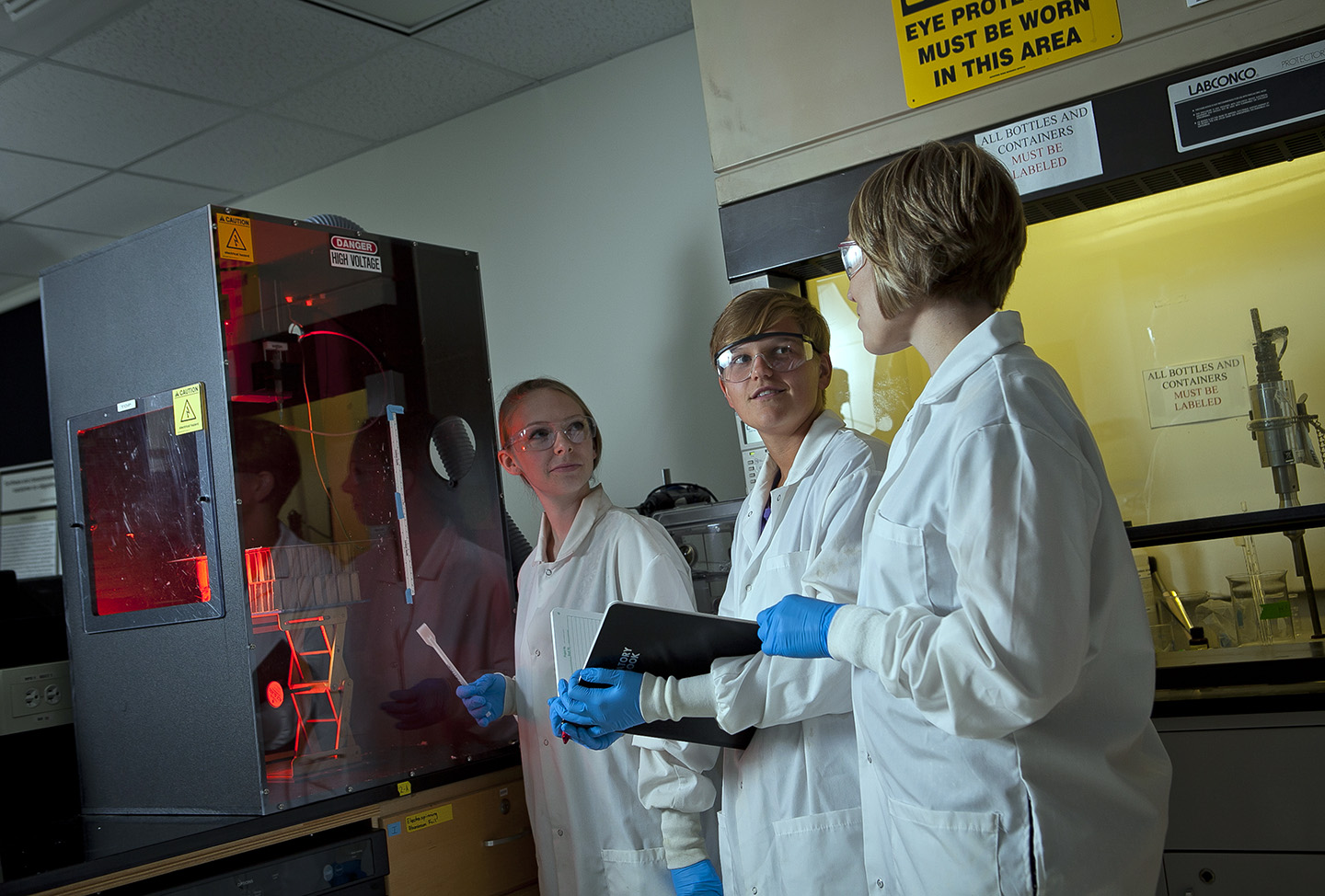 Maj is making more of an impact due to the Clare Boothe Luce Research Scholars (CBL) program, which provides summer research experiences for women engineering students to work with faculty. Funded through the Clare Boothe Luce program of the Henry Luce Foundation as well as significant contributions from Heidi Ludwick Hanson ’91 and Daniel Hanson, CBL will provide stipends, housing, supplies, and travel to conferences for 42 women over three summers. The CBL program helped send current scholars to the Society for Women Engineers national conference in Philadelphia this fall.

Lafayette has long been a national leader in female engineering enrollment, says Scott Hummel, William A. Jeffers Director of the Engineering Division. Over the last 25 years, the College has maintained about 25 percent women in its engineering programs, significantly above the national average of 17-19 percent over the same time period. 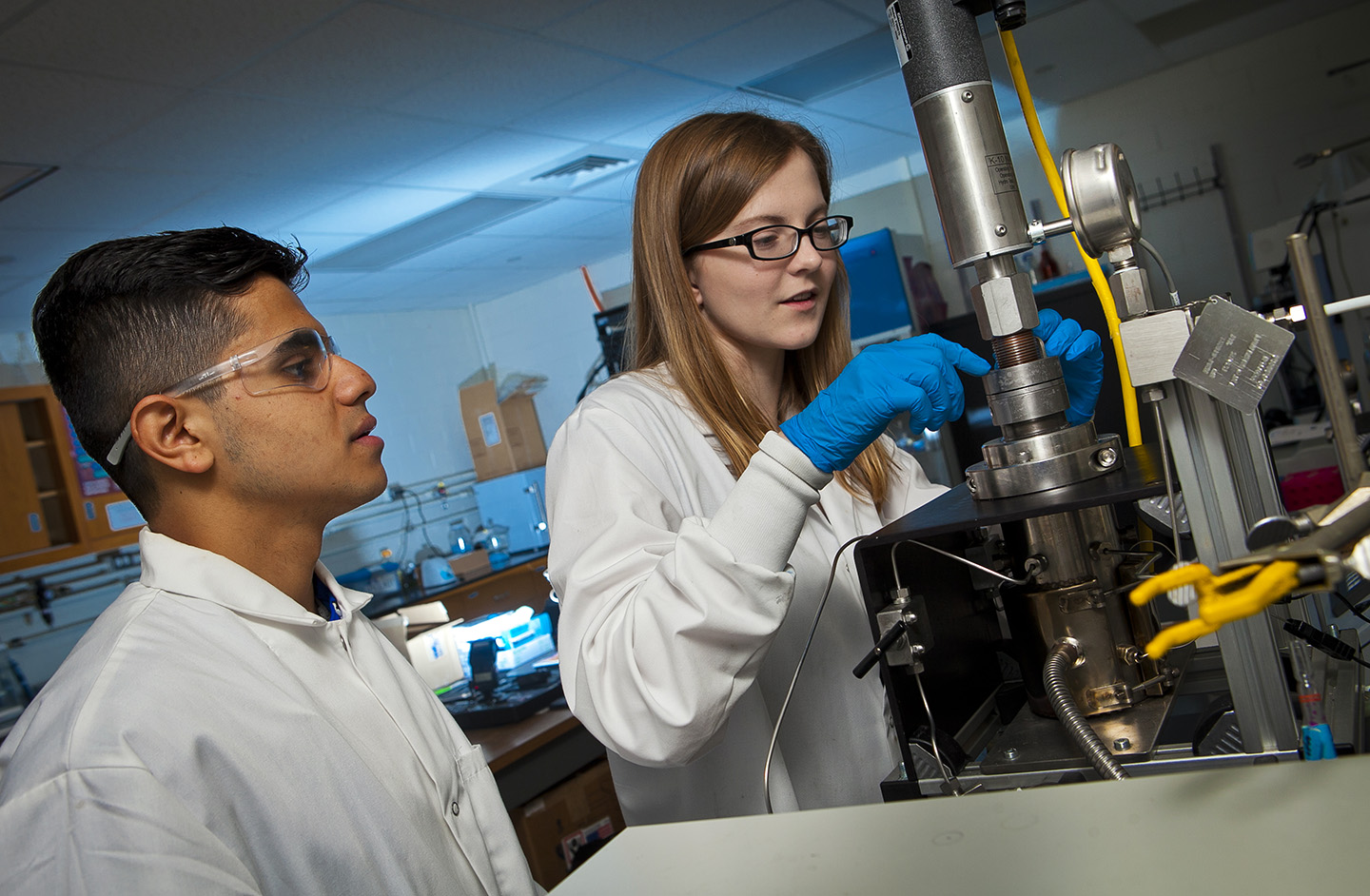 “The CBL program empowers women by creating a connected community of people with the goal of advancing women in engineering,” says Hummel. “Recently, we have seen an uptick in our enrollment of women. Specifically, last year our first-year class had 31 percent women, and this year it is 41 percent. That is more than double the national average.”

Maj and her research partner, Kelly Hogan ’18 (Sinking Spring, Pa.), are working with David Brandes, professor of civil and environmental engineering and co-chair of environmental science and environmental studies, to evaluate levels of nitrate and phosphate that enter the constructed wetland at Sullivan Park in Easton through storm water runoff. Excessive nutrients cause eutrophication – a dense growth of plant life and the death of animal life due to lack of oxygen. Maj and Hogan hope that determining the source and quantity of excess nutrients will lead to methods of limiting eutrophication in the wetland. 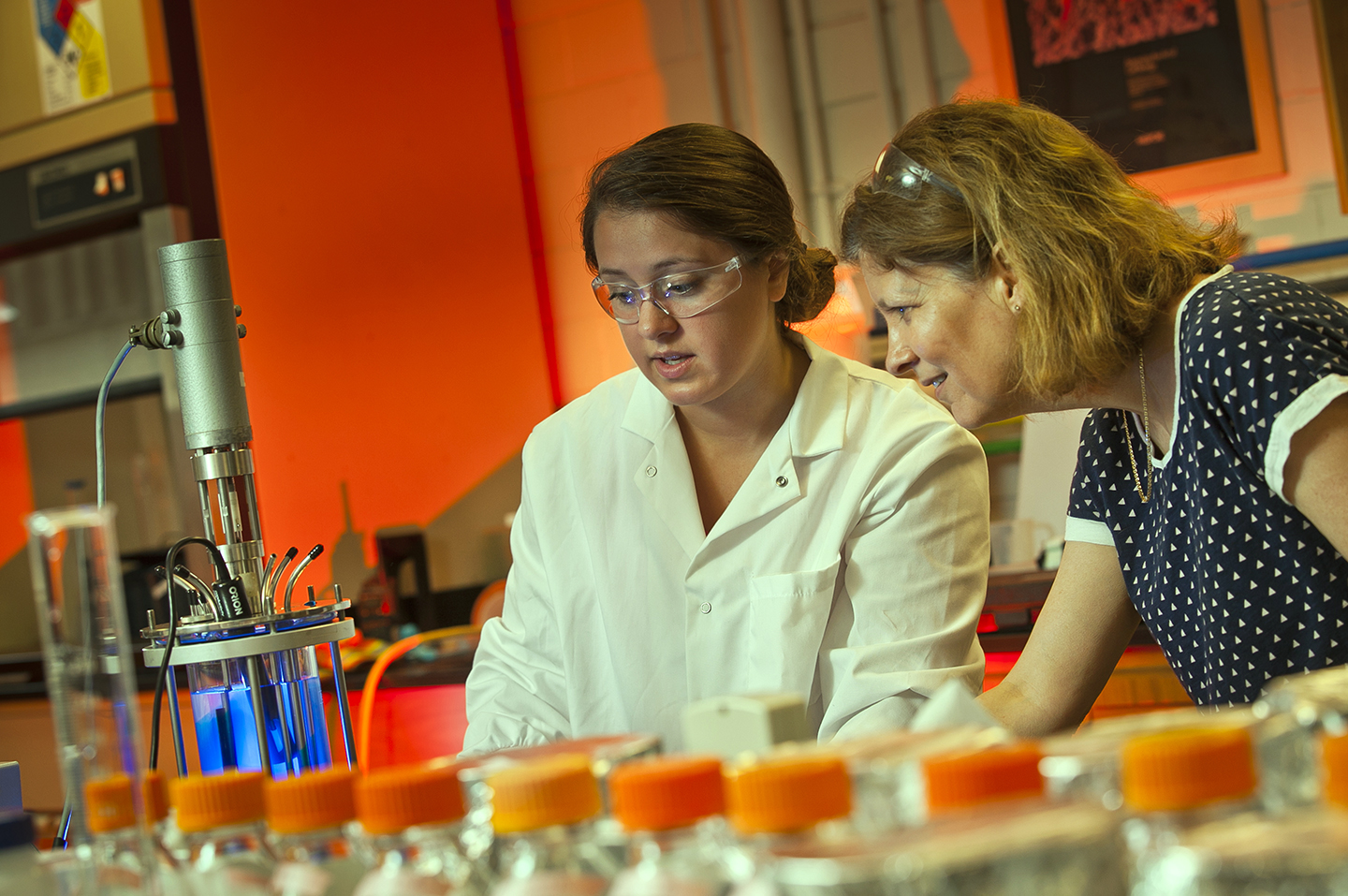 The methods Dewey and Young are helping develop will be useful when removing cells from the dish during tissue engineering applications such as creating biomaterials to implant in the body. Young, who continued the project through EXCEL Scholars research, won second place in the Food, Pharmacology, Ecology and Bioengineering Division undergraduate poster competition at the national AICHE Annual Student Conference this November in San Francisco.

For Dewey, who plans to use her engineering skills in the food industry to improve gluten-free options for people like herself who must eliminate gluten from their diets, it’s the connections that have supported her education the most. Anderson has taught Dewey to remain patient and think outside the box in the lab. The Office of Career Services helped connect her to an internship with Air Products next summer. And this year’s gala celebrating 150 years of engineering at the College opened up a world of possibilities.

“As a student, I was able to speak with many successful alumni [at the gala] and hear their backstories,” says Dewey, who is vice president for the College’s chapter of the Society for Women Engineers. “This was a fantastic chance for me to learn about all of the different paths Lafayette engineers can take.” 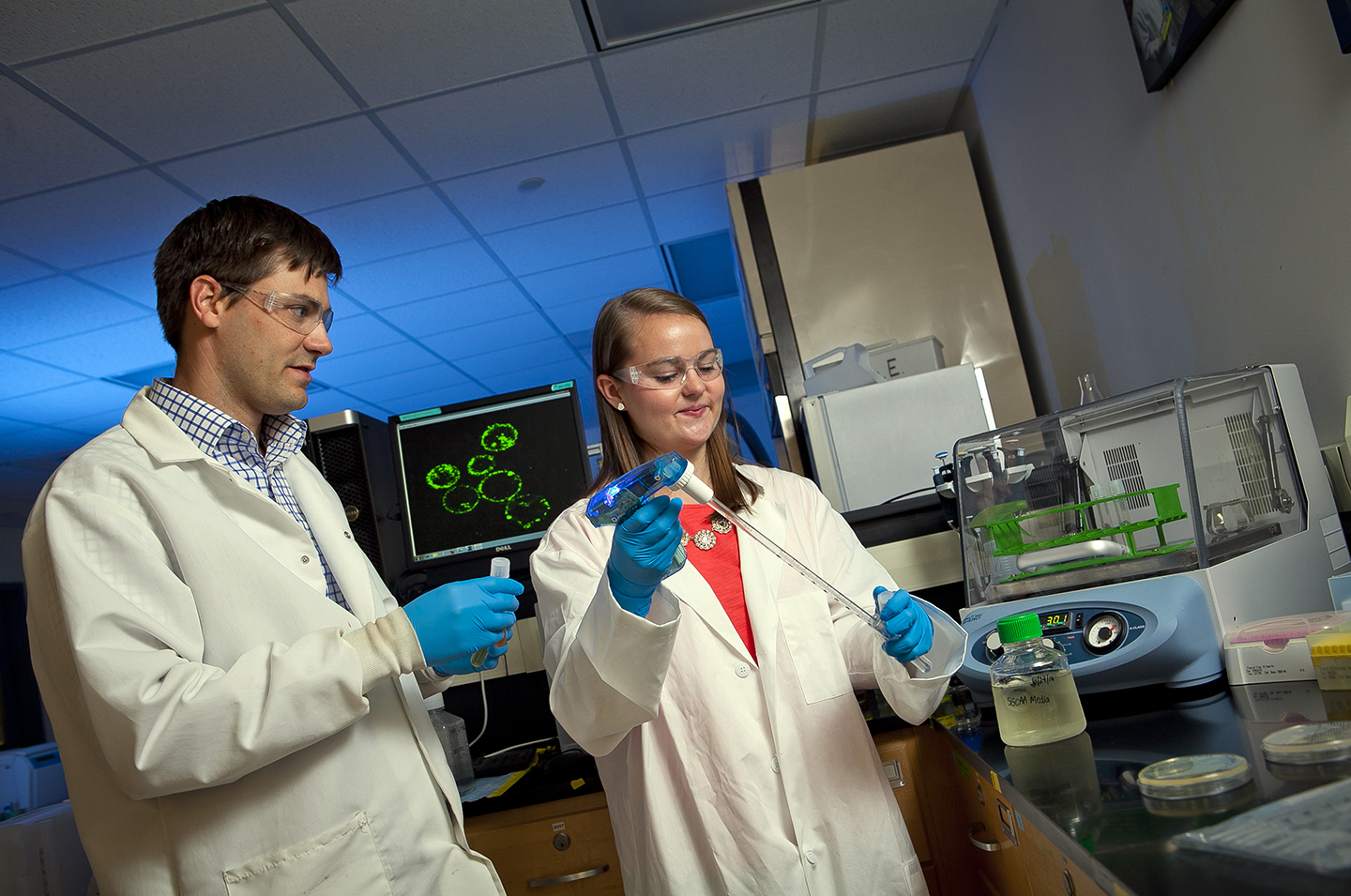 She used her summer CBL experience to get a jumpstart on her senior honors thesis. Thorsen is working with Dan Sabatino, associate professor of mechanical engineering, and Tobias Rossmann, assistant professor of mechanical engineering, in the College’s water channel lab to create models of the 3D flow field of vortices produced when previously unobstructed water becomes turbulent due to disturbances in the channel. Future students will be able to use Thorsen’s work to study particular vortices, such as those that affect the efficiency of engines.

Practical research experiences are crucial in a field like engineering, and the CBL program provides budding engineers with the support they need to become more confident in their fields.

“Being surrounded by fellow female engineers was truly inspiring, and the research definitely fostered a newfound eagerness to learn more about engineering from both a research and an industry perspective,” says Maj.