Ron Chernow, a Pulitzer Prize-winning biographer and commentator on politics, business, and finance, will be the featured speaker at Lafayette’s 182nd Commencement Saturday, May 20.

“Having written biographies of George Washington and Alexander Hamilton, I have twice written about the Marquis de Lafayette and am therefore especially pleased to be honored by Lafayette College,” says Chernow.

Chernow, an expert in the art of biography writing, has illuminated the life and times of some of this country’s most significant historical figures. An honors graduate of Yale and Cambridge, Chernow won the Pulitzer Prize for his New York Times best-selling biography, Washington: A Life. He is a recipient of the 2015 National Humanities Medal and was awarded the National Book Award.

The St. Louis Post-Dispatch hailed Chernow as “one of the preeminent biographers of his generation” and Fortune called him “America’s best business biographer.”  Chernow has been praised by the National Endowment for the Humanities for “bringing our nation’s story to life. Through his examination of America’s successful giants and titans, [Chernow] invites his readers to discover their failures and foibles, uncovering enduring lessons that inform our modern era.”

Since 2009, Chernow has worked as the historical consultant with Lin-Manuel Miranda on the acclaimed Broadway musical Hamilton, which was inspired by Chernow’s biography of Alexander Hamilton. Hamilton has been recognized with the 2016 Pulitzer Prize for Drama, the 2016 Grammy Award for Best Musical Theater Album, and was nominated for a record-breaking 16 Tony nominations and won 11, including Best Musical. In May 2015, as a member of the show’s creative team, Chernow was a recipient of the Lucille Lortel Award for Outstanding Musical.

A frequent contributor to The New York Times and The Wall Street Journal, Chernow is a familiar figure on national radio and television shows and has appeared in numerous documentaries. He served as president of PEN American Center, the country’s foremost organization of authors, and he is a fellow of the New York Academy of History. 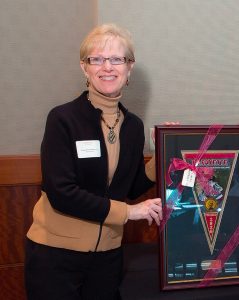 Dorflinger is distinguished scientist and director of contraceptive technology innovation at FHI 360, which was formerly known as Family Health International. A passionate advocate for expanding reproductive choice, Dorflinger leads a multimillion-dollar program to develop and introduce new mid- to long‐acting contraceptive methods designed to meet the needs of women in low-resource settings.

She directed the Preventive Technologies Agreement, a five-year global program, concluding in 2014, to develop selected HIV prevention technologies and strategies to advance the global HIV prevention and health agenda. With funding from the U.S. Agency for International Development, FHI 360 and its partners generated knowledge about biomedical, behavioral, and programmatic solutions to HIV and provided scientific support and technical assistance to governments and nongovernmental organizations in 15 countries.

Dorflinger has held other leadership positions at FHI, including vice president of clinical research, vice president of research and development, director of clinical trials, and director of regulatory affairs and quality assurance. Before joining FHI, she consulted to develop strategies for the introduction of Norplant contraceptive implants into developing world programs and was a biomedical scientist focusing on the development, introduction, and post-marketing assessments of contraceptive technology in the Office of Population at USAID.

Dorflinger has received several noteworthy awards, including the Science and Technology in Development Award from USAID. She has served on a number of committees, including the WHO task force on long-acting systemic methods of fertility regulation and the Institute of Medicine’s committee on oral contraceptives and breast cancer. Dorflinger has authored or coauthored numerous articles on contraceptive technology and microbicides. She earned her undergraduate degree in chemistry from Lafayette and her doctorate in physiology from Yale University. She completed postdoctoral training at the Harvard School of Public Health. In 2012, the Lafayette Alumni Association presented her with its George Washington Kidd 1836 Award for career distinction. 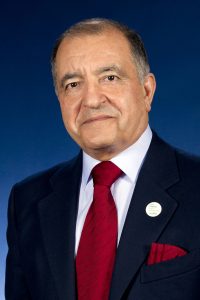 Ghasemi became chairman, president, and chief executive officer of Air Products in July 2014. In this role, Ghasemi is focused on formulating the company’s strategy and policies, developing leadership, and meeting shareholder commitments. Prior to joining Air Products, he served from 2001 until 2014 as chairman and chief executive officer of Rockwood Holdings, a global leader in inorganic specialty chemicals and advanced materials that was acquired in January 2015 by Albemarle Corporation.

From 1997 until 2001, Ghasemi held leadership roles at GKN, a global industrial company, including positions as director of the Main Board of GKN plc and chairman and chief executive officer of GKN Sinter Metals Inc. and Hoeganes Corporation. He earned his undergraduate degree from Abadan Institute of Technology and holds a master’s degree in mechanical engineering from Stanford University. 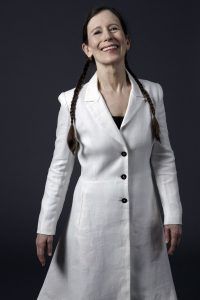 Monk is a composer, singer, director, choreographer, filmmaker, and creator of new opera, music-theater works, films and installations. Considered one of the most unique and influential artists of our time, she is a pioneer of what is now called “extended vocal technique” and “interdisciplinary performance.” In 1968, Monk founded The House, a company dedicated to an interdisciplinary approach to performance. In 1978, she formed Meredith Monk & Vocal Ensemble to expand her innovative exploration of the voice as a multifaceted instrument.

Celebrated internationally, her work has been presented by BAM, Lincoln Center Festival, Houston Grand Opera, London’s Barbican Centre, and at major venues throughout the world. Since graduating Sarah Lawrence College in 1964, Monk has earned seven honorary Doctor of Arts degrees, and has received numerous honors including the prestigious MacArthur “Genius” Award, two Guggenheim Fellowships, three “Obies,” two “Bessie” awards for Sustained Creative Achievement and the Yoko Ono Lennon Courage Award for the Arts. More recently Monk was named one of National Public Radio’s 50 Great Voices, Carnegie Hall’s 2014-15 Debs Composer’s Chair, an Officer of the Order of Arts and Letters by the Republic of France, and Musical America’s 2012 Composer of the Year. In September 2015, Monk received the National Medal of Arts, the highest honor bestowed by the U.S. Government, from President Obama.

Categorized in: Commencement 2017, News and Features