Some of the country’s top Shakespeare scholars will gather at Lafayette April 19 and 20 for a symposium that will explore contemporary issues of race through the writings of the quintessential figure in the humanities.

“Race is the ever-present reality that touches on every area of our lives, including housing, education, health care, voting, jobs, and the justice system,” says Ian Smith, the Richard H. Jr. ’60 and Joan K. Sell Professor of the Humanities at Lafayette and the co-organizer of the symposium. “Still, debates rage on about the legitimacy of even talking about race, its significance in public policy, or quite simply its contemporary relevance—the so-called post-race argument.” 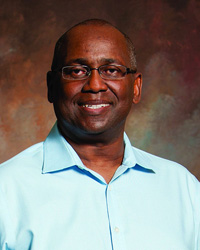 The symposium, titled “Shakespeare, Race, and the Practical Humanities,” seeks to use Shakespeare as a literary, academic figure that has instant public recognition and cross-over appeal to explore race as a defining, modern reality. The symposium will argue not only that race is an urgent modern American proposition, but also that cultural institutions play a crucial role in educating society in the fluency of race in a changing world.

Michael Witmore, director of the Folger Shakespeare Library, will give the lead-in address on April 19. Participating scholars also include Ayanna Thompson, professor of English at George Washington University; Peter Erickson, visiting resident scholar at Northwestern University; and Kim F. Hall, Lucyle Hook Chair of English and professor of Africana Studies at Barnard College, all of whom will speak April 20. Thompson and Smith are featured in a podcast discussing race, Othello, and how the Elizabethans portrayed blackness on stage. Also speaking on April 19 will be the only creative artist among the presenters, actor and playwright Keith Hamilton Cobb. 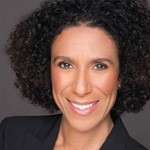 More information about the symposium, including a link to preparatory readings, can be found at https://sites.lafayette.edu/symposium/.

Sponsored by the Office of the President, the symposium is free and open to the public. It is co-organized by Smith and Diane Shaw, Lafayette’s director of special collections and college archivist. All events are being held in Colton Chapel.