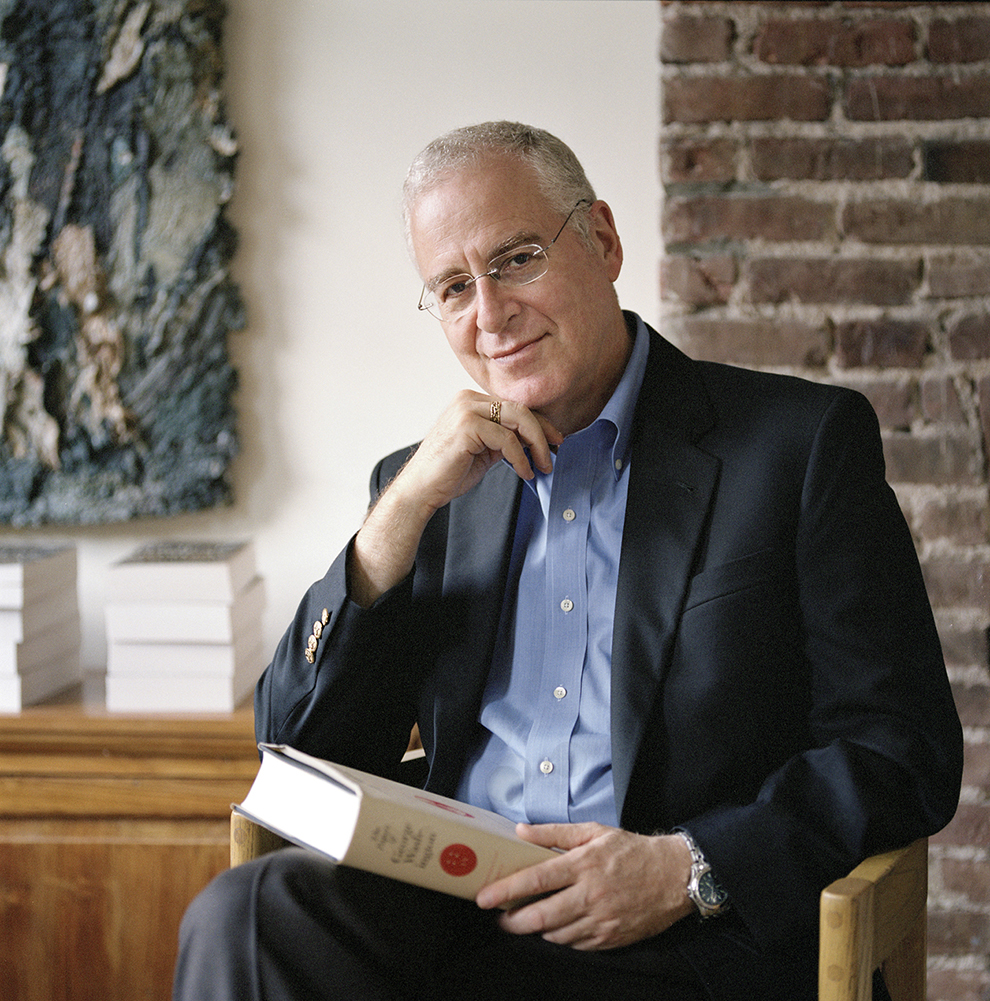 Biographies for each are included in the Commencement program:

LANETA J. DORFLINGER, member of the Class of 1975 and trustee emerita, has spent her career advancing contraceptive research, development, and introduction with a focus on increasing access to high-quality, affordable services for vulnerable women in the developing world. A passionate advocate for expanding reproductive choice, she is distinguished scientist and director of contraceptive technology innovation at FHI 360, an international nonprofit human-development organization dedicated to improving lives in lasting ways by advancing integrated, locally driven solutions. FHI 360 has activities in more than 60 countries.

Dorflinger leads a multimillion-dollar program to develop and introduce new mid- to long-acting contraceptive methods designed to meet the needs of women in low-resource settings. The program also conducts research to improve understanding of the safety, use, and acceptability of family-planning technologies. With funding from multiple donors, including the U.S. Agency for International Development (USAID) and the Bill & Melinda Gates Foundation, FHI 360 and its partners generate knowledge about biomedical, behavioral, and programmatic solutions to contraception and HIV prevention and provide scientific support and technical assistance to governments and nongovernmental organizations globally.

Her previous positions at FHI 360 include vice president of clinical research and vice president of research and development. Before joining FHI 360 in 1991, Dorflinger consulted to develop strategies for the introduction of Norplant contraceptive implants into programs in the developing world. She started her career as a biomedical scientist in the Office of Population at USAID.

A chemistry major at Lafayette, Dorflinger earned master’s and doctoral degrees in physiology from Yale University and completed postdoctoral training at Harvard School of Public Health. She was a member of Lafayette’s Board of Trustees from 1988 to 2003 and has been a member of Council of Lafayette Women since its founding. Dorflinger and her family have endowed a summer research scholarship to support meritorious Lafayette students to work in the laboratories of distinguished scientists.

The author or co-author of numerous articles, Dorflinger served on the World Health Organization’s task force on long-acting systemic methods of fertility regulation and the Institute of Medicine’s committee on oral contraceptives and breast cancer, among other committees. She is the recipient of USAID’s Science and Technology in Development Award. In 2012, the Lafayette Alumni Association presented her with its George Washington Kidd 1836 Award for career distinction.

Ghasemi assumed his roles at Air Products in 2014, bringing financial and operational acumen; experience overseeing an international portfolio; and expertise in the industrial gases, specialty chemicals, and advanced materials industries. The company has approximately 16,000 employees and operations in 50 countries serving customers in a range of industries, from food and beverage to medical, energy, and transportation.

Prior to joining Air Products, Ghasemi served from 2001 to 2014 as chairman and chief executive officer of Rockwood Holdings, a global manufacturer of inorganic specialty chemicals and advanced materials that was acquired by Albemarle Corporation in January 2015. From 1997 to 2001, he held leadership roles at GKN, a global industrial company, including positions as director of the Main Board of GKN, plc, and chairman and chief executive officer of GKN Sinter Metals Inc. and Hoeganes Corporation. Earlier in his career he spent nearly 20 years with The BOC Group, the industrial gas company, which is now part of Linde AG, in positions including director of the Main Board of BOC Group, plc; president of BOC Gases Americas; and chairman and chief executive officer of BOC Process Plants, Ltd. and Cryostar.

Ghasemi holds a Bachelor of Science degree from Abadan Institute of Technology and a Master of Science degree in mechanical engineering from Stanford University. The Société de Chimie Industrielle has selected him as the recipient of its International Palladium Medal for 2017 in recognition of his contributions to the chemical industry, leadership, and personal record of enhancing the international aims and objectives of the society, which is committed to inspiring interest and knowledge sharing in the chemical and life-science industries through networking, advanced learning, and recognition of distinguished leadership and mentorship.

Ghasemi also serves as chairman of Versum Materials Inc., the former electronic materials business of Air Products that was spun off from the company in 2016.

MEREDITH MONK is recognized as one of the most influential artists of our time. A composer, singer, director, choreographer, filmmaker, and creator of opera, music-theater works, films, and installations, her work thrives at the intersection of music and movement, image and object, light and sound.

In 2015, President Obama presented Monk with the National Medal of Arts. The citation read, “Renowned for her groundbreaking vocal techniques, Ms. Monk has reimagined the instrument of voice with her innovative work.” Monk holds a Bachelor of Arts degree from Sarah Lawrence College. In 1968, she founded The House, a company dedicated to an interdisciplinary approach to performance. In 1978, she founded Meredith Monk & Vocal Ensemble to expand her musical textures and forms.

Her work has been presented by BAM, Lincoln Center Festival, Houston Grand Opera, London’s Barbican Centre, and at major venues around the world. Among the many highlights of performances is her Vocal Offering for the Dalai Lama as part of the World Festival of Sacred Music in 1999. Her newest music-theater piece, On Behalf of Nature, premiered in January 2013 and continues to tour internationally.

In addition to vocal pieces, music-theater works, and operas, she has created vital new repertoire for orchestra, chamber ensembles, and solo instruments, with commissions from Carnegie Hall, San Francisco Symphony, New World Symphony, and Kronos Quartet, among others.

Her honors include a MacArthur Foundation Fellowship, or Genius Grant; two Guggenheim Fellowships; three Obie Awards, including the Sustained Achievement Award; and two Bessie Awards for Sustained Creative Achievement. In 2006, she was among the inaugural recipients of a United States Artists Fellowship and was elected to the American Academy of Arts and Sciences. More recently Monk was named one of National Public Radio’s 50 Great Voices, and the Republic of France honored her as an Officer of the Order of Arts and Letters. The recipient of the Doris Duke Artist Award and Yoko Ono Lennon Courage Award for the Arts, Monk was named Composer of the Year for 2012 by Musical America. In conjunction with her 50th season of creating and performing, she was appointed the 2014-15 Richard and Barbara Debs Composer’s Chair at Carnegie Hall.

RON CHERNOW, a Pulitzer Prize-winning biographer and commentator on politics, business, and finance, has illuminated the life and times of some of this country’s most significant historical figures.

In 2016, President Obama presented Chernow with the National Humanities Medal “for bringing our nation’s story to life.” The citation read, “Through his examination of America’s successful giants and titans, he also invites his readers to discover their failures and foibles, uncovering enduring lessons that inform our modern era.”

Chernow was awarded the Pulitzer Prize in 2011 for his bestselling biography Washington: A Life. His biography of Alexander Hamilton was the inaugural recipient in 2005 of the George Washington Prize, one of the largest book awards in the nation. Alexander Hamilton was named one of the 10 best books of 2004 by The New York Times and BusinessWeek. Since 2009, Chernow has worked as the historical consultant on the acclaimed Broadway musical Hamilton, which was inspired by his book. Hamilton was awarded the 2016 Pulitzer Prize for Drama and 2016 Grammy Award for Best Musical Theater Album. It was nominated for 16 Tony Awards, a record number, and won 11, including Best Musical. As a member of the show’s creative team, Chernow was a recipient of the Lucille Lortel Award for Outstanding Musical in 2015.

Chernow’s first book, The House of Morgan: An American Banking Dynasty and the Rise of Modern Finance, won the National Book Award in 1990. Modern Library selected it as one of the 100 best nonfiction books published in the 20th century.

His second book, The Warburgs, won the George S. Eccles Prize for best business book of 1993 and was selected by the American Library Association as one of the year’s 10 best books. Titan: The Life of John D. Rockefeller, Sr. was a national bestseller and a National Book Critics Circle Award finalist in 1998.

Chernow holds a Bachelor of Arts degree from Yale University and a Master of Philosophy degree from Cambridge University. A frequent contributor to The New York Times and The Wall Street Journal, he is a familiar figure on national radio and television shows and has appeared in numerous documentaries.