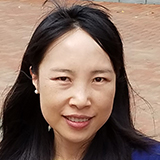 “My research is in the area of artificial intelligence and game theory. I mainly focus on knowledge representation and reasoning. Particularly, I am interested in using logical approaches to model real-world phenomena, such as budget-constrained knowledge and the cost of privacy.”

“A lot of people think that majoring in computer science means to master different programming languages. This is of course cool and was also what I thought about computer science going into college. But as I learned more, I found that problem solving is the most important aspect in computer science, rather than programming itself. It is so powerful and really fun to use my knowledge to formalize a real-world problem and then solve it. I want my students to recognize this, gain these problem-solving skills, and enjoy solving problems.”

“My mom was a professor of Chinese literature. She was my role model. Growing up, I saw her life as a professor and how much she loved and helped her students build their careers and sometimes even help them with personal issues. She built lifelong relationships with her students. I want to be a professor just like her, to help young people achieve bright futures.” 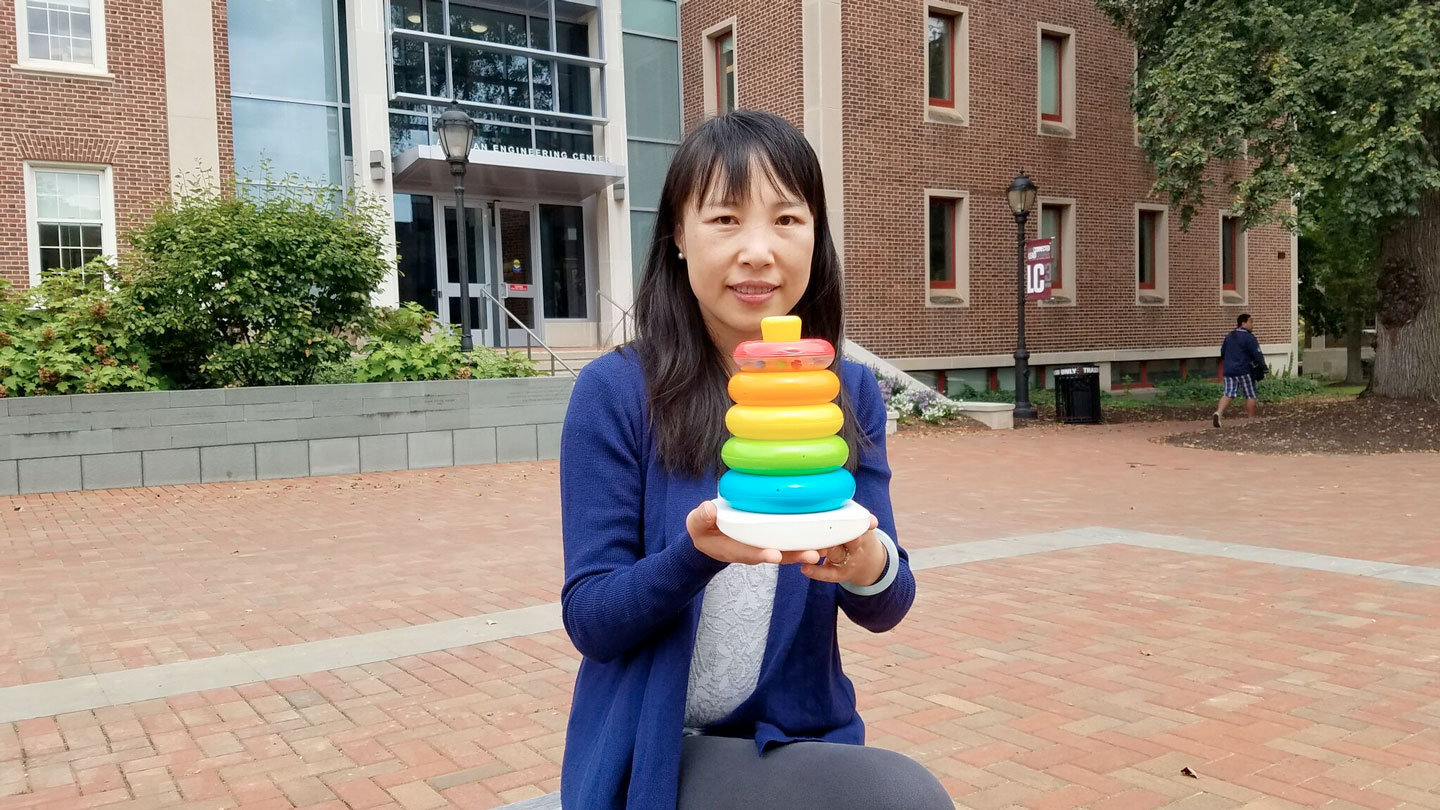 “Understanding the concept of recursion is very important in solving a lot of problems elegantly in computer science. Recursion is a process of a function calling itself in its own body. It is often used to solve a problem where the solution to the problem can be built on the solutions to the smaller versions of the same problem. The Tower of Hanoi game is a classic example used to explain recursion. It consists of three poles and a number of disks with different sizes on the first pole in ascending order—the smallest at the top. The goal is to move all disks from the first pole to the third pole, one at a time, where no disk can be on top of a smaller disk. I used to draw the steps on a white board to explain the solution. Then I tried using visuals, like books, my cell phone, and sticky notes to represent different-sized disks. After I had my daughter, looking for toys for her, I found the stacking rings. So now her colorful stacking rings become the perfect teaching tool. Students love the game!”

Explore the rest of the Computer Science department