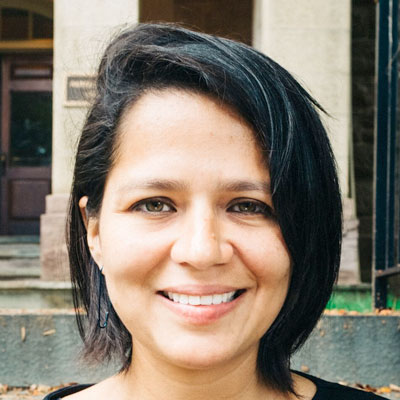 “I’m focused on the political and social implications of the punk rock scene that developed in Peru in 1980s and bonded around punk rock, literature, and visual arts. It’s an important episode for global punk. And it’s also important in the history of the country, because during that time, we had an internal war, an internal armed conflict between the Maoist communist group that was Shining Path and the Peruvian state. So these youth, they were contesting and reacting to the war, to the everyday impact of the war—the bombs, the terrorist attacks.”

What you can expect of me:

“You can expect to be challenged in the sense that I give them very different input. In my class now, which is kind of a survey in political, historical, and cultural trends of Latin America, one thing that they are challenged by but grateful about is the variety of forms. Like paintings and pictures and movies and comics. And we’re also going to reflect upon punk rock and feminism.”

“For them to discover this new world. They don’t associate punk rock with Latin America. They don’t know much about, for example, the Cuban revolution. Today, we’re going to see a movie that’s about the post-revolution time in Cuba. I am excited about them discovering these new things. And I’m excited about hearing their opinions about this, too.” 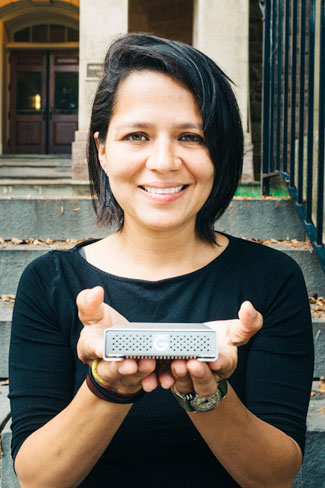 “My hard drive. Everything is on there. Everything from job applications to one of the most valuable things in my archive—what I did in the archive of the Peruvian national library. I was researching about the subculture and its impact in mass media. So I went to the archive to look for newspapers and magazines and scanned them with a pen scan. So that’s my most valuable thing here in the hard drive. I still have to classify these images, and a lot of them were like ‘Wow, this is crazy. Look at this. Look what people wrote.’”

“My background is in literature, and my research was in the literature that had conflict as a theme. So, after researching that, I was bored. It didn’t seem exciting to me, the literature of the time. So I started researching punk rock subculture, and I saw the importance of this cultural movement in the sense that it completed the narrative about the war in a very different way, because they were young. They weren’t professionals. So they didn’t have the stake of the professional. A writer would take himself much more seriously than a punk rock kid who’s doing art and fanzines. So their criticism about politics and the history of the country was really refreshing. They weren’t afraid of taking a weird stance. I think what attracted me most was the experimental, day-to-day type of thing. Like ‘let’s just do this and see what happens.’”

Explore the rest of the Spanish department