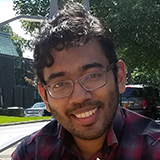 “Growing up as a kid in Bangladesh, I was really into science. I had lots of science encyclopedias, and I’d do silly experiments. In seventh or eighth grade, I read Hyperspace by Michio Kau, and that sold me. I knew I had to study physics. I love this idea of us humans being so small in this epic universe. Everything is so much grander than what we are.”

What you can expect from me:

“I’m teaching introductory electricity and magnetism, which lends itself to a lot of cool demonstrations and experiments. I’m looking forward to showing students how you can crank a magnet through a coil to light up a bulb. I think flashy things can be useful in getting a student hooked onto science.” 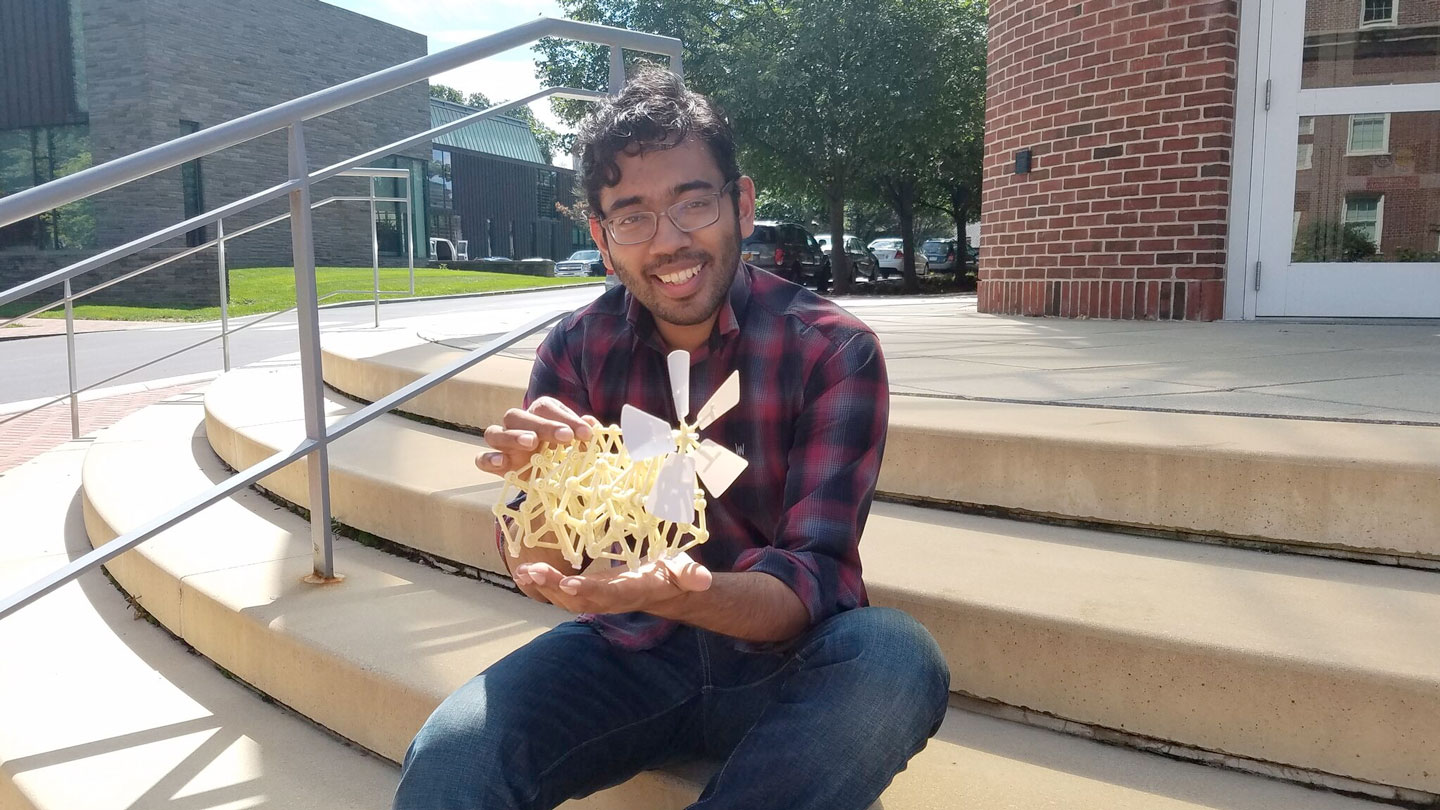 “This is a miniature version of a ‘Strandbeest,’ which is a creation of the Dutch artist/scientist Theo Jansen. Jansen assembles much larger versions using PVC piping and places them out on a beach where they walk, powered by wind. He’ll put 20 or 30 out at a time. He makes rudimentary ‘brains’ for them so they can make decisions. If one foot touches water, it will reverse direction. If the wind picks up too much, the feet will dig into the ground. He builds them using a very specific ratio of pieces, and if the ratio isn’t correct, the movement won’t look lifelike. That’s what fascinates me about it—that this organic movement comes from math and science. I love the artistic expression of science.”

Explore the rest of the Physics department