First thing one morning in late August, Hollis Ashby found a plea for help in her inbox.

Elizabeth Field, a former Pesky Artist-In-Residence at Lafayette, was planning to record an album in North Carolina with her string trio, The Vivaldi Project. The venue had fallen through. Could she and her group record their album at the Williams Center for the Arts? 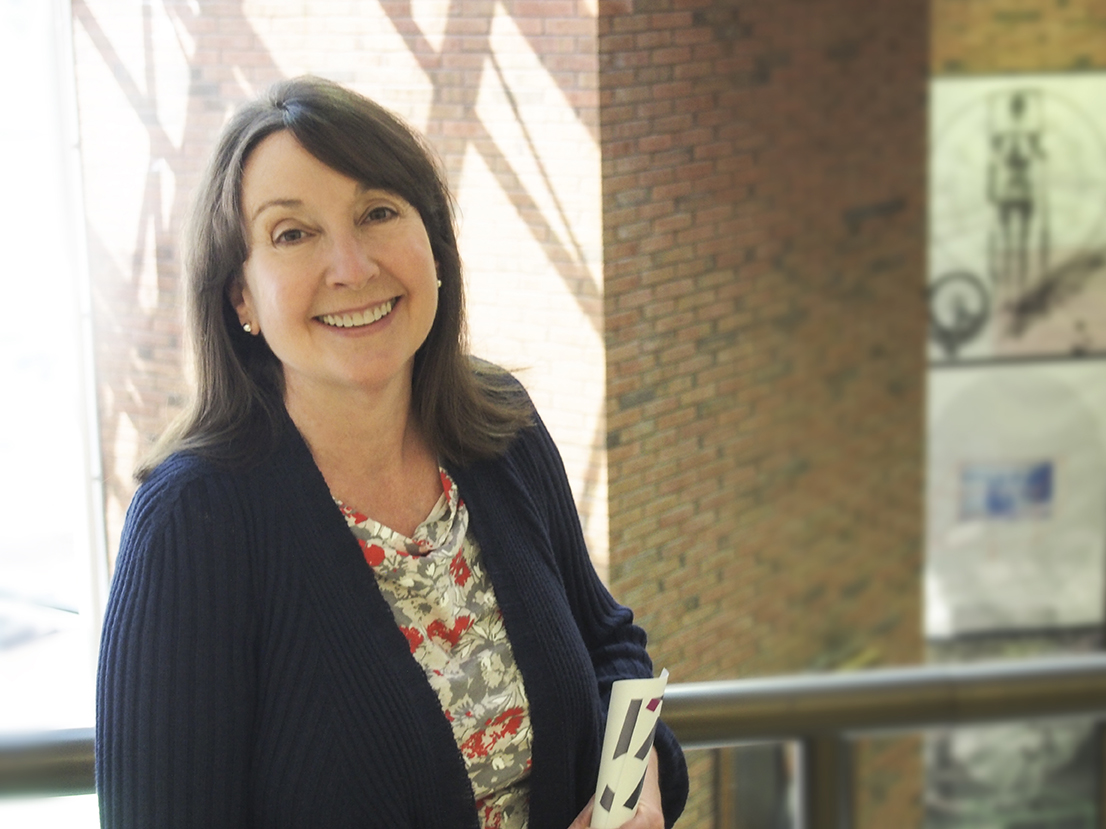 At Lafayette, classes had just commenced for the year. Students filled the practice rooms practicing Mozart and Ghanaian drumming, writing lyrics, and working on recording projects.

Still, Ashby, in her third year as artistic and executive director of the Performance Series, set about making sure all stars were aligned so The Vivaldi Project could be the latest act to cut an album at Lafayette.

Ashby’s job, after all, is linking artists and spaces.

“It’s really time consuming and it’s hard,” Ashby says, “but when it happens, it’s quite exciting.”

At Lafayette, she says, there’s always a chance for that kind of thrill—connecting audiences and performers in the perfect venue—on a growing number of stages, both grand and intimate. When she took the reins of the program from Ellis Finger, the man who created it in 1983, the Performance Series was already among the elite on the eastern seaboard. In three years, Ashby has introduced timely new acts, brought in diverse talent, and now has the advantage of new venues on the recently completed Williams Arts Campus.

Ashby is a professional appreciator of things. If it’s art, if you do it on a stage, chances are Ashby has at least a passing interest.

“I’m an omnivore,” she says. “I love everything. I love an intimate early music concert, and I love grand European dance theater. I’m excited about it all. And I want to share that excitement.”

“One of our strengths at Lafayette is our multi-disciplinary collaboration with the arts, and Hollis has embraced that strength,” says Jennifer Kelly, director of the arts and associate professor of music. “She reaches across campus to discover what our students and faculty are passionate about, and she reaches into our community to engage a wide audience in the cutting edge and diverse performances of music, dance, theater, and family-focused performances.”

After obtaining degrees in English literature and dramatic art 30 years ago, Ashby took her first job as a public relations officer with the San Francisco Symphony. She moved on to positions with the American Conservatory Theater and Cal Performances, the performing arts presenter and producer for the University of California, Berkeley.

The stage at the Williams Center is what drew her to Lafayette. Lafayette’s 400 seats are a fraction of Berkeley’s 2,000.

“It’s acoustically perfect for everything. Dance—visually, it’s beautiful for dance,” she says. “It’s really ideal for any sized orchestra that you can get on the stage and for theater, as well.”

And it’s small enough to make the performances intimate. “It has a very palpable effect,” she says.

Coupled with the proximity to New York—there are Big Apple acts Ashby can bring to Lafayette that she could never bring to Berkeley—the Lafayette presenter has an opportunity to put audiences and performers together like never before.

She brings a variety of acts from all corners of the world. For example, on Sept. 27, Cheikh Lo & the Ndiguel Band will visit from Senegal—one portion of the yearlong, multidisciplinary program called Tapestries: Voices within Contemporary Muslim Cultures, funded by Association of Performing Arts Professionals, Building Bridges: Arts, Culture, and Identity, a component of the Doris Duke Charitable Foundation and Doris Duke Foundation for Islamic Art.

In March, at the bottom of College Hill, in the new black box Weiss Theater, audience members will be invited to sit among the actors and actresses of the New York Bedlam theater company on stage to watch productions of Hamlet and St. Joan.

In the same building, in the Landis Cinema theater in William C. Buck Hall, audiences are watching performances from the London stage broadcasted on the big screen.

“There is no other professional hall in the region that embraces both the quality and the breadth of performances presented in the Williams Center for the Arts Performance Series,” Kelly says.

“A lot of students go to college and think, ‘Oh that’s the performing arts center, every campus has one.’” Ashby says. “But that’s not true. The Williams Center is a special place, and this program is one of the most respected in the country.… Our job is to open a window onto the worldwide platform of artistic expression, and to make sure the students take advantage of this unique resource.”

Categorized in: Faculty and Staff, News and Features
Tagged with: Williams Center for the Arts