The National Endowment for the Humanities has awarded Lafayette a $125,000 grant for the College’s part in continuing to build a digital catalog of records of early English drama dating from the early 1600s.

Under the direction of Suzanne Westfall, professor of theater, the project encompasses every reference its editors can find to entertainment in civic, ecclesiastical, royal, and noble sources as well as letters, wills, and antiquarian histories. 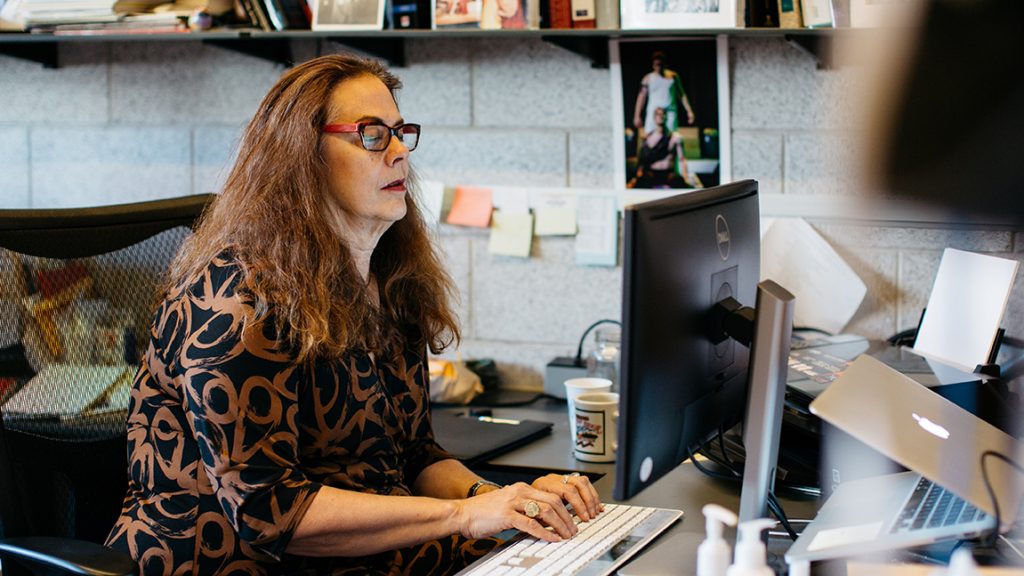 “The project has, quite literally, changed the way we understand the early modern history of dramatic activity in England,” Westfall says, “de-centering it from a London-centered view concentrating on Shakespeare to a picture of the country that is alive with all sorts of entertainments by all sorts of people in all sorts of places.”

Westfall personally is searching for records for the shire of Northumberland on the Scottish border.

The funds will pay for editing, coding, uploading, and hard copy publishing of “every smidgen of information we can find from the earliest date to the closing of the theaters by the Puritans in 1642,” Westfall says.

The larger international effort, Records of Early English Drama (REED), has for the last 35 years worked to locate, transcribe, and edit historical documents containing evidence of drama, secular music, and other communal entertainment and ceremony. Along with 27 collections of records in print, REED is building a dynamic collection of freely available digital resources for research and education. Its digital publication site, REED Online, launched in March 2017.

Westfall is a member of the group’s executive board.