Picture a lotus pose at the Lincoln Memorial. A trikonasana at the Washington Monument. Or maybe a chakrasana at the Jefferson Memorial.

Yoga has been a growing trend, but nowhere in our country is it needed more than Washington, D.C. Given the partisan loggerheads and Twitter outbursts, the zen-inducing practice might help settle the minds, bodies, and spirits of our elected officials… and the pundits who cover them. 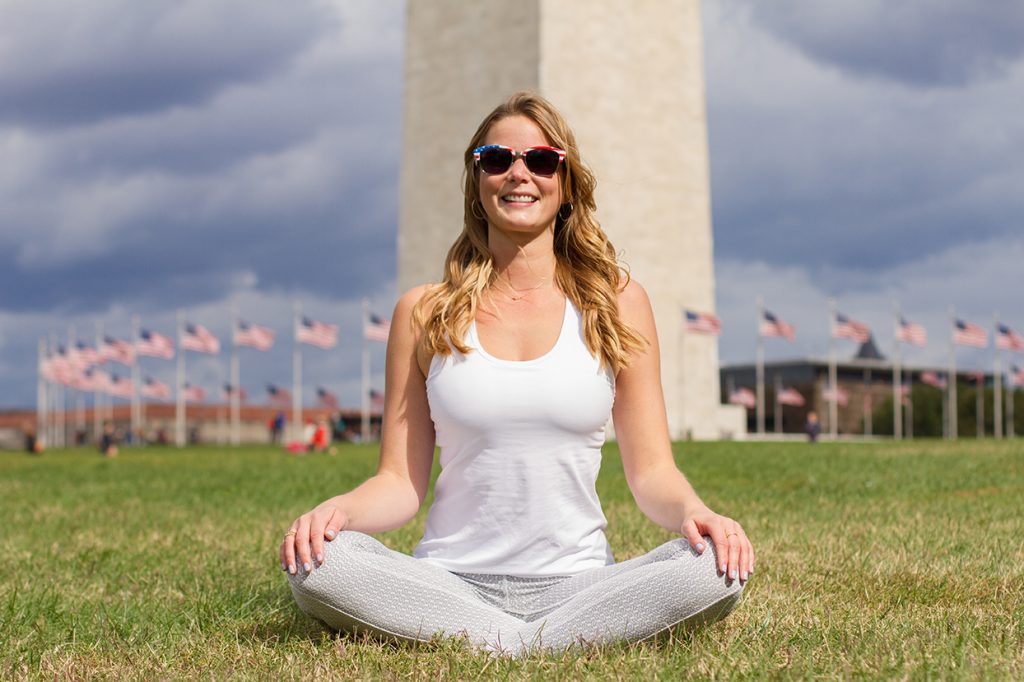 It helps Kelsey Harkness ’11 as she delivers investigative and feature reports for the conservative news outlet The Daily Signal.

“I recently became a certified yoga instructor, but unfortunately, I have not had as much time as I’d like to teach,” she says. “However, I still practice regularly, which has been incredibly helpful in balancing out the stresses of living in Washington, D.C.”

And Kelsey is busy, covering Venezuelan prisoners, writing for BRIGHT, a subscription-based email for women, and producing video segments on people such as the religious baker who refused to make a cake for a same-sex wedding.

The former Lafayette lacrosse player and high school gymnast was geared to strenuous training and physical fitness, but with yoga, she found “clearer thinking, less reacting to minor setbacks, and more gratitude for what I have.”

This spiritual side had helped her tackle the common misconceptions that surround conservatives.

“As a conservative journalist, I cover news in a more transparent way than others who hide their opinions,” she says. “I am excited to share news that exposes viewers to different perspectives, stories that focus on the real people. The topics may be difficult and generate strong emotions on both sides of the debate, but I meet, spend time—days in fact—with people who share their stories. I get to better understand their thoughts and beliefs and give those watching a chance to hear the full story.”

This approach has earned her accolades. The Steamboat Institute, a nonprofit that promotes conservative ideologies, honored Harkness at its annual Freedom Conference with the Tony Blankey Fellowship for her work as a news and documentary video producer covering conservative policy issues.

“I was humbled and honored to follow a list of previous fellows whom I respect and look up to,” she said. “It was intimidating to address a room full of thought leaders, knowing that Steve Forbes would follow me with a keynote address. But Mr. Forbes then mentioned many of the key themes from my speech. I was flattered.”

She hopes the award will help support her work, grant her a greater audience, and engage her network.

“I applaud the institute for recognizing the power of the various media I use,” she says. “Video can capture human emotion in a way that writing can lose.” 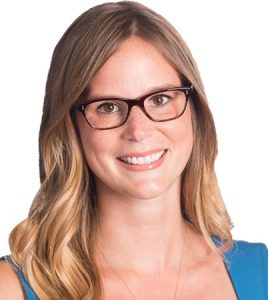 Harkness knows that she is a rare college graduate for using every aspect of her degree.

“I created my own major in international affairs and film/media,” she says. “Now I get to translate complicated policy issues through new media.”

More than her major, she recognizes how the College inspired her. “My classes opened my mind to political issues and international abuses, particularly to women, that I never knew existed, issues that I need to communicate to the public.”

Harkness has many more stories to investigate. While her focus is national now, she envisions a stage to present international stories. Until then, she calls D.C. home and wants to attract more Lafayette graduates down to the capitol.

“I hope to build a network here and share my love for this city,” she says. It’s what prompted her Capitol Yoga blog. “In social media I saw yogis doing poses on beaches across the globe and thought nothing would be cooler than showing off the history and beauty of Washington, D.C.”