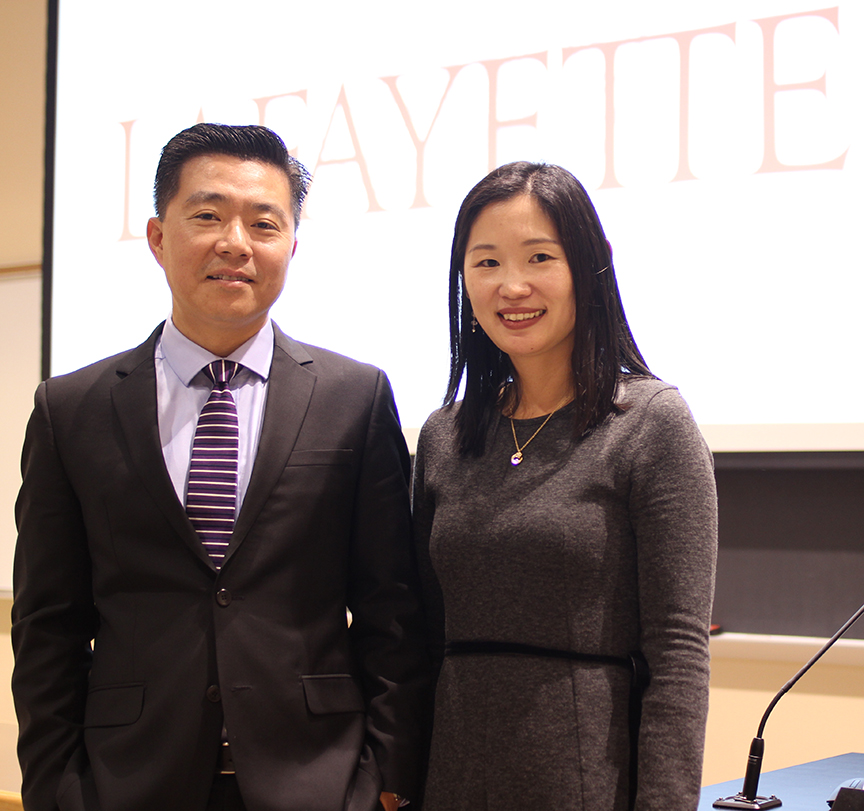 In a filled Oechsle Hall auditorium on a Friday afternoon, Seo-Hyun Park, associate professor of government and law, and Il Hyun Cho, assistant professor of government & law and Asian studies, both noted scholars in Asian studies, move students, faculty, and administrators through the most important factors that shape U.S. and North Korean relations. Given the recent rhetoric between the leaders of each country and escalating actions, the audience is rapt. Covering history, economics, nuclear negotiations, and more, their top 10 list of questions and answers is a broad yet precise synopsis of international relations in East Asia.

Question 1: What is the history prior to the current nuclear crisis?

Question 2: Have there been prior confrontations between the U.S. and North Korea?

Question 3: Why do tensions persist between the U.S. and North Korea?

Question 4: What does North Korea want?

Question 6: Will North Korea actually use the bomb?

Question 7: What would be the consequences of a military clash?

Question 8: Is there a Trump Effect?

Question 9: What about U.S. allies?