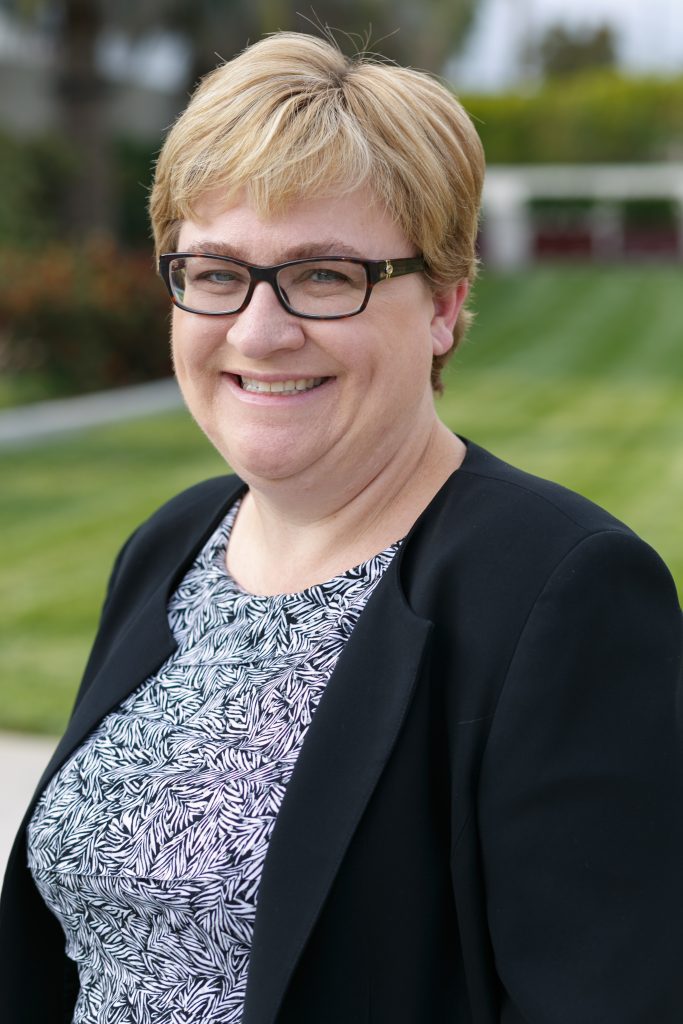 As a West Coast native attending an East Coast college, Heidi Ludwick Hanson ’91 learned the challenges of being separated from family and how support networks can make the difference between success and failure.

As a director of Rain Bird Corporation, one of the world’s largest manufacturers of irrigation equipment, she recognizes the positive impact technology can make in a rapidly changing world.

“Our business is founded on the idea of people trying to find ways to do things better,” she says of the company started by her grandparents in the 1930s. “If you don’t have the science and technology and engineering base, you can’t make improvements to the world.”

Earlier this year, Hanson and her husband, Daniel, committed $5 million to support a new science, technology, engineering, and math (STEM) facility within Rockwell Integrated Sciences Center (RISC), which is expected to open in fall 2019. In addition to the Daniel and Heidi Hanson ’91 Center for Inclusive STEM Education, RISC will house the departments of biology, computer science, and environmental studies, as well as the IDEAL Center for Innovation and Entrepreneurship and provide additional space for neuroscience.

The Hanson Center will serve as a home for research and programming and address the national need to recruit more women and underrepresented minorities to the sciences.

The initiative comes as the College works to add 40 faculty and 400 students over the next eight years as part of its strategy to admit highly capable students without regard for personal or family financial status.  Plans call for hiring more women faculty in STEM fields and more members from underrepresented populations to positions in all disciplines. Of the 17 new faculty added in fall 2017, seven are in STEM fields, and six of the STEM hires are women.

“As we seek to increase the diversity of our student body, it will be important to ensure that the students we admit are positioned for success in any field they choose to study,” says President Alison Byerly. “Lafayette’s traditional strength in STEM disciplines makes us the ideal place to advance efforts to promote greater representation of women and minorities in these important areas.”

As a leader in her family business, Hanson understands the need to constantly innovate.

“I was an economics and business major with a focus on accounting,” she says. “When I was going to college, computers were just coming into the market.”

Rain Bird has a long tradition of not just providing equipment for irrigation, but also working with customers and others to teach them about proper water use. Hanson says the recent drought in California, which lasted for almost five years before storms this past winter helped end it, underscores the need for better education and technology in water use across the globe.

“Our goal is to be able to have the technology to use water efficiently. There are places now where we have to go in and teach people how to do that,” she says. “It’s a totally different world we live in—all because of people who understand science and technology.”

The Hansons’ gift builds on the couple’s long-standing support of underrepresented student groups. In 2009, a gift from the Hansons paved the way for the creation of Summer Program to Advance Leadership in Science, Technology, Engineering, and Mathematics. This six-week experience provides academic support to students from these groups while exposing them to college life and the surrounding community.

“My intent was to enable Lafayette to support students, often first-generation students, who need extra time by bringing them in during the summer,” Hanson says. “I got involved in that because I like the idea of helping kids who might not succeed in college because of where they come from.

“They often have so much pressure to succeed. That tied me into the STEM incubator and efforts to integrate more women into STEM fields. I think the things we have been talking about come together in the new center.”

The Hansons also support the Clare Booth Luce Scholars Program at Lafayette, which partners about a dozen female engineering students with faculty members to conduct innovative summer research early in their college careers. That research typically addresses timely questions and issues that have broader relevance in engineering. Such research and mentoring have been shown to increase the persistence of women and other underrepresented groups in earning an engineering degree.

Heidi Hanson is the youngest graduate to be inducted into Société d’Honneur, which recognizes extraordinary generosity to Lafayette. Her ongoing support is a way to pay it forward for the welcome she received when she first visited the campus during a college tour in the late 1980s. A Glendora, Calif., native, she knew she wanted to attend an East Coast school and visited several during a college tour. She had an extra day in her schedule and liked the appearance of the Lafayette campus on a map, she recalls.

“I had a vision of what a college should look like, and I wanted to go to a school that was similar to my high school, which had about 1,600 students,” says Hanson, former chair of the College’s West Coast Advisory Council. “All of the students and staff were very nice to us, and I just felt like Lafayette had the best feel to it. The Lafayette experience, to me, was being able to come in and fit in with everyone. I want to help other students experience that.”