Sue Wenze, assistant professor of psychology, has received a fellowship from the American Association of University Women (AAUW) to research mental health care for new mothers of multiples.

“Receiving this support to conduct a full year of research is a dream come true,” says Wenze, who has been studying this topic since 2012, two years after she became the mom of identical twin daughters. “As an AAUW American Fellow, I will be interviewing new mothers of twins and higher-order multiples to better understand the mental health support that would be most helpful in the postpartum months.” 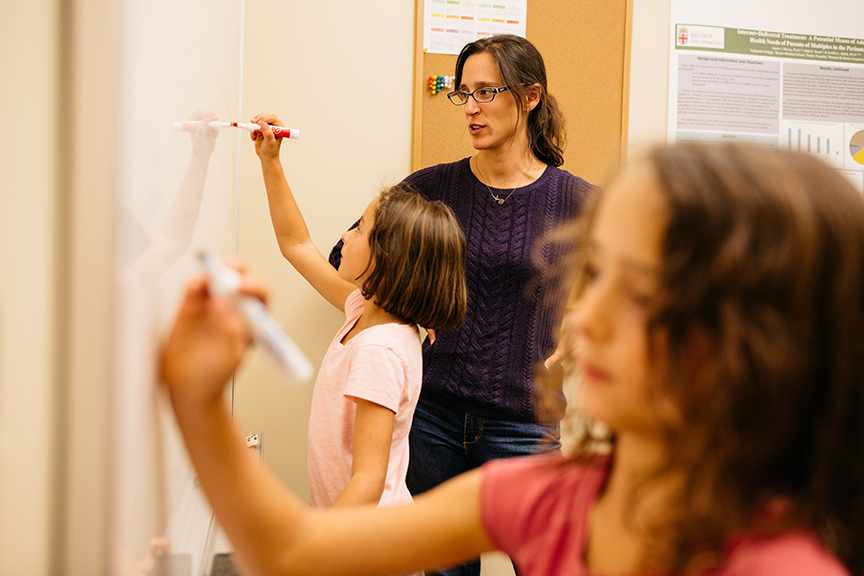 It’s a passion project for Wenze, who understands just how tough it is to simultaneously care for two or more newborns.

“It’s a brutally challenging time,” she says. “There is stress, sleep deprivation, the disruption of your life with your partner, and the feeling of being isolated, which can be compounded with multiples because of the unique logistical issues. I remember being housebound after a snowstorm. I had really wanted to go out for a walk, but the path shoveled on the sidewalks wasn’t big enough for my double stroller.”

Wenze’s ultimate goal is to develop the first psychological intervention specifically designed for moms of multiples. Her previous research indicates that online and tele-health support is appealing to these parents, who may have an especially difficult time getting to face-to-face therapy sessions. 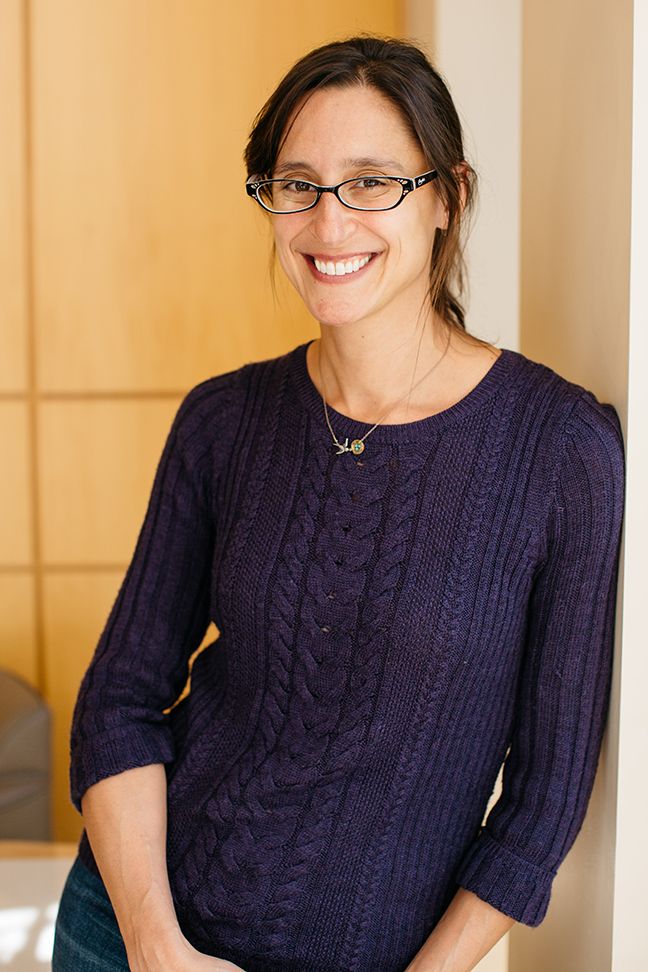 “Technology can expand the impact and the reach of traditional face-to-face therapy, which is expensive, takes time, and requires planning,” she says. “The goal would not be to completely replace that type of therapy, but to increase therapeutic contact between sessions, or perhaps to serve as standalone treatment in the early postpartum months, when getting to a set appointment just isn’t feasible. Technology-assisted support is an important area in treatment development research right now.”

One method that Wenze plans to explore is audio/visual storytelling, in which moms of multiples would be filmed or recorded sharing their personal experiences. “So if a woman is up at 2:30 a.m. trying to tandem breastfeed, she could watch a video of moms who have gone through the same challenges and frustrations and feel a sense of community,” she says.

Interventions are particularly important for this population because moms of multiples may experience higher rates of postpartum depression, and their symptoms may be more extreme compared to moms of singletons.

American Fellowships, AAUW’s largest funding program, support female scholars as part of a broader mission to empower women and girls through advocacy, education, and research. They date back to 1888, which makes them one of the oldest and most prestigious fellowship programs exclusively for women. Wenze’s fellowship is one of 79 that AAUW awarded for 2017-18.