Alumni with global experiences give career advice and network with students. Twitter

Maybe your future job is thousands of miles away, working in education in a third-world nation or dealing with clients who don’t speak the language.

Lafayette’s Office of Career Services recently invited alumni with global experiences for a panel discussion and networking opportunity with some of our students.

Here’s who visited and a little of what they had to say. 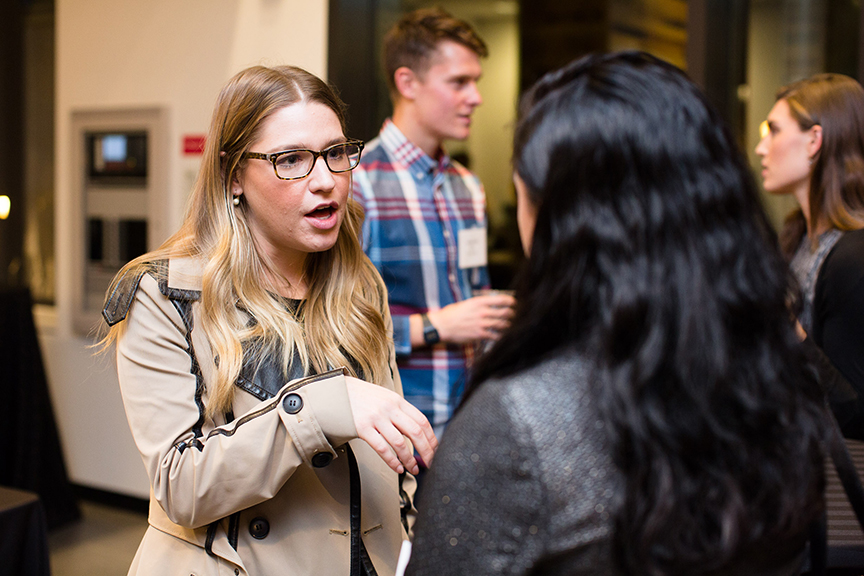 “Don’t take this the wrong way, and while I think it’s really important that you do well in your courses here, once you graduate college, nobody cares what you did in college. It gets you in the door, but the second you start, it only matters what you do from then on. So hit the ground running, try really hard, and just prove yourself.”

Chehi is senior auditor at The Vanguard Group. Previously, she was a finance audit associate at  Campbell Soup Company. As a student at Lafayette, she studied for a full year in Shanghai and Beijing. She majored in economics and Asian studies.

“Think critically about your work and how it impacts the communities you’re going to be in.”

D’Amelio works for ActionAid as an education intern in Cambodia. She worked as a research assistant for UNESCO in France and completed her master’s degree in international education development from University of Pennsylvania Graduate School of Education. At Lafayette, she majored in English and French. 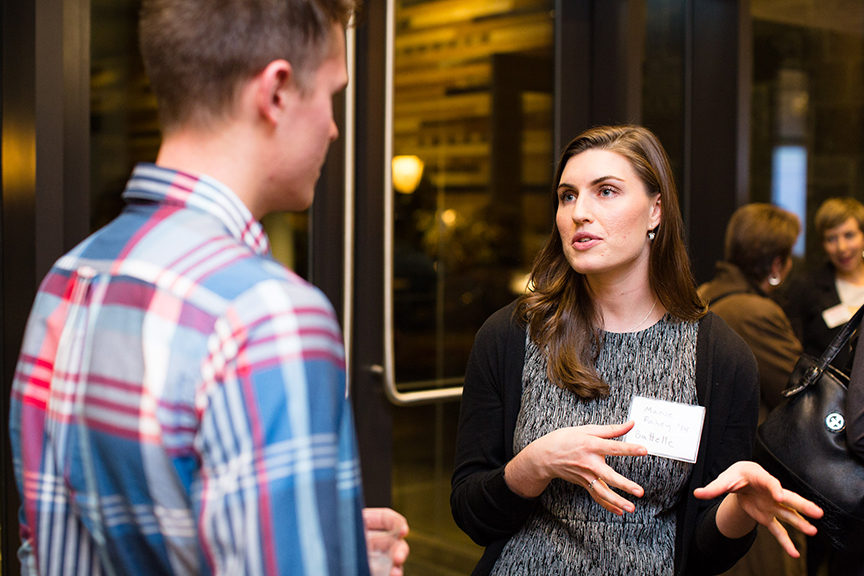 “Don’t take rejection personally. You’re probably going to be rejected a lot in a lot of different ways, whether it’s jobs, whether it’s a college you applied to or a volunteer opportunity you really wanted. It’s being able to bounce back from that and having the grit to move forward, rather than balling up on your couch and saying, ‘I’m never applying for another job.’ And whatever you’re doing, whether you like it or not, always make sure you maintain your integrity.”

Fahey is an analyst at Battelle, a company that conducts research and development for government and commercial customers. She’s part of a newly established team at Fort Lee, where she oversees areas of processing Army doctrines and policies. She majored in international affairs and government & law. 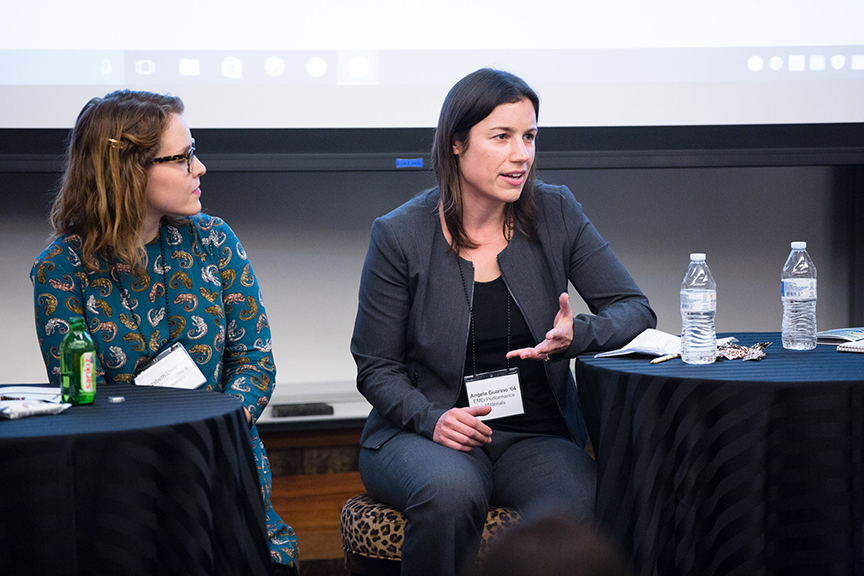 “A lot of jobs, like most things, happen because you know someone there. The ideal situation is when you’re trying to get something externally and someone internally is advocating for you.”

Guarino has worked as general counsel for more than two and a half years at EMD Performance Materials, a global science and technology company. She obtained a Master of Arts from Middlebury College and earned her Juris Doctor at Boston College Law School. She majored in government & law and Spanish. 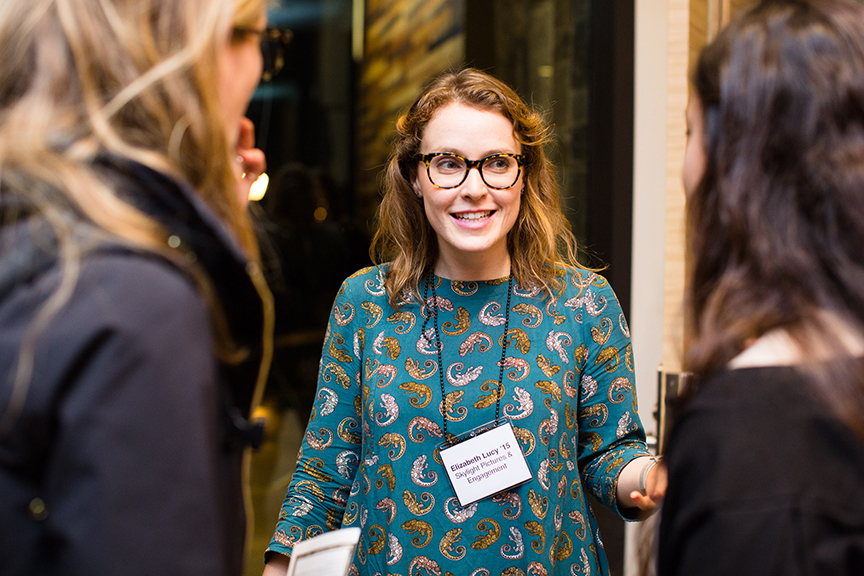 Lucy is the engagement coordinator at Skylight Pictures and Engagement, a nonprofit media production company focused on promoting human rights. She is the first person to hold her position in the company. She majored in international affairs. 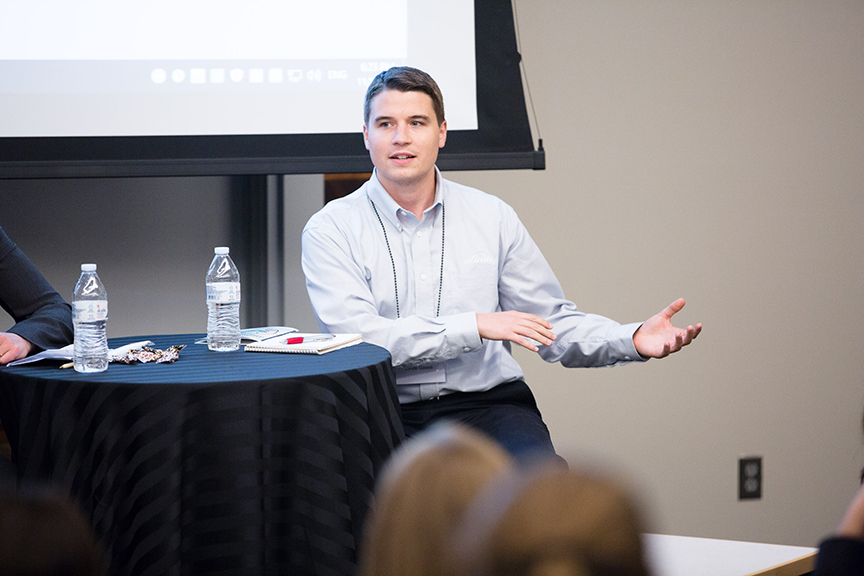 “No. 1: A burning desire to do something great. You have to want it. No. 2 is service. Be in service for others. Your skills are not yours, they’re to give. And No. 3, just be kind. Be kind to people in your career.”

Pezon is customer support manager at Linde Gases, a leading gas and engineering company. After he graduated with a degree in chemical engineering and Spanish, Pezon earned his master’s degree in international business from IE Business School in Madrid, where he completed his coursework entirely in Spanish.

“You don’t have to know all the answers. I put a lot of pressure on myself when I graduated. A lot of it is being humble and admitting, ‘I don’t know what I’m doing with this, can you help me?’ Nine times out of 10, or 10 times out of 0, they will help you. … Being humble doesn’t mean being selfless, it means thinking of yourself less.”

Muñoz is a human resources business partner for Nielsen, a global performance management company. He was involved in Nielsen’s HR Emerging Leaders program for two years. He majored in international affairs. 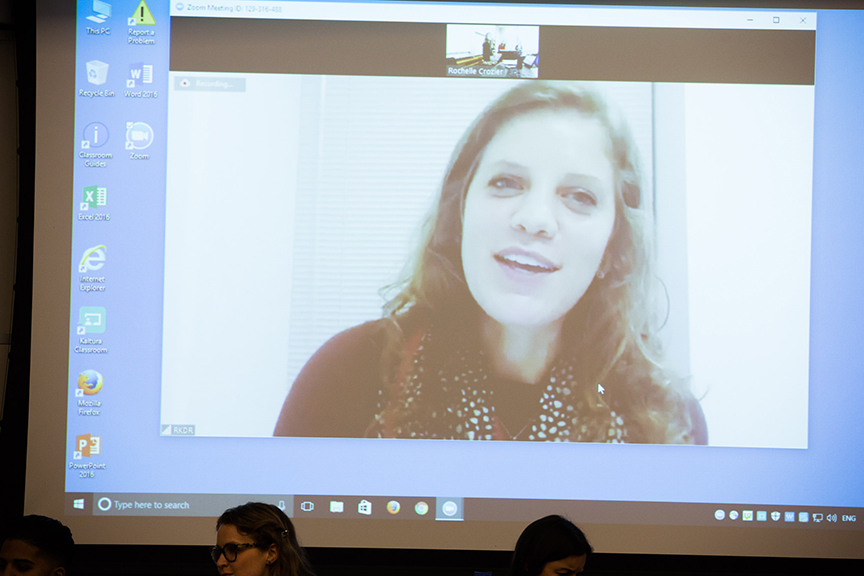 “Find mentors and take advantage of them. Go abroad. And don’t worry about having everything planned out.”

Raycraft is a Juris Doctor/Master of Public Policy candidate in her second year at University of Virginia School of Law and UVA Batten School of Leadership and Public Policy. Before starting law school, she was a research assistant at Social Dynamics LLC and a visiting professor at Universidad Continental in Peru. She was an international relations and government & law major.