On the third floor of Pardee Hall, piano music sometimes drifts from a storage room.

During breaks from her work as English department secretary, Maureen Mulrooney practices there on a Yamaha keyboard she’s propped next to file cabinets in front of a window that admits light from the Quad. She’s taking lessons from the College’s music department.

She isn’t shy about it. Want to hear “Greensleeves”? If she has a moment, Mulrooney will stand up from her desk, stride across the room on the high heels she wears every day, and flip sheet music atop a stand to the dots and lines that tell her fingers how to make that melody. Then she’ll give you a flawless rendition.

“That’s my favorite,” she says.

She’s been learning the piano for about a year and a half. She loves it, but it’s not easy. It might have been hard enough when she was a young girl. That was … well, more years ago than she’d care to tell you about.

Growing up in Jersey City in the 1950s, Mulrooney had always been fascinated by keyboards. She loved music. Rock and roll, country, classical. She’d play her mom’s records and listen for the tinkling ivories.

She wanted to take lessons, but the opportunity never seemed to happen. Still, her love for music never wavered. Years later, when she went dancing with her dance-instructor husband, Joe, if a band would be playing, her eyes would lock on the fingers of the pianist—the way they would skip and cartwheel over the instrument’s teeth. “Well,” Mulrooney thought, “I’ll never be able to do that.”

She spent 21 years working at AT&T in New Jersey and Allentown, Pa. After she retired, she took a job at Lafayette in 2010, moving to the English department in 2012.

The emails offering piano lessons for staffers had always captured her attention, but she’d always open them and then let them go. Finally, last September she worked up her resolve and responded. Yes. She was interested.

When her teacher, adjunct instructor Alexis Fisher, called to check on her background, Mulrooney said, “I never touched a piano. Never sat at a piano. Don’t know how to read music. You have no bad habits to break.”

Mulrooney isn’t the only non-student learning to play the instrument. During the fall semester, 13 faculty and staff members took lessons from Fisher.

“I always have great respect for the adult students, who usually maintain professional lives and family responsibilities while trying to study an instrument and practice regularly throughout the week,” Fisher says. “They are very motivated people.”

At Fisher’s office, Mulrooney discovered that even though she was working for the English department, she’d be learning a foreign language. Symbols on a staff told her where to put her fingers to make notes that eventually constructed scales or simple songs.

Sometimes she’d trip over a note or play the wrong thing. By instinct, Mulrooney would go back to the beginning.

Mulrooney searched through the lines and dots swimming in front her. “Where’s the G?” she’d say.

Sometimes she’d play a measure faster or slower than it was meant to be played. When she practiced on the keyboard she bought for her living room, she called to Joe, who’d sit in the family room listening to her, to join her and help her keep time. 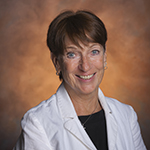 At the end of that first semester, Fisher invited her to a party at her home. Everybody had to play something on the piano.

By then Mulrooney could play the song “Scarborough Fair” as a duet with Fisher. “I was amazed how beautiful it sounded,” Mulrooney says. Playing in public didn’t bother her.

The following semester, Fisher took a leave of absence, so Mulrooney studied with a new teacher. Adjunct instructor Anna Maria Marzullo sometimes seemed more ambitious than Fisher. Where Fisher assigned a few bars of music for Mulrooney to master, Marzullo gave her songs that went on for as many as two pages.

“I wouldn’t give you anything I didn’t think you could do,” Marzullo would tell her.

That was enough. “I just had this fear leave me,” Mulrooney says. “It was great.”

One day, English department head Pat Donahue told Mulrooney she had a surprise for her. Donahue, who was also taking piano lessons, handed her a Yamaha keyboard.

“These people are amazing,” Mulrooney says. “They really are.”

She isn’t ready for her Carnegie Hall debut. She might not ever be able to hammer out her favorites—Billy Joel’s “Piano Man” or “New York State of Mind”—at the edge of a dance floor.

But she’s learning to make music. And that’s all she wants to do.

Early in her lessons, Fisher told Mulrooney wearing heels and working the pedals on a piano is problematic. At home, that’s not a problem—Mulrooney goes barefoot behind the keyboard.

On campus, she changes into flats for her piano lessons and slips on high heels for business.

Fisher once told her she’s the only person who takes off flats and puts on high heels to walk across campus.

Categorized in: Featured News, Music, News and Features, The Arts