Sixth-grade detectives learn science as they crack a case during their campus visit. Twitter

Most people don’t think of the Sesame Street cast as shady characters, but one of them stole Cookie Monster’s cookies. The two mains suspects: Ernie and Bert. Found at the scene were an empty plate and polite thank-you note. Both suspects were carrying black markers that matched the note.

Luckily sixth-grade detectives from Nitschmann Middle School in Bethlehem School District were assigned to the case. Their main tool to solve this crime? Diffusion! 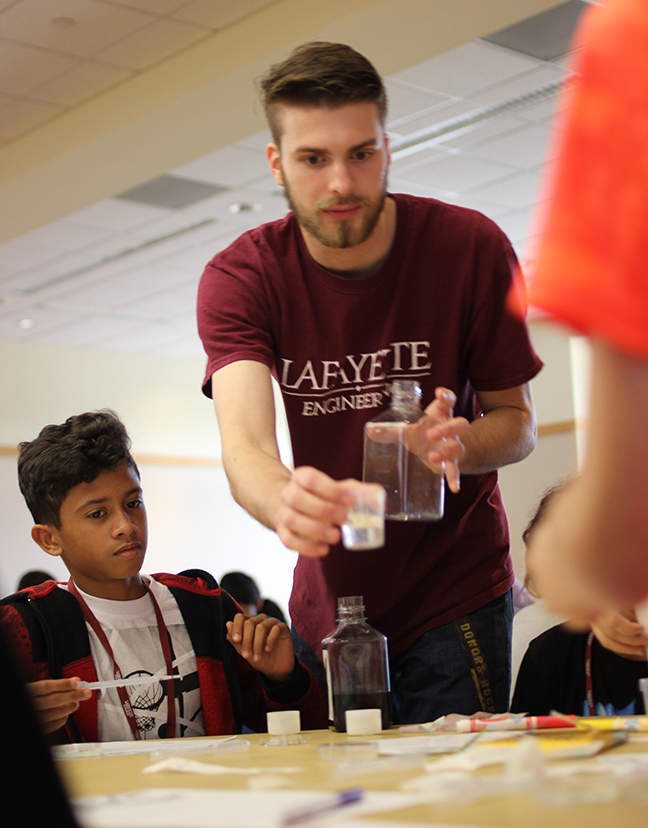 That’s what Kyle Doolan, visiting assistant professor in chemical and biomolecular engineering, plans to teach students in their campus visit.

As they stream into the Marlo Room in Farinon, Doolan has them gather on one side of the room … all 81 of them. He then turns on a fun Justin Timberlake song and asks them to dance.

“Burn off some of that excitement,” he says. “So get moving!”

Self-consciously, the students giggle and squirm, but slowly they spread out and start to move.

When the song stops, Doolan asks them to share their experience.

“I felt squished at first, but then I loosened up,” says one student.

“That is diffusion!” Doolan says. “Let’s take our seats and learn more.”

The students are here for a campus visit under the watchful eye of Carol Rowlands, assistant vice president of admissions. All the Nitschmann students are divided into teams named after various local colleges. This is Team Lafayette. 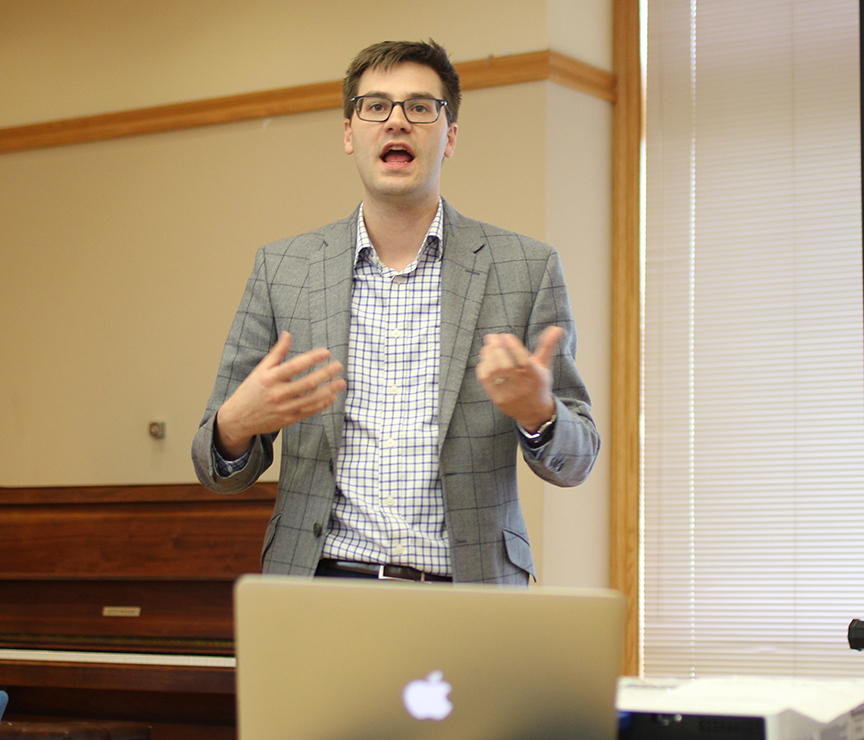 Sixth-grade teacher Jonathan Ortwein has had Team Lafayette visit the campus for four years. The day is divided into two parts: touring the campus and a hands-on presentation.

“This partnership is of extreme value to our young students,” Ortwein says. “About half of our team come from families who have attended college. This visit is an opportunity for many of our students to see that there is something of great benefit beyond high school. Our kids get a glimpse into what is out there, engage with students and professors, and hear the tour guides give real answers to the questions they have.”

Research has suggested that early exposure to college can have a positive impact on students’ aspirations toward attending, especially first-generation students. That’s why Center for Community Engagement (CCE) has picked up what Rowlands and the Office of Admissions have started and launched an initiative to bring the college to area elementary school students at a selected United Way Community School. If the initiative proves successful, CCE plans to expand into other schools.

Ten tables dot the room. On each are two different packs of markers, some water-based solutions, and Petri dishes.

Doolan lectures for a brief moment about diffusion: the definition, origin, and history, the equations, and the factors that increase or decrease it. He shows a few YouTube videos to illustrate various concepts.

Now it is time to apply those concepts to our hardened cookie criminals. Doolan, at this point, shifts the discussion to scientific method.

“I want you to make a hypothesis based on what little we know,” he says. 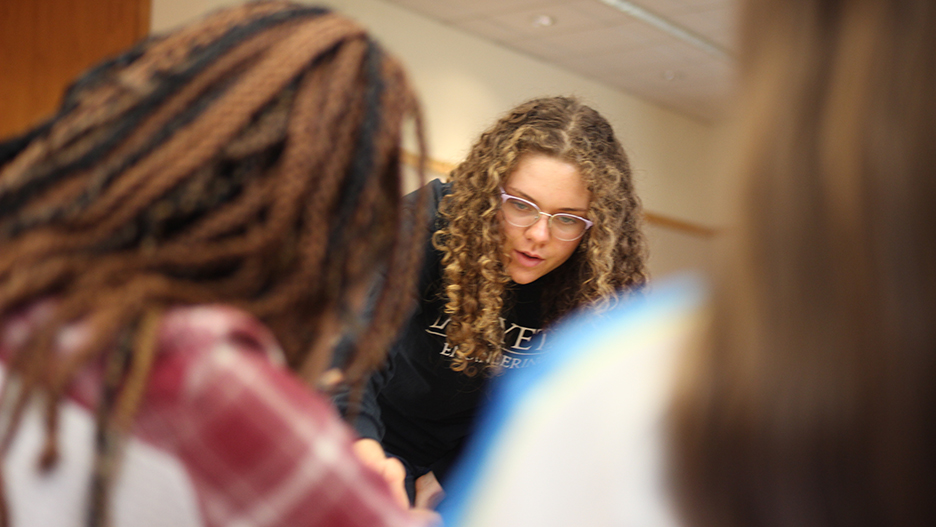 Some of the kids point the finger at Bert because of his suspicious unibrow. Others feel Ernie’s big smile is hiding something.

They then put their guesses aside and begin the experiments. Sara Mikovic ’18, a chemical engineering major, recruited a few other Lafayette students to help with the organized chaos.  Chemical engineering majors Owen Robbinette ’18 and Thomas Beier ’19 and computer science major Julian Binici ’19 move around the room helping students with each test.

Next up are the markers. Doolan hands each table a piece of the thief’s thank-you note. Before they test it, students must test how the washable and standard markers diffuse. Students draw lines on paper and dip the paper into a solution.

As they test the thank-you note, white rings are forming around the blood sample.

Whom will detectives accuse of pilfering the plate of cookies?

“Correct!” Doolan says. “You are communicating your conclusion after testing your hypothesis, and using diffusion as the tool in this crime scene investigation.”

The students are engaged, Bert is apprehended, and admissions tour guides are waiting in the wings to inspire students with a visit across campus.

While minds are opened, the case of the Great Cookie Caper? Closed!