You don’t have to look hard to see Lafayette’s commitment to sustainability. From new recycling bins and signage, to reusable dining takeout containers, to water-bottle refilling stations, the College’s efforts to reduce its footprint and be environmentally responsible is around every corner. “Our goal is to create a thriving campus community integrating environmental stewardship, social equity, and economic vitality into academics, operations, and social values,” says Marie Fechik-Kirk, director of sustainability. There are a few new campus initiatives that further Lafayette’s goal of protecting the surrounding environment that you might not be aware of. Here are three.

No one likes coming across a dead warbler, cedar waxwing, or hummingbird outside a campus building. Especially not Mike Butler, assistant professor of biology, and Dave Brandes, professor of civil and environmental engineering and co-chair of the environmental science and environmental studies programs. Butler and Brandes and their research students have been ongoing advocates for efforts to prevent bird mortality on campus.

Birds often die after flying into windows, either instantly from the impact or after becoming injured. They don’t see glass as a solid object; instead they see the reflection of sky and vegetation or the open space on the other side. In 2016, with help from Jeff Acopian ’75, Butler and Brandes successfully advocated for a protective measure on Hugel Science Center: Strings of parachute cord spaced four inches apart—too narrow for birds to fly through—now hang from the second floor of the building and have reduced bird mortality by 89 percent. 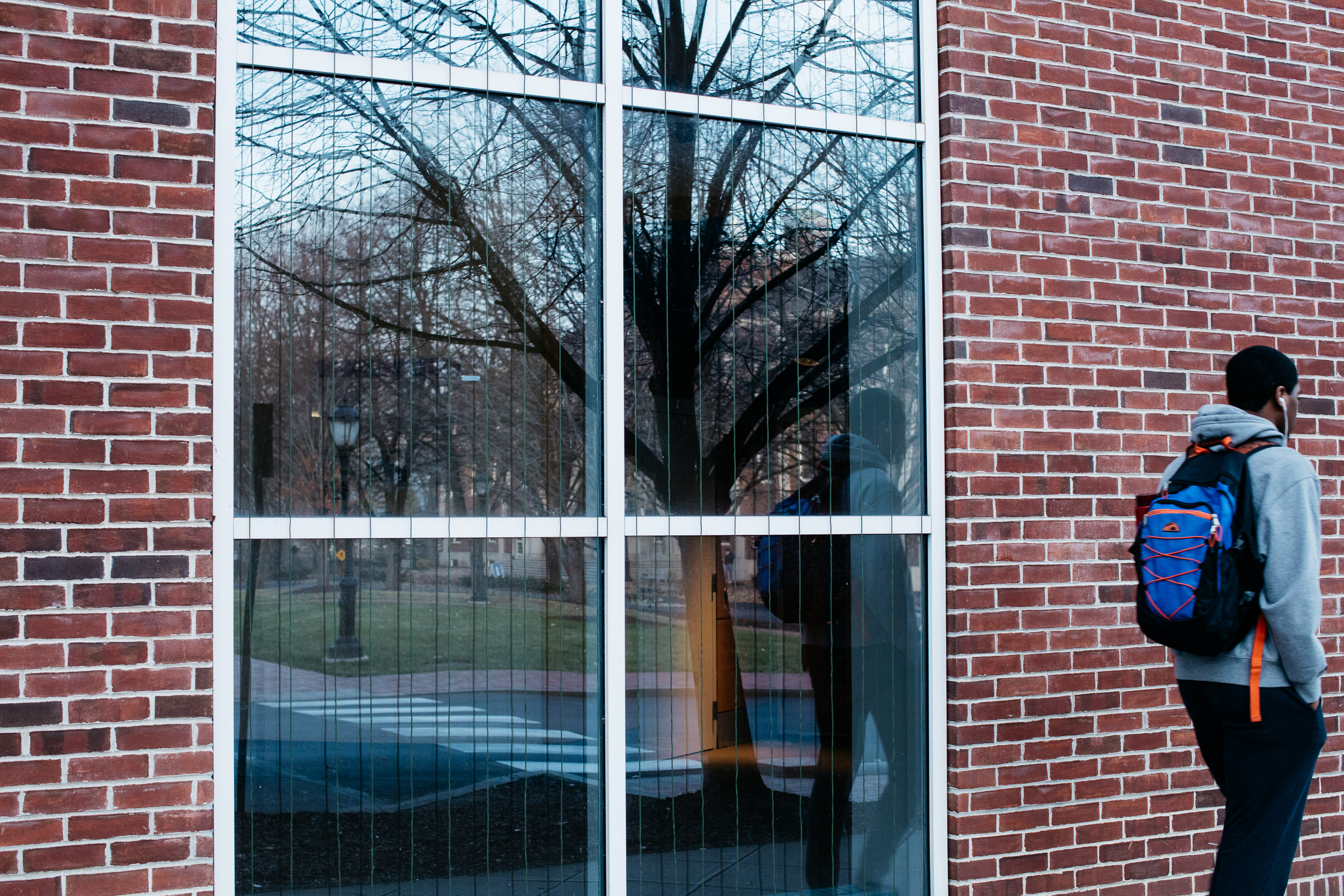 Most recently, Butler and Brandes contributed to a paper published in the journal Biological Conservation, which looked at window-collision risk factors at college campuses across the continent. Their data collection, replicated at dozens of institutions and recognized internationally, will help them as they continue to protect birds on campus.

In fact, in response to Butler and Brandes’ ongoing efforts, architects of Rockwell Integrated Sciences Center have announced that wall areas around the lobby and public spaces of the new building will feature “fritted” windows—small ceramic dots added to the glass to help deter birds from striking. The building also was deliberately designed to limit the use of exterior glass, another proven method to reduce bird impacts.

“Our goal is to create a campus that’s ecologically sound,” Butler says. “Our administration, faculty, staff, and students are working together to tackle this global problem. It’s important to contribute to the effort and make changes that can have an impact.”

Butler and Brandes’ work will continue: They are investigating the use of a protective film with horizontal lines that could be placed on existing campus windows to save even more birds.

Residents of East and West Fisher Halls have a sustainability effort right outside their doors. The campus’ first-ever stormwater bioretention area was planted this spring to slow and filter stormwater so that fewer pollutants reach Bushkill Creek. The bioretention area vegetation was scientifically and strategically selected for its ability to withstand saturated conditions but also to be able to thrive when the water dries up. The garden is comprised of native perennial plants that encourage biodiversity and attract pollinators, which is critical to supporting a declining population of bees and other pollinators.

“We are looking to create more ecological enhancements on campus that help broaden our view of sustainability,” says Brandes. “This is just a pilot; we hope to add more projects like this on campus.” 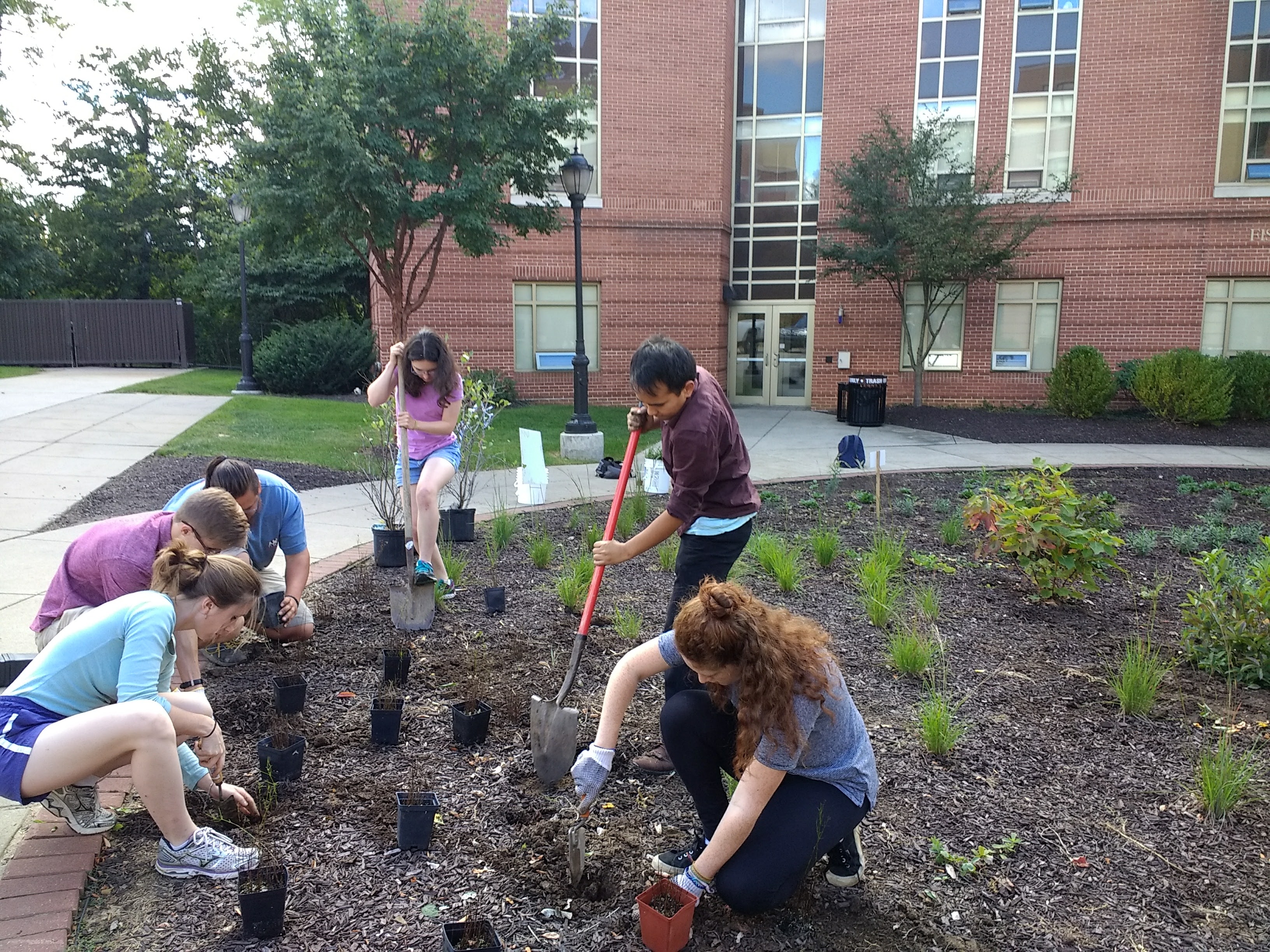 The bioretention area, funded by the Department of Conservation and Natural Resources and the Lehigh Gap Nature Center, is one of the projects Lafayette’s ECOReps are maintaining as part of their role as environmental educators on campus.

“Regular maintenance is critical, especially in the first two years, so that these plants get established and can perform as needed,” Brandes says.

Bright minds go to Skillman Library to study, investigate, and collaborate. Now there are nearly 2,000 new LED bulbs lighting that learning. This past summer, Plant Operations removed 1,960 54-watt fluorescent lights in Skillman and replaced them with new 24-watt light-emitting diode (LED) bulbs. The calculated energy savings is approximately 81,000kWh,  roughly equivalent to the annual electricity usage of 22 homes. In addition to using about 75 percent of the energy of a typical incandescent bulb, LEDs generate less heat and last longer. 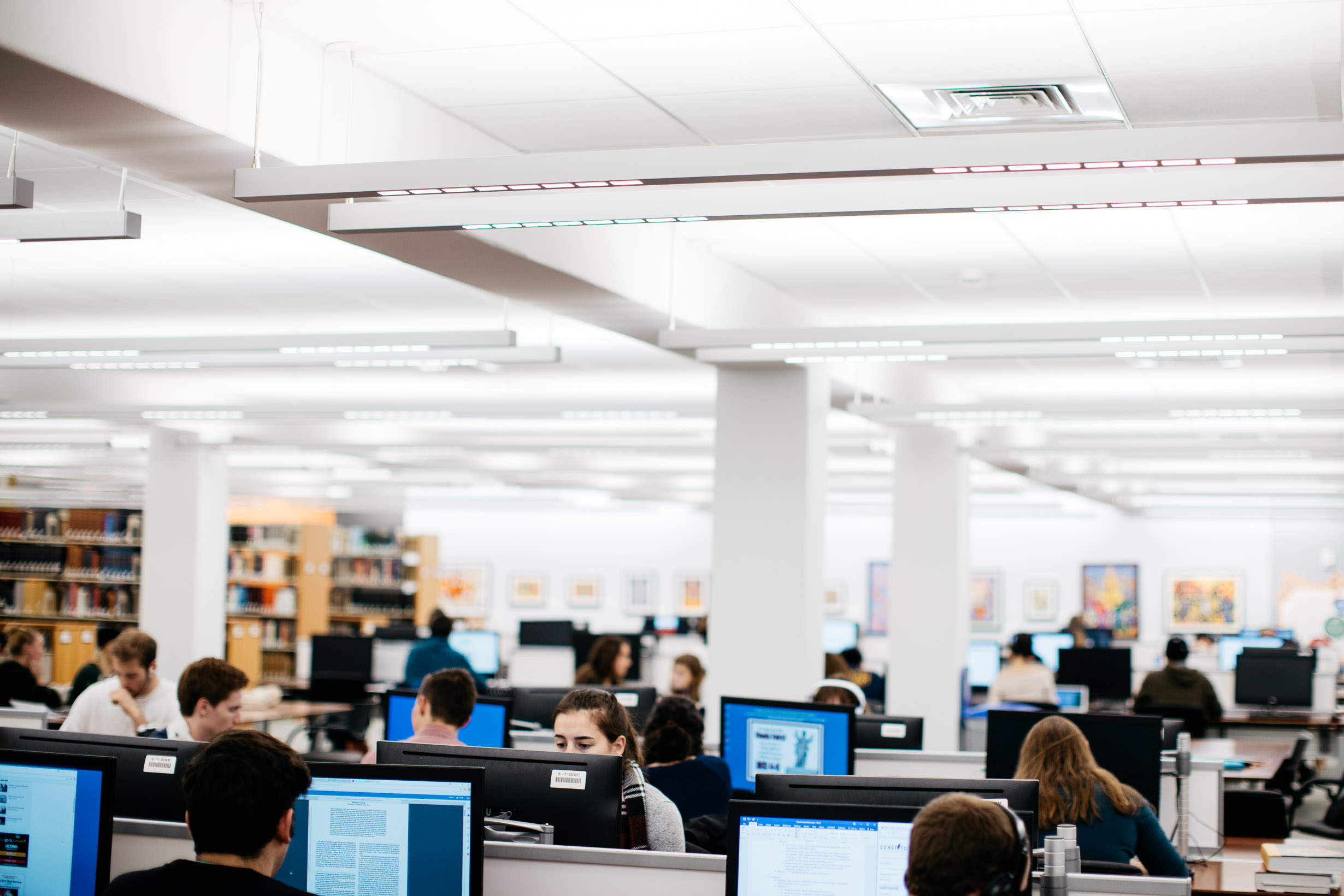 The LED retrofit at Skillman is part of the Office of Sustainability’s ongoing work with Plant Operations to incorporate more energy-efficient LED technology around campus.  Additional locations where LEDs were previously installed include Colton Chapel, Easton Hall, and Markle and Sullivan parking decks.

“The efficiency and affordability of LED technology has improved in recent years, and so evaluating if LEDs are a good fit is a standard consideration in all renovation projects,” says Nick DeSalvo, the Office of Sustainability’s energy manager. “Lighting is just one component of the energy-conservation measures we take on campus.” 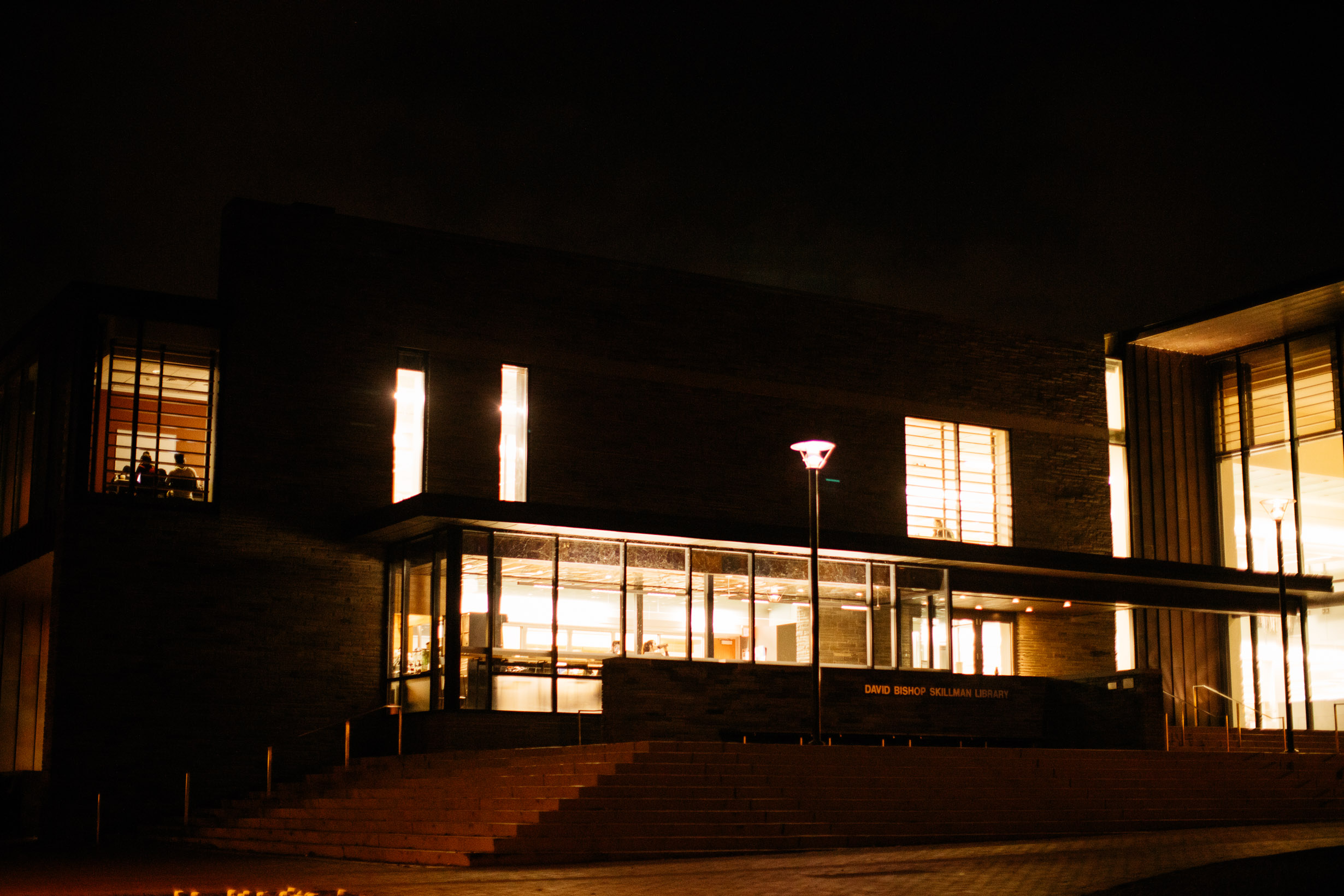