A global health epidemic is looming. There are currently no effective measures to reverse, significantly slow, or prevent neurodegenerative diseases, like Alzheimer’s and Parkinson’s. Aging populations are more prone to these afflictions, which means that as life expectancy grows, so, too, will the prevalence of these diseases.

Justin Hines, associate professor of chemistry, has spent the past decade working toward a solution to this problem. And the National Institutes of Health (NIH) just endorsed his efforts—again.

The NIH recently awarded Hines his second three-year grant to support his study of yeast as part of his quest to better understand the pathology of neurodegenerative diseases. The new $394,870 grant eclipses his 2014 $268,220 one and covers three additional years of research. The renewal reflects the NIH’s satisfaction with Hines’ productivity: He published four papers on the subject during the 2014-17 grant period.

Why yeast? And what can it reveal about Alzheimer’s and Parkinson’s in humans?

Proteins are at the heart of it. Proteins play a central role in all biological processes. Sometimes these linear strings of amino acids twist and fold themselves into a distorted form and stick together, which prevents them from functioning properly. This is called aggregating, and it plays a huge role in neurodegenerative diseases, Hines says. 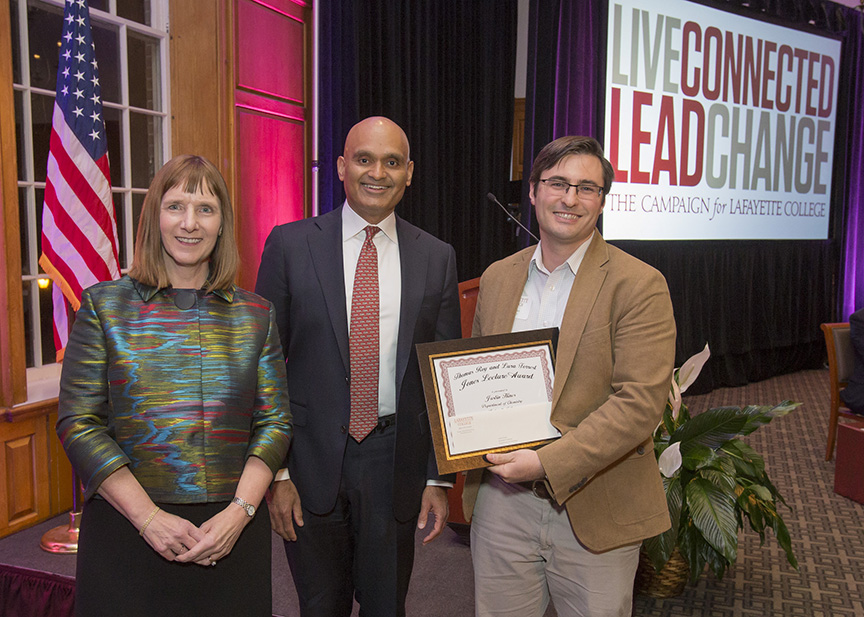 There is a special group of proteins called “chaperones” that work to prevent protein aggregation. “Chaperone proteins can ensure that other proteins are folded properly, that they stay folded, that they don’t misfold,” he says. “Think of them like chaperones at a middle school dance. They prevent proteins from becoming tangled in inappropriate ways.”

Hines has been studying this battle between chaperone and a specific group of misfolded proteins, also known as “prions,” in yeast since 2007, when he was a postdoctoral researcher at  University of Wisconsin. It’s a model he wanted to continue to study at Lafayette, where he joined the faculty in 2011, in part because it’s ideal for undergraduate researchers.

“Yeast chaperone proteins are very efficient at their job; they deal with aggregates in a very short period of time,” Hines says. “That enables us to study them and do genetic experiments in a time frame that works really well for undergraduate research. If we worked on mice, for example, we might have to wait a year to have multiple generations of mice to test. Timing makes yeast a wonderful model to study.” 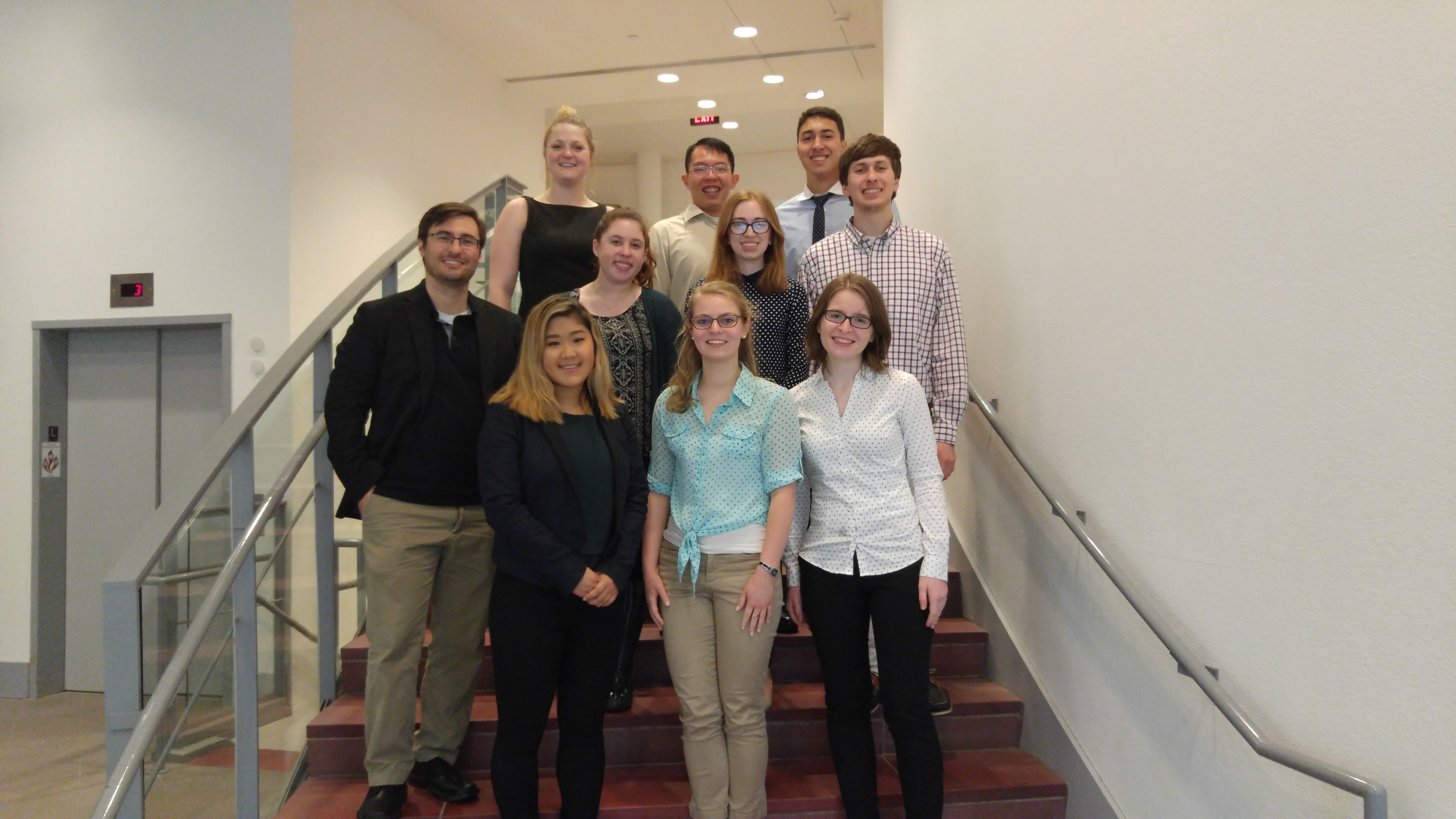 Thanks to support he receives from the NIH and Lafayette’s EXCEL Scholars program and Dorflinger Fund, Hines is able to provide many students with research opportunities. Throughout the school year, he typically has six to nine students assisting him in his lab. Over the summer, four students will work full time with him, and one will travel to University of Wisconsin to assist Hines’ postdoctoral mentor, Professor Elizabeth Craig.

During Hines’ 2014-2017 grant cycle, he and his students were able to uncover an important new discovery regarding the biochemistry of chaperones.

“One of the things my lab in particular has been responsible for bringing to light is that there are specific chaperone functions that act on specific aggregates in the yeast,” he says. “It’s not one generic function. We published two papers, one in 2014 and one in 2015, that showed specific chaperones have distinct functions that are needed for particular aggregates. It’s a significant finding.” 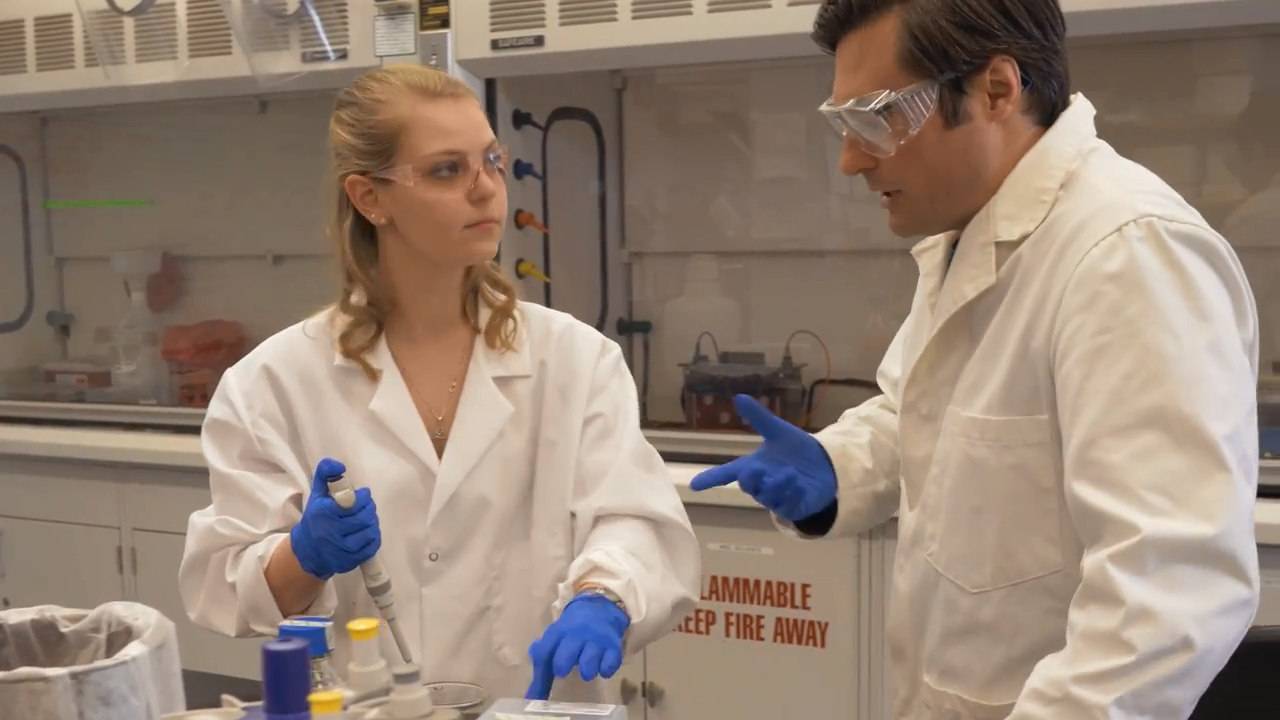 Hines and one of his students, Andrea Killian ’19, will have a summary of their findings published in early 2018 in the journal PLoS Pathogens. Their review discusses the diversity of chaperones and aggregates in yeast. His work going forward, likely for the duration of this new grant, will explore why exactly that is.

“In yeast we suddenly have an example of the chaperone proteins being exceedingly effective at fragmenting the aggregates,” he says. “We want to understand how those chaperones do that. The hope is that someday, once we understand that, we might be able to have a more effective treatment for these diseases.”