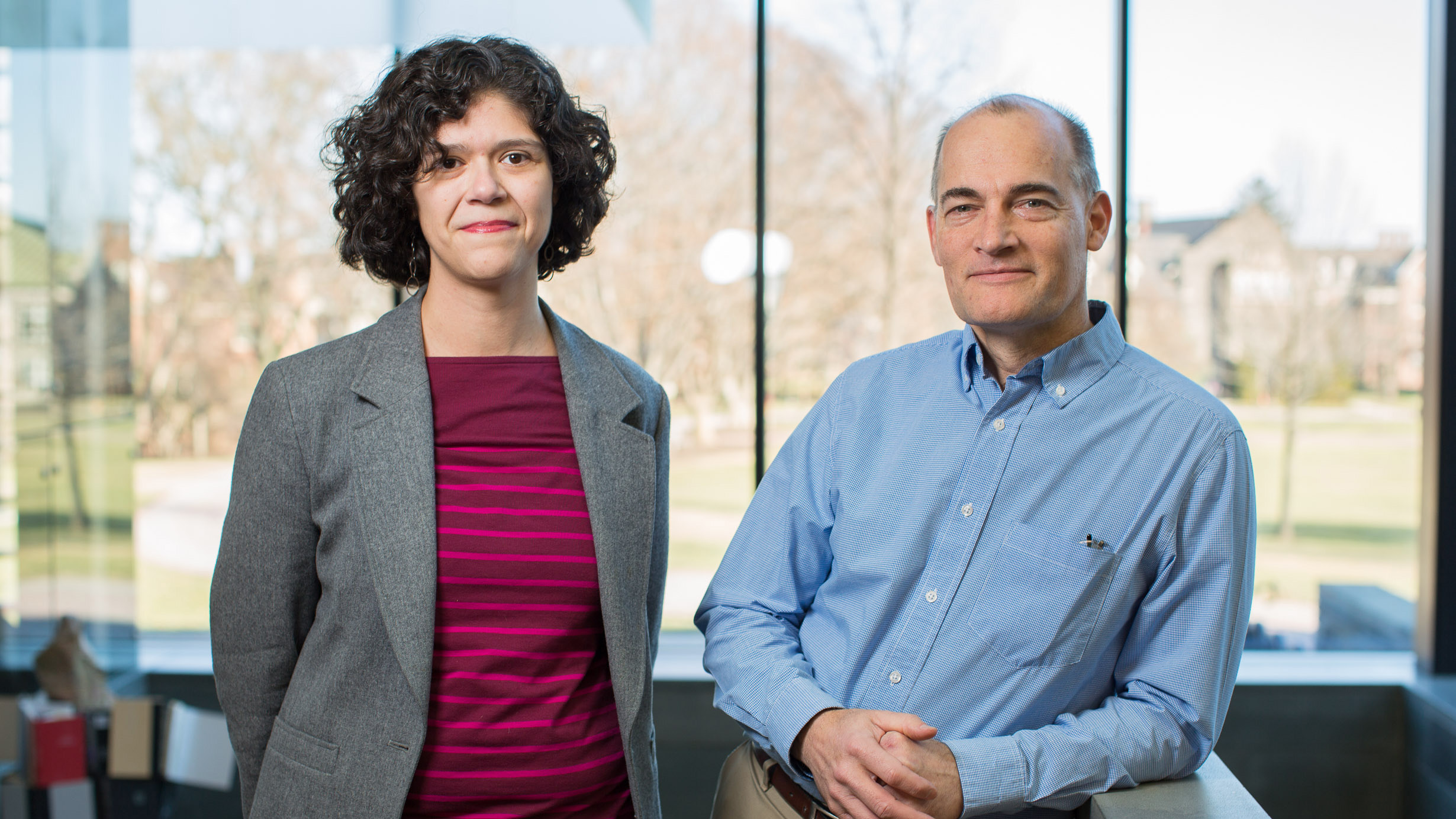 The United States has a complex history with immigration. The current climate is rife with debate: Immigrants are being restricted because of the claim that they take jobs from native-born U.S. citizens. Illegal immigrants are being deported for crimes. Green cards are being limited to those with certain relatives in the country and certain job skills. Walls are being proposed along the Mexican border. Language laws are being passed in certain communities while others pass sanctuary city laws. We have asked Ana Luhrs, reference librarian for the government and law department and Skillman Library, and James DeVault, professor and department head of economics, to help separate fact from fiction by discussing what evidence exists to support the claims being made.

Popular myths about immigration such as “immigrants take American jobs,” “immigrants are more likely to be criminals,” and “immigrants do not want to assimilate to American society” have been around for a long time.  These myths are born from a nativist perspective and have effectively been used to scare Americans about the economy and the “loss” of American culture.

James DeVault: The relationship between employment and immigration is complex.  On the one hand, standard economic theory suggests that an influx of workers from abroad will increase labor supply and reduce wages.  Since foreign workers are typically willing to work for less, the reduction in wages generally comes at the expense of U.S. workers who lose their jobs.  This assumes that all workers are perfect substitutes and all immigrants are documented.  In fact, many workers are undocumented and have difficulty competing for jobs in the formal economic sector as a result.  For U.S. workers in the formal sector, undocumented immigrants are no real threat, but for those in the informal sector or cash-based economy, it can be a different story.  Even in this case, however, undocumented workers may end up taking jobs in agriculture and the service sector that native workers won’t take because  wages are too low and working conditions too poor.  Documented immigrants pose a more serious threat to natives in the formal economy, but this threat is often overstated.  There were only about 1.4 million documented immigrants to the U.S. in 2015, and many of these are children or adults who are not seeking employment, at least not initially.

But perhaps the strongest argument in favor of immigration is that it ultimately creates more jobs than it destroys.  Immigrants create jobs by starting their own businesses (40 percent of Fortune 500 companies were founded by immigrants or their immediate descendants), by developing new products (51 percent of U.S. patents were awarded to immigrants in 2013), and by reducing the cost of producing U.S. goods, thereby freeing up consumers to spend more on other goods.  Immigrants also contribute to total employment by expanding the size of the labor force.  This is a particular problem in the U.S. now that the baby boomer generation is entering retirement.  Without an influx of new workers, there won’t be sufficient workers available to maintain production and to pay taxes to support programs like Social Security and Medicare.

ARL: Misinformation about the immigration process is a major contributor to how many Americans have reacted to immigrants.  There is a common misperception that immigrants can just get in line to become legal permanent residents (LPRs), and it simply does not work that way.  It is a costly and time-consuming process.  Currently the application fee is $1,140, not including attorney, biometric, or other fees.

JD: Most of the current discussion of U.S. immigration lacks any real nuance and simply pits native workers against “foreigners.” It plays to the lowest common denominator, unfortunately, and misses the larger contribution that immigrant workers make to U.S. economic growth and employment. Historically, Italian and Irish immigrants to the U.S., who were predominantly Catholic, struggled to find employment and acceptance in America. One could argue that religious discrimination is still at work, although it applies now primarily to non-Christians, especially Muslims.  But things are different now as well.  In the earlier period, homesteading was an option for anyone, so there was always a way out.  Now that is no longer the case.  Those who come here undocumented in particular often are exploited because they have little way to address this exploitation given the threat of deportation.

ARL: Deportation is a fear some face during Hurricane Harvey and its aftermath. ICE (Immigration and Custom Enforcement) and mayor of Houston, Sylvester Turner, agreed not to target undocumented immigrants who needed to evacuate or go to shelters during and after Hurricane Harvey.  Under normal circumstances, however, undocumented immigrants have little if any recourse when they need help from officials.  Fear of deportation is a reason why many undocumented immigrants don’t go to the emergency room. Many crimes (such as domestic abuse) against undocumented people go unreported because of the fear of deportation.  But the myth that immigrants are more likely to commit crimes than native-born Americans persists.  An analysis of the 2010 American Communities Survey study2 shows that approximately 1.6 percent of immigrant males age 18 to 39 are incarcerated, compared to 3.3 percent of native-born males.  The fear of this “criminal immigrant” is guiding national policies such as the recent order against sanctuary cities.

JD: The wall is another classic example of perception and reality.  The wall would undoubtedly have some impact on illegal immigration, but I doubt it would make a significant difference as people can still gain entry into the U.S. in so many other ways.  Indeed, a large number of immigrants enter this country legally on visas but then remain here after their visas expire, becoming illegal immigrants at that point.  But the wall is a perfect symbol for some Americans as it looks like a quick fix even though it won’t make a great deal of difference.  Appearance rather than substance.

I don’t think Americans are overly selfish and unwilling to share the American dream.  The problem is that dream is becoming increasingly difficult to achieve for those Americans outside the top 10-20 percent of the income distribution.  Ordinary Americans outside this range have seen very little growth in real wages or real income over the last two decades.  And it is ordinary Americans who are the group most vulnerable to immigrants, not those at the top of the income distribution. Some natives will undoubtedly lose jobs, typically those with more limited education.  Other jobs will eventually be created.  That doesn’t mean those natives who lost jobs earlier will receive new ones, however.  And that is the crux of the fear.  More immigrants pose a risk to certain workers even if workers as a whole are better off.  And those workers who perceive that their jobs are at risk, regardless of whether they actually are, will oppose immigration.  It is the threat of job loss as much as the reality that matters, especially for those Americans who are in an economically precarious situation.

ARL: Our current immigration system is outdated and broken.  A 2015 Pew Research Center survey found that 72 percent of Americans believed that undocumented immigrants should be allowed to stay in the country if they meet certain legal requirements.3  Although there have been several bipartisan attempts to pass legislation to fix the current system and Americans generally favor a “path to citizenship” approach, very little has been accomplished to reform immigration in the U.S.