It also gives you a unique perspective of how the world views you, says Seo-Hyun Park, associate professor of government and law. Park, who was born in South Korea, moved to the United States in elementary school, then to Canada in high school, and then back to South Korea in college. She assumed the transition from America to Canada would be a breeze, after all, she already knew English. 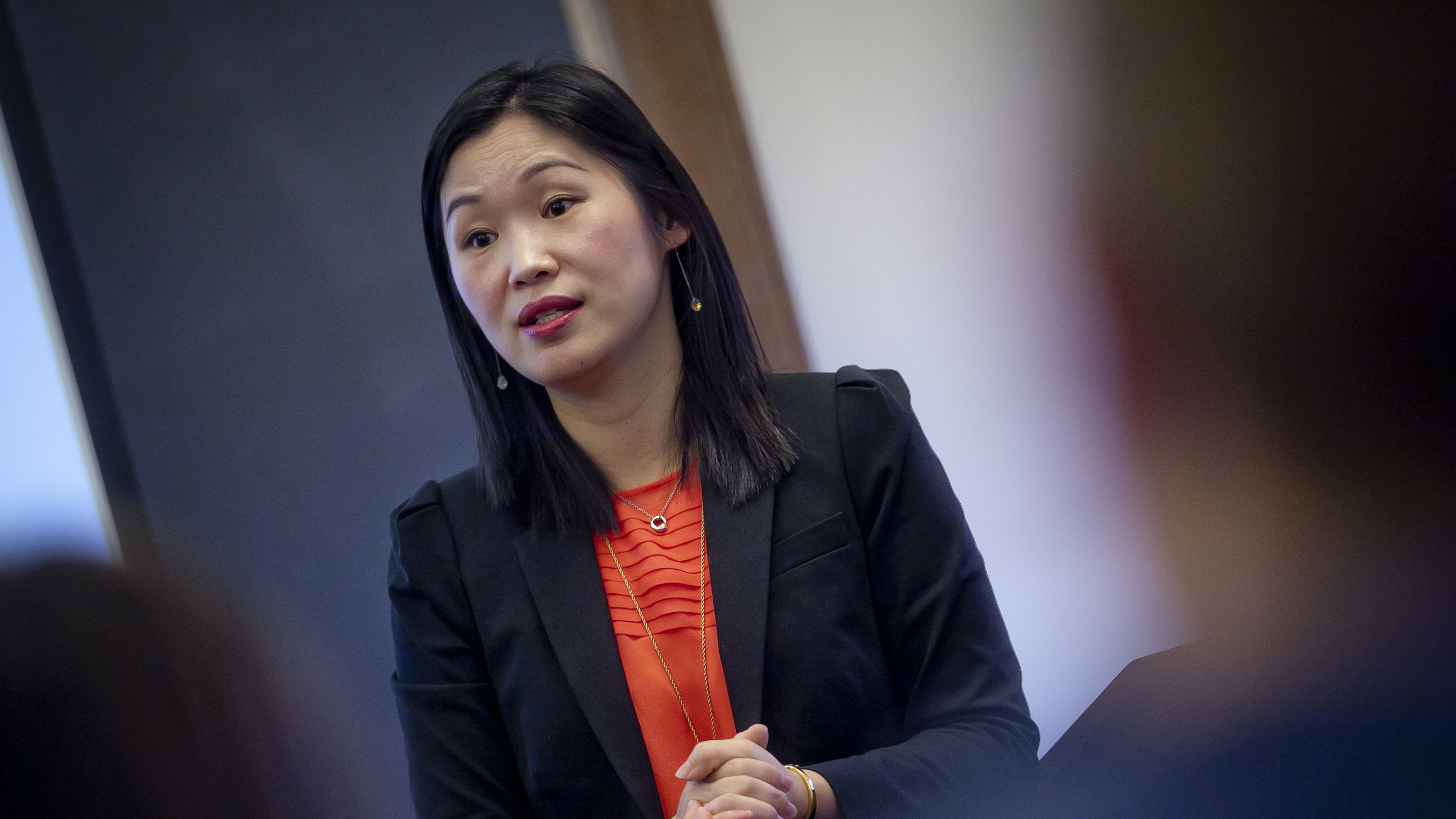 “It was like I had to relearn English,” Park says. “I’d get papers back from my teachers, and they would be all marked up because I wasn’t using ‘ou’ or ‘re.’ It was surprising to me. It was also symbolic. It marked me as different and not as a Canadian.”

Park’s relocation and acclimation experiences not only helped shape her sense of self, but they also gave her an understanding for the complicated relationships between nations and their conflicting perspectives.

“Learning different history curricula in different countries made me realize from an early age that the same event can be seen through different lenses and explained in very different ways,” Park says. “I found it interesting how one nation will have a sense of their own identity and what represents them as a nation, but that nation isn’t always seen that same way by other countries.”

That fascination became the foundation for her career. Park is a political scientist who specializes in international relations and security and the study of national identity, sovereignty, military alliances, and territorial disputes–research that is reflected in her 2017 book, Sovereignty and Status in East Asian International Relations. The book, which is published by the prestigious Cambridge University Press and is her first, engages and extends international relations theory to represent a wider and more diverse set of histories.

“One of the shortcomings of international relations theory is that it has for a long time been limited in its scope in that it was primarily drawn from the European experience,” Park says. “Many studies of East Asian—and other non-European—international relations until recently have tended to apply these findings from one region’s historical experience. While there is certainly value in comparing the trajectory and development of European and Asian countries, the nature of local governing systems and process of modern state-building were very different. I think this type of new research is important because it allows us to better understand both historical and contemporary interactions among governments and people.” 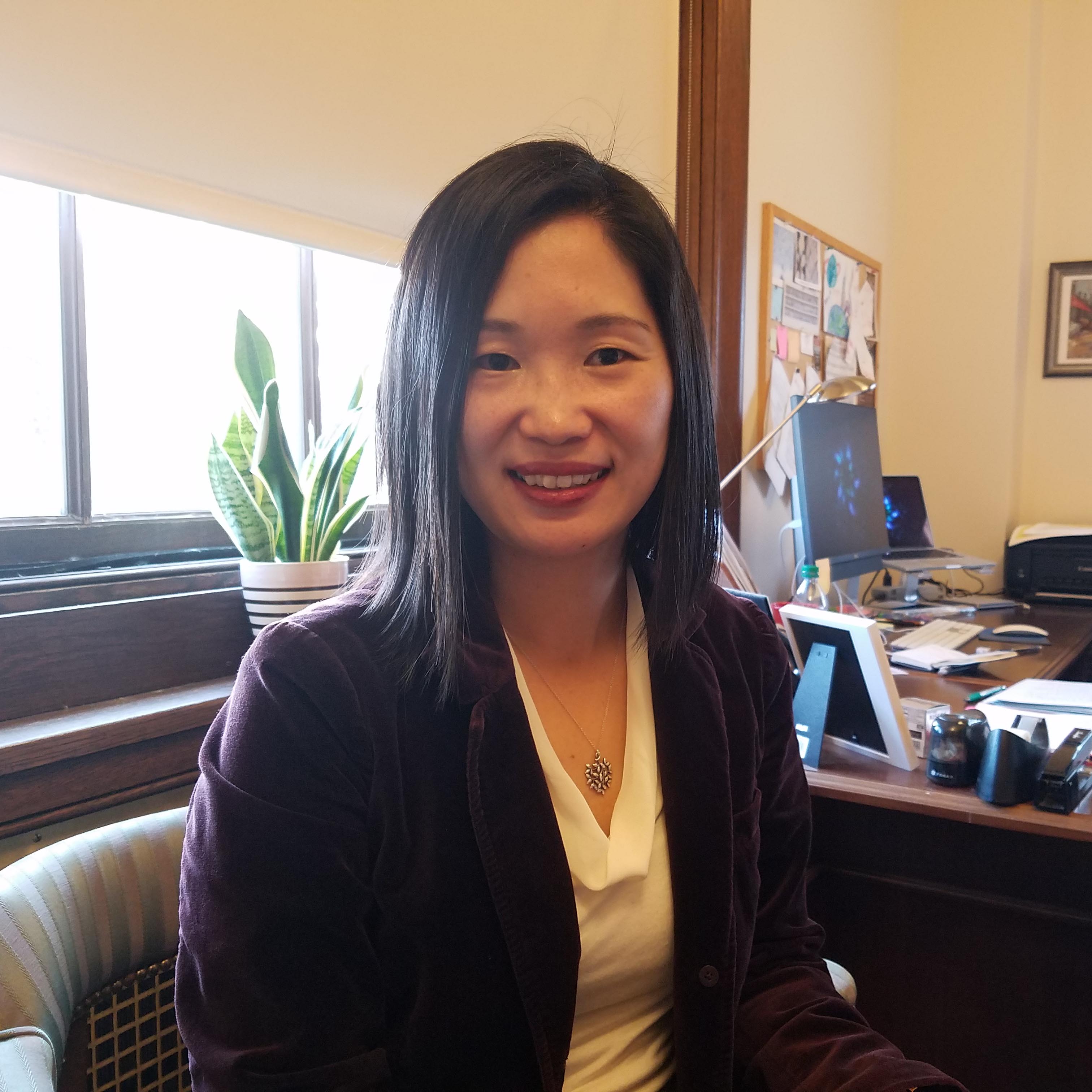 Comparative analysis is valuable, she says, not only because it examines and enables us to learn from the differences between nations, but also because it underscores similarities.

“If you are examining political and social phenomena from a single-country context, you can be constrained in what you see,” she says. “You tend to view the dominant security, political, and economic challenges facing your own country as unique or unprecedented. As you broaden your view, however, you are able to see patterns and discover that these things happen elsewhere in the world, which gives you a better understanding of what you see in your country.”

Getting students to broaden their own view of the world is what attracted Park to teaching and what excites her about her work at Lafayette, where she joined the faculty in 2009.

“It makes me very happy and proud when I run into students years after I had them in class, and they share that the exercises we did in class help them understand world events,” she says. “A few years ago I ran into a graduate who had been an engineering major, and she said, ‘Professor Park, I still think about your class and what we learned when I watch the news.’ I love teaching students in our major, of course, but I also really appreciate the unexpected positive feedback from students outside of my home department. It’s rewarding knowing I made an impact.”

After graduating from high school in Canada, Park knew she wanted to continue her world travels and experience other cultures. So she decided to major in communications at Yonsei University in South Korea with the goal of becoming a foreign correspondent. During her senior year, out of curiosity and in the hopes of being better prepared for a career in journalism, Park signed up for an international relations course, which happened to be taught by a professor with expertise in international security. Park fell in love with the material and suddenly had a new career ambition.

Prior to that class, Park had never considered graduate school or teaching. That professor inspired her to go onto graduate school in Korea, where she earned an M.A. in international studies. She then returned to the United States to attend Cornell University, where she received her second M.A. and her Ph.D. in international relations and comparative politics. Prior to joining the faculty at Lafayette, she was a research fellow at the Shorenstein Asia Pacific Research Center and the Center for International Security and Cooperation at Stanford University.

That knowledge base provides the framework for her curricular offerings in the
government and law department as well as the international affairs and Asian studies programs at the College. In addition to helping her students become informed global citizens, Park’s goal is also to encourage—and model—lifelong learning.

“One of the reasons I love being a college professor is that I’m forced to learn new things,” she says. “I always want to challenge myself to explore and go beyond my immediate domain of expertise. I think that expanded knowledge comes from not just interactions in your own field but pushing yourself to think beyond your immediate boundaries. I think that’s very important, and it’s also why I love my job.”