Two professors work out their ideas at Lafayette Symposium Twitter

The Lafayette Symposium, a new lecture series inspired to tackle hot-button issues from diverse points of view, invited Keith E. Whittington, William Nelson Cromwell Professor of Politics at Princeton University, and Sigal Ben-Porath, professor of education, political science, and philosophy at University of Pennsylvania, to the College to discuss free speech on campus.

While there is much commonality in their analyses, Ben-Porath and Whittington do advocate for differing approaches, a key aspect of the series. In short, Ben-Porath gives greater consideration to community when it comes to free speech on campus while to Whittington free speech is an essential to the truth-seeking mission of a university.

Below are some of their thoughts on challenges colleges around the country face today regarding freedom to speak, express opinions, and be heard. 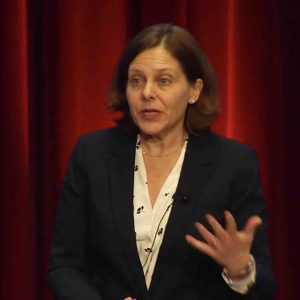 Why is free speech a controversy now?

Ben-Porath: Free speech on college campuses has been a concern in various eras in our country, most notably during the Vietnam War. But today the debate is more unique for a few reasons. The increasing levels of diversity on campus, both in women and students of color, means colleges are serving more students, which in turn means there are more voices, identities, and perspectives on campus.  In addition, a recent Pew Research Center study shows polarization in the American public as Democratic and Republican views pull to opposite ends of the spectrum.  While views on policy opinions remain close, it seems that we are losing trust with each other. These differences, whether perceived or real, are more difficult to accept in young adults. They can create unfair and inaccurate representations of each other, like snowflakes or trolls. While we do find people who are oversensitive or unfairly provoke, when it comes to free speech both sides can fail to engage with ideas. Both would benefit by moving away from extreme expressions and representations, instead focusing more on the ideas.

Whittington: Diversity is at the heart of a college’s mission. Colleges work to produce and disseminate knowledge. While universities do this to varying degrees, all are engaged in scholarly work that shapes conversation across generations and the globe. In order to fulfill their core mission, colleges need free speech. It allows for experimentation, discussion, and learning.

Ben-Porath: Campus is unique when compared to other places. We need and have our own rules. We are civic-minded associations and mission-driven institutions. We are on a search for knowledge, looking for truth and pushing boundaries. We are preparing young adults for jobs and for participation in democracy.

Why is free speech important?

Ben-Porath: For the purpose of advancing an educational mission, students must be permitted to speak and make their voices heard. Managing free speech on campus does not mean to limit, sensor, or prevent, but to cultivate it. As a framework for this issue, there are legal, educational, and societal definitions, but on campus, we must look at different views and marginal ideas. We must recognize the unequal burden various members of our communities carry and how all speech can affect our community. Free speech is relational.

Whittington: The principles of free speech are critical tools at the university in particular because hearing ideas helps us progress in understanding the world and other people. I turn to two sources: John Stuart Mill and the Sedition Act.

Mill understood the oppressive effects of public opinion—how the majority can make itself felt through social pressure. Liberty could be in question if thought is not protected. There are three Millian arguments:

The Sedition Act of 1798 made it illegal for anyone to express “any false, scandalous and malicious writing” against Congress or the president.  Newspaper editors and a congressman went to jail under the law. It expired following an election when Jefferson’s party had a resounding win. Proponents of the law argued two points that seem relevant to today’s free speech debate: that we could punish purveyors of fake news and that real liberty was not a license to injure others. In light of that experience, Americans learned that in the midst of controversy no one can be trusted to distinguish between true and false, safe and harmful speech. 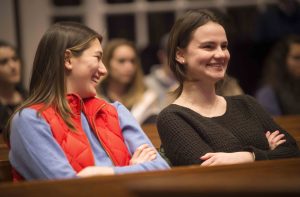 Universities are critical for the scrutiny of ideas, but should not shelter ideas from criticism. Universities should face criticisms and investigate them for the advancement of knowledge.

Tools We Have at Our Disposal

Ben-Porath: There are several current responses, but not all of them are good enough. 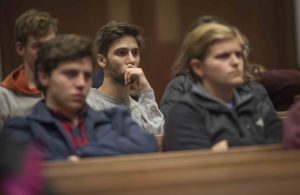 Ben-Porath: It is important to develop modes of response—calling those groups in rather than calling them out. It’s how we build bridges and create inclusive freedom on campus. We must talk about who is included, what speech is included, who is responsible for topics and including people, what recourse do members have if their expressive and dignitary rights are not addressed, and can the dialogue continue.

Whittington: Hate speech is not recognized in American law. It is not defined, so it’s difficult to know what is in the category. It is too obscure. If we can narrow the discussion down to a type of speech, like harassment, then let’s talk about it. But hate speech is too amorphous to grapple with.

Whittington: Free speech only thrives under regulation, not in a mosh pit. There need to be orderly procedures so a collective conversation takes place. When the Supreme Court discusses free speech it mentions time, place, and manner, but not content. When there is a vigorous exchange of ideas, the value of dissent and the form of delivery matter. Protest is different from obstruction. Destroying posters, disrupting speakers, pulling fire alarms as means to prevent, silence, or stop a speaker are obstructions. Protesters can dramatize their ideas and can have the space to rally and talk, but not the right to prevent others from speaking to a willing audience. 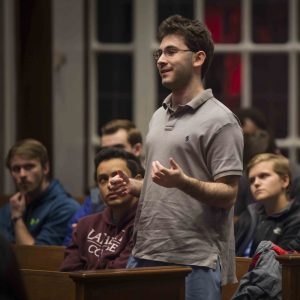 Ben-Porath: Intellectual risks are inherent to the scholarly work on a campus, but it should not be an assault on a person’s dignity. Every person should feel dignitary safety as we search for knowledge by including all in the effort. Students should feel like equal members, even if challenged, so all can speak and be heard.

Whittington: Outside speakers should be given a venue for public debate, even balanced for both sides of an issue. College should feel like a marketplace for ideas where students choose to accept them. Being provocative, not advancing ideas, or just being annoying lack value. The ideas should be interesting and worth engaging, a conversation worth having. Something more useful than fringe figures. Campus should not invite the circus to town, but serious people with serious ideas worth contemplating.

Whittington: This idea has been worrisome to certain groups, that colleges lack conservative voices or a mentorship in the diversity of thought. Most academic debates don’t turn on political views; those views are not tied to research or teaching.

Categorized in: Lectures-Discussions, News and Features