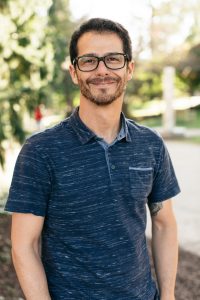 Two of the best-regarded novels of a Central American nation were at least partially written in and around Lafayette’s campus.

Daniel Quirós, assistant professor of foreign languages and literatures, writes award-winning, socially relevant fiction and academic papers about Latin American film and literature wherever he can be most productive. For instance, you may have seen him at a table at Cosmic Cup, a popular coffee shop on March Street at the entrance to Lafayette’s home on College Hill in Easton, Pa.

Since then, Quirós has written two more internationally renowned novels, Lluvia Del Norte (2014) and Mazunte (2015), both of which have been translated into French. On some afternoons, when he’s not plugging away in his office on the fourth floor of Pardee Hall, you might catch him creating his fiction at a table in his favorite Easton, Pa., java spot.

“The noise is a distraction from the blank page,” Quirós says. Cosmic, it turns out, is just noisy enough to keep Quirós properly distracted, but the voices and espresso machine roars aren’t loud enough to drown his thoughts. 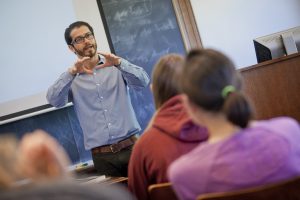 Often, those thoughts revolve around the unseen—the seamier side of his sun-dappled homeland. Though often considered separate from the violence and unrest that’s peppered the region’s recent past, Costa Rica was closer to it than many people think. Verano Rojo uses a hard-boiled detective story to delve into the La Penca bombing, a 1984 attack near the Costa Rican-Nicaraguan border that killed seven.

“What I’m interested in is spaces where there are things going on,” Quirós says, “that represent greater national conversations.”

Pineapple, for example. Costa Rica’s economy used to depend mostly on banana and coffee crops. These days, the nation’s money arrives from a variety of sources. Foreign investors like Intel have moved there. The tourist trade (roughly 2 million sun-seekers descend yearly upon the nation of about 5 million) is booming. And pineapple growing has sprouted in the past two decades or so, bringing jobs and money, but also threats to ecosystems. Quirós is researching the trend and its environmental impact, possibly for his fourth novel—perhaps his third featuring Don Chepe. 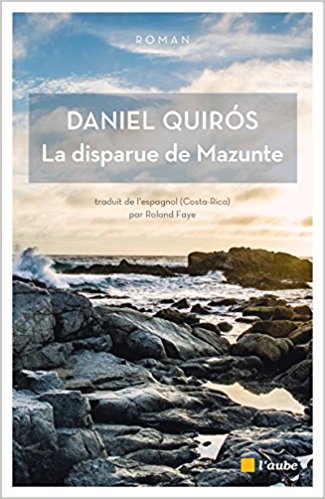 Mazunte, Quirós’ third novel overall, is a departure from the political thriller genre of its two older brothers. Don Chepe doesn’t appear. It’s a transnational mystery dealing with a broken family and features international travel to the States and Central America. Two narratives told in alternating chapters intertwine. Even chapters tell the story of the death of the central character’s sister and its effects on his family; odd chapters describe a dystopic underworld where the character finds himself in Mexico in the year following the events of the even-chapter story arc.

Growing up in San José, novel writing was far from Quirós’ mind. And though he enjoyed literature as a young student, the notion of being a writer seemed impossible.

Quirós, a dual citizen of Costa Rica and the U.S., went to school at University of California San Diego. There he turned to writing as an outlet. As a young man, he filled notebooks with poems, stories, and his thoughts.

“A lot of it was cheesy,” he says, laughing. “Metaphysical poems about existence. … but I came to it out of displacement.”

While he was obtaining his Ph.D. at San Diego, the idea of Don Chepe first arrived. The novel he completed in graduate school found success in Costa Rica.

Quirós is an accomplished academic, as well as a writer. His academic papers often delve into contemporary Central American literature and film. He teaches the course Crime Fiction in Latin America.

Lafayette “has been very supportive,” he says. The College has assisted Quirós in his research. He has presented work at academic and literary conferences in Colombia, Spain, Nicaragua, and France, where his fiction has received positive reviews in Le Monde.

Next time you’re in Cosmic Cup, take a look at your fellow patrons. That guy who likes the spot in the front corner by the window who’s on a first-name basis with the baristas?

He might be working on his next great novel.