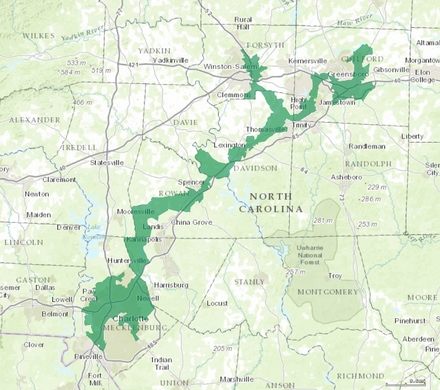 Maybe you see Goofy kicking Donald Duck. Maybe it’s an earmuff or an upside-down elephant. Maybe it is a pterodactyl with fractured wings.

If it sounds like answers in a Rorschach test, it’s not; it’s the shape of certain congressional districts in states across the country. Rorschach seems an apt metaphor as courts seek to understand some of the thinking that has gone into drawing political boundaries.

As Pennsylvania’s State Supreme Court draws a more competitive district map, the Civic Engagement Academy at Lafayette College in partnership with the Kirby Government and Law Society hosted a talk and panel discussion on the topic of gerrymandering.

Trevor Goodwin ’20 led the talk while Professors Andrew Clarke, Mallory SoRelle, and John Kincaid weighed in on some of the complexities. Here are some of the highlights.

How should districts be drawn?

In the ideal world, districts are shaped by three principles:

How are districts drawn?

What should be done to form districts and what is done are often separate matters. Gerrymandering is far from a new concept. It started in 1810 during Elbridge Gerry’s second term as Massachusetts governor. He led a redistricting measure to ensure his party would hold the state senate, and one of the new districts took on a salamander-like shape—what became known as the Gerrymander (pronounced Gary-mander for the purists).

There are several ways districts are drawn as to weaken the voice of one population while bolstering the voice of another:

Why does it matter?

Two words: Efficiency gap. In elections, there are winners and losers. For victors, all votes beyond what was necessary to win are considered wasted. For those who walk away empty-handed, all their votes are wasted as well. Total each party’s wasted votes and then divide them from total votes cast—that number is the efficiency gap. A gap of 7 percent or higher may indicate unconstitutional gerrymandering where a district that packs or cracks forces one side to waste votes. While racial gerrymandering is against the law, political gerrymandering is not. What gets tricky is proving intent. 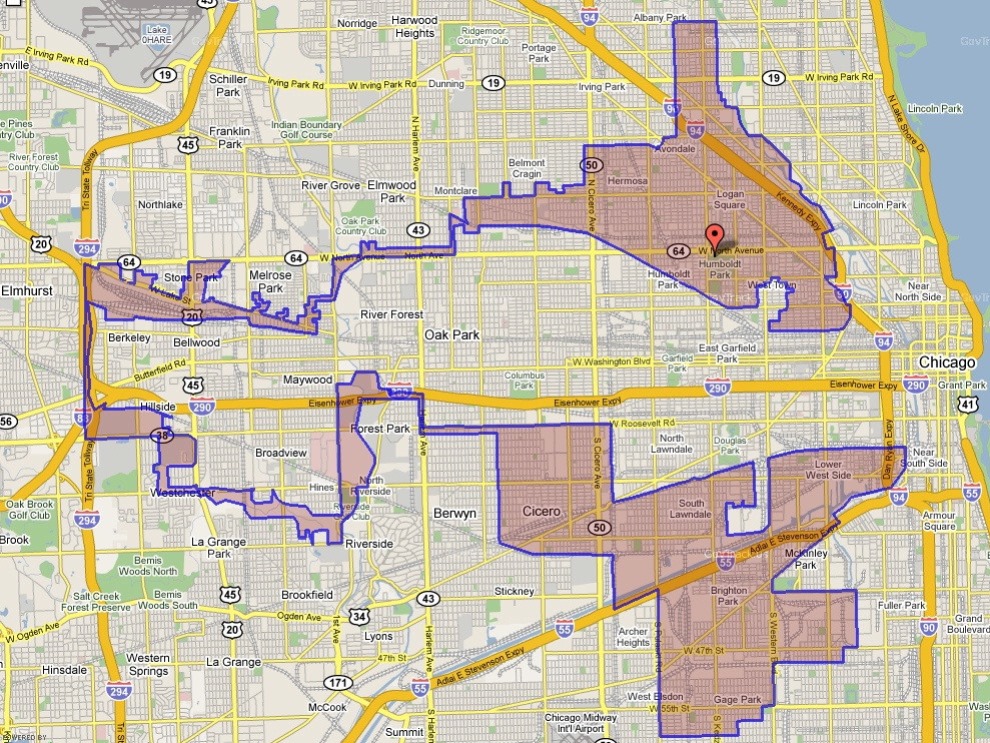 Are all oddly shaped districts bad?

No. Consider the earmuff that shapes the 4th district in Chicago. It is an earmuff in order to group together two predominantly Latino neighborhoods. So those districts that bundle a community of interest do not necessarily indicate unlawful gerrymandering. In other words, racial gerrymandering is illegal if it attempts to dilute the vote of minority groups. It can be permissible if it is an attempt to create a minority district. So empowerment of a group is OK, but disenfranchisement is not.

What are the courts doing and will they help?

Cases before the Supreme Court are taking advantage of Justice Anthony Kennedy—a swing-voter who has expressed his concern over extreme gerrymandering. Swing-voter is a keyword. Because justices are appointed by a party, few are truly neutral. Whether at the state or federal level, it is easy to dismiss judges as objective arbiters and instead recognize them as extensions of a certain political stance or leaning. Kennedy, in particular, is looking for clarity—a standard to use—on drawing a district map with the belief that a map is invalid if:

Is it Cracker Barrel versus Whole Foods?

While the political maps may depict the blue liberal coasts and red rural conservatives, these ideas seem to have some accuracy as more people self-sort, finding like-minded communities. It seems the divide is growing between the two groups as illustrated by Cracker Barrel and Whole Foods. Writer and editor David Wasserman noted Donald Trump won 76 percent of counties with a Cracker Barrel and 22 percent of counties with a Whole Foods—a 54 percent gap. In 1992, the gap between the same counties was 19 percent.

Is gerrymandering a threat to democracy?

AC: There is no clear answer. Measuring it is tricky and subjective, based on how a person views partisan politics.

MS: It largely depends on the results and what is considered democratic. 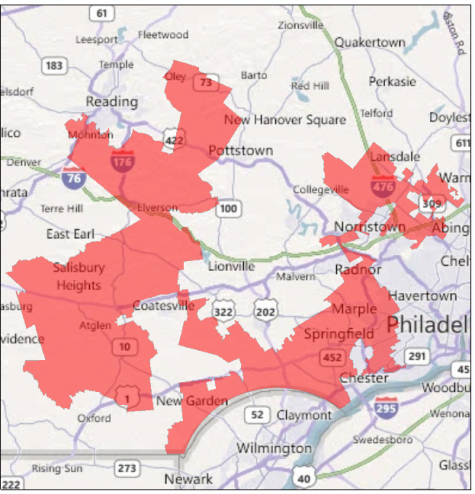 What happens to Pennsylvania?

Pennsylvania is expected to be a key state in the Democrats’ campaign to flip 24 seats to retake the U.S. House of Representatives. Democrats were already targeting six Republican seats in the state. Six incumbents will not run for reelection, including Republican incumbents Charlie Dent and Pat Meehan. I think Democrats will pick up at least four seats, possibly six.

MS: There will be dramatic effects in how candidates operate their campaigns—the platform they create, how they build a base, and what happens if elected. Candidates and incumbents will have to learn to talk to their voters differently in order to turn out their supporters and persuade those who are undecided.

AC: I’m worried about the success of the census as the current administration may continue to have staffing issues.

JK: I have serious concerns about populations being undercounted, which can dramatically affect districts and federal grants.

MS: I think we have to worry about prison gerrymandering—if rural districts count prisoners or  their counties of origin. Those counts as well as the accuracy of urban counting could impact many districts.