In his new book, Prof. Chris Lee discusses the impact of our fast-paced, plugged-in life Twitter

Associate Professor of History Chris Lee knows jet lag—well. In the past 12 months, his body clock has experienced its share of turbulence following four journeys to South Africa, two to Germany, plus visits to both Cuba and Amsterdam. And that was just his international itinerary. Lee crisscrossed domestic time zones on multiple occasions as well.

However, in Lee’s latest book, Jet Lag, he explores the idea of jet lag as part of a broader phenomenon: the ongoing exhaustion and stress we feel in our technology-pervasive, fast-tracked world. In short, jet lag is a metaphor for the acceleration of modern life.

Here, Lee shares details about the book, including the growth of a jet-lag culture and resulting need for rest and reflection … just a few hours before he boarded a plane to Chicago. 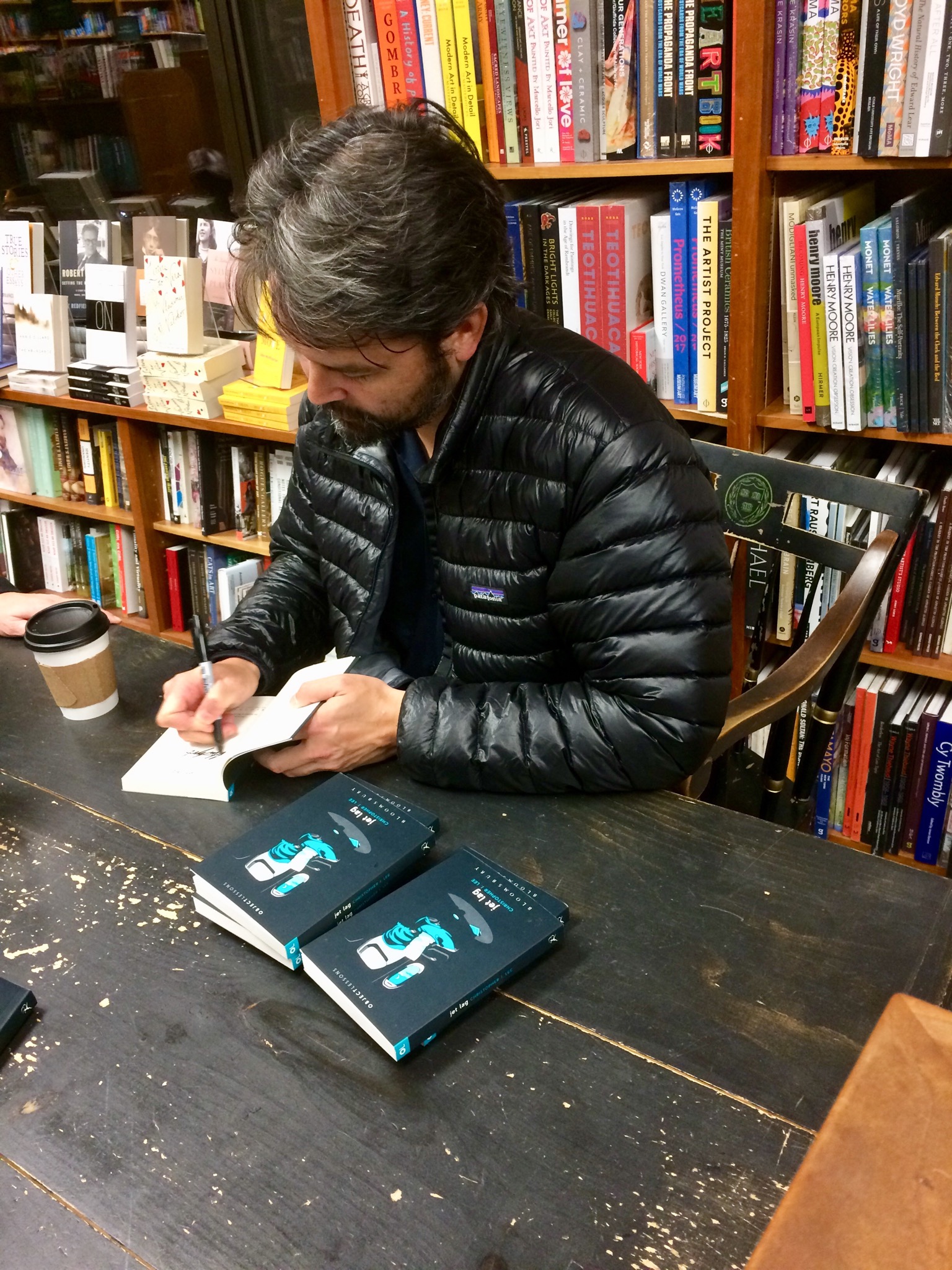 How did the book come about?

“If you asked me five years ago if I would want to write a book about jet lag, I would’ve laughed. It wasn’t a topic I had an ambition to write about. But back in 2014, I saw an ad from the Los Angeles Review of Books. They were collecting ideas for a series called Object Lessons, published by Bloomsbury. Each book focuses on an ordinary object, like glass, dust, hair, the TV remote control, or a more abstract idea, like silence or traffic. I was traveling a lot at the time, so the first thing that popped into my head was, ‘jet lag’! I submitted it without any expectation of a response. But they responded and asked for a formal proposal. The rest is history, as the saying goes.”

Why does a historian write about jet lag?

“A lot of articles you read about jet lag are about treatment—how to get over jet lag quickly. I try to take jet lag in a different direction by using it as symbolic of a broader, modern condition regarding time, speed, and the disappearance of rest. I think we can all agree that time and sleep are increasingly precious, given the accelerated demands of life today. So, it’s not a self-help book. I’m not a sleep scientist. It’s more a work of philosophy. How do we live under these conditions of increasing fatigue abetted by technology? I use jet lag as a metaphor for talking about this problem, our relentlessly fast-paced world and the exhaustion that ensues as a result. My approach is through cultural studies and through the history of time zones, aviation technology, and biological clocks. One of the key points I make in the book is that jet lag is what globalization feels like. When we talk about globalization, we often talk about McDonald’s franchises in Indonesia or Starbucks in Beijing. We talk about commodities. But I want to convey to the reader that we can also feel globalization, and jet lag is one of those feelings that emerges from the accelerated world we live in.”

What’s the history of jet lag?

“In a specific sense, it starts during the mid-20th century. The rise of commercial jet travel occurs in the 1950s, and ‘jet lag’ emerges as an expression in the mid-1960s. It’s an invented term that reflects the combination of ‘jet set’ and ‘time lag.’ But it’s quite real of course: When we fly from New York to London, our biological clocks are out of tune with where we arrive. There is also the notion of ‘social jet lag’: a term used to describe occasions when our biological clocks are out of sorts—not due to boarding a plane and traveling somewhere—but rather due to technological habits that we practice every day. For example, because of the popularity of handheld devices like iPhones, people are looking at their phones more, endlessly checking for updates, and as a result often staying up later at night than they should. This use of technology can seem harmless at first, but over time it can disrupt sleeping patterns and impact how much rest we get, similar to jet lag. So, the history I describe concerns jet lag, but it is also about our relationship with technology more generally.”

What are the consequences of a jet-lag culture?

“When you have jet lag, you feel terrible; you feel tired. Taking that further, I think we are exhausting ourselves through our technology. Technology is designed to improve our lives, and in many cases it does. I’m not against technology! But there are side effects. The nighttime used to be a time when, quite naturally, people would go to bed. Work ended. It was a time of rest. But through modern technology, even with basic electricity, we don’t follow such natural rhythms anymore. We adhere to mechanical time rather than celestial time. We continue to work into the night. We don’t get enough rest.

“Another consequence of this exhaustion is that we start to disengage. We don’t have the energy to participate socially, culturally, or even politically. We don’t have the time for community service or forms of leisure that used to be ordinary. Instead of socializing, we go home and go online and interact through social media. It’s a kind of interaction but not an ideal one. Through social media we feel like we are constantly socializing, but it’s not with someone in the same room. There is an absence of three-dimensional feeling, human feeling. Our lives are being increasingly mediated through these online platforms. It’s an illusion of socialization.”

What can we do to minimize the damage?

“I think we need to develop an awareness about the varied impact of technology in our lives. It is not always positive—a sign of progress. We complain about jet lag and see it as something to get over quickly. But I think we can learn from jet lag about how the world is increasingly fast and how we have physiological limits. We need sleep. We need to pay attention and slow down our lives.”

What do you hope readers take away from the book?

“Ultimately, something as uncomfortable and inconsequential as jet lag can actually teach us valuable lessons. If we take jet lag seriously, it can provide us with moments of reflection. If you are awake at 3 a.m. because of jet lag, well, OK then, maybe that’s a time to think about your life—think about what’s good about it or about what you want to change. In other words, instead of resisting jet lag and being frustrated by it, maybe just take it for what it is. It’s OK to be tired, but you don’t want to be tired all the time. Jet lag forces us to listen to our own bodies. It forces us to recognize we aren’t invincible through technology. In fact, we have limits. And we all have these limits, and that’s OK—it’s part of being human. You have to treat yourself kindly. And that, in itself, can be liberating.”