Emily Dentinger ’20 looked at the gathering across the newly refurbished hardwood floors in the front parlor of the big stone house on McCartney Street. Longtime faculty members, dignitaries, and even a representative of the German consulate looked back at her over glasses of wine.

“German,” Dentinger said, “will remain central to my future.” 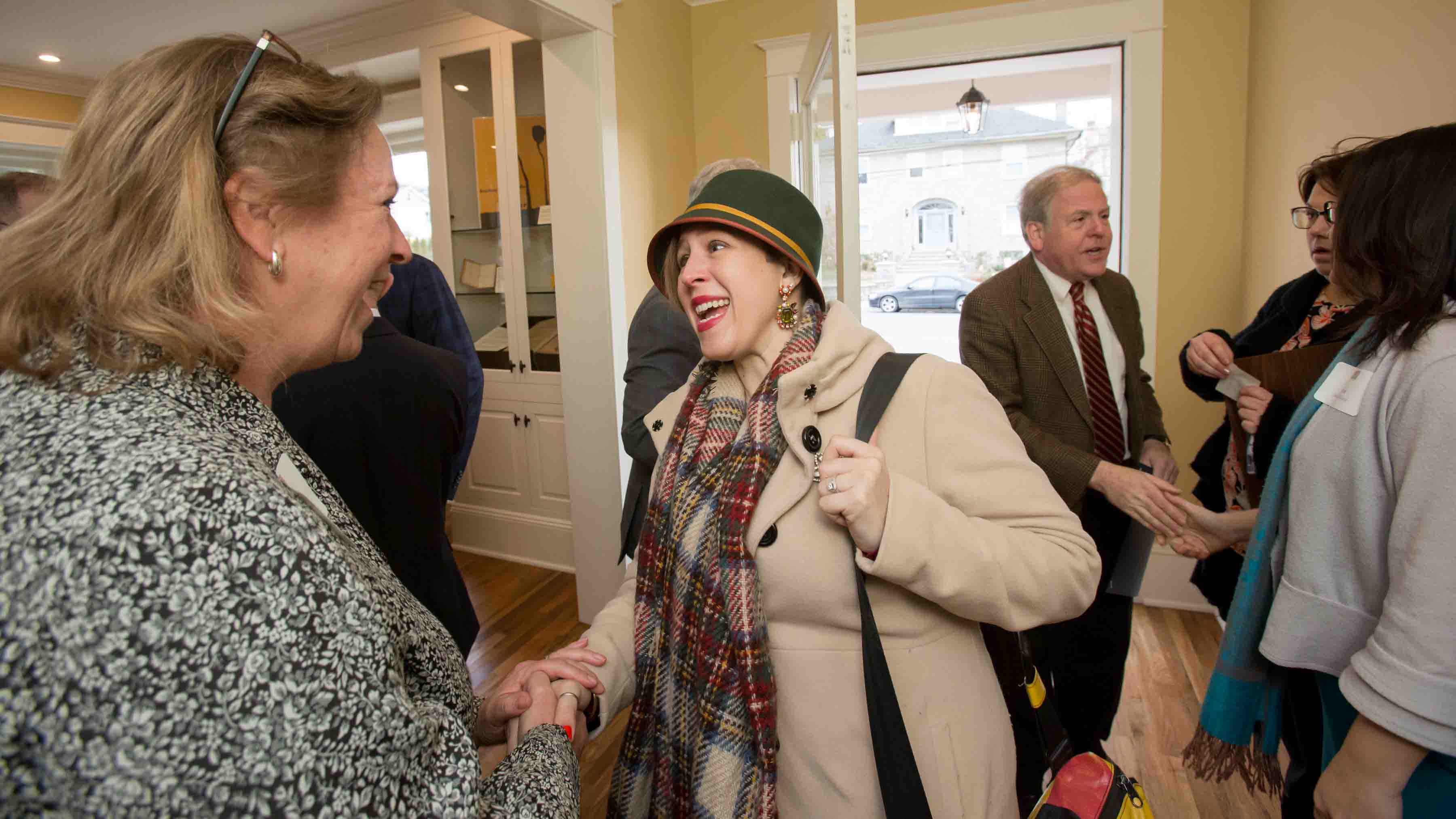 Central in no small measure because of this new house and what it represents. Dentinger, who majors in German and mechanical engineering and international studies, wasn’t only lauding the Max Kade Haus, a new extension at 606 McCartney for Lafayette’s Max Kade Center and German studies programs, which the party had gathered to dedicate. Dentinger said the Max Kade Foundation, the nonprofit that for 15 years has helped transform and deepen the College’s nearly two-century-old commitment to teaching German language and culture, is helping her chart her future.

She praised the College’s work in conjunction with the foundation, which has brought dozens of writers, artists, and historians from fields ranging from creative writing to engineering to help broaden her worldviews.

And perhaps because she personifies Lafayette’s role in the development of the center more than anyone else, Dentinger praised Margarete Lamb-Faffelberger, whose vision and work is not only helping deepen her understanding of world cultures, but has helped bring everything that the Max Kade Center has become at Lafayette into fruition—its facilities, its pedagogy, and its growing field of inspiration. 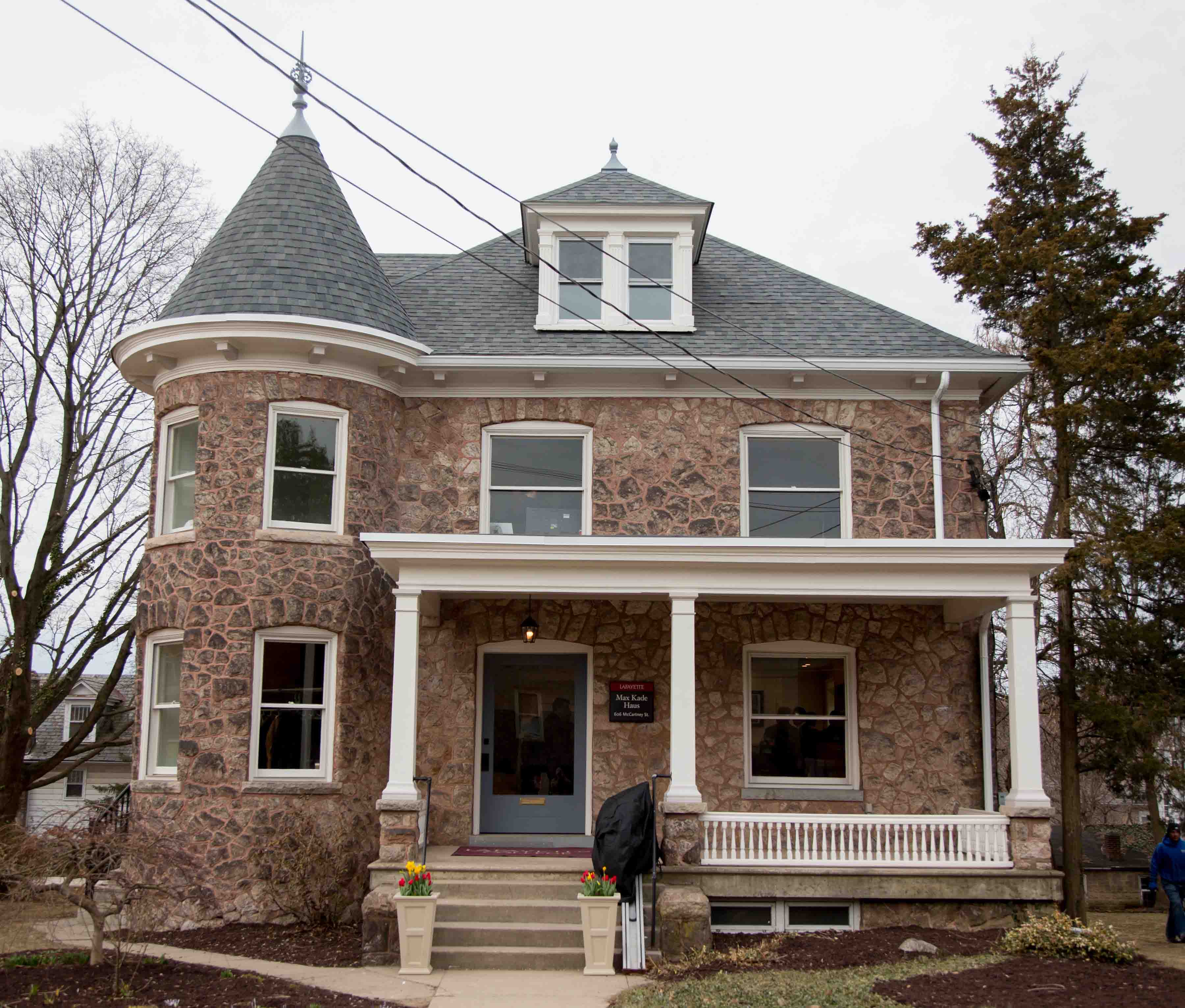 The Max Kade Haus for German Studies and Visiting Scholars is being renovated with funding from the foundation. It’s the latest in a line of similar projects, beginning in 2003 with the transformation of a corner classroom on the fourth floor of Pardee Hall into the Lafayette headquarters of the Max Kade Center for German Studies. Since 2004, Lafayette and the center have hosted 13 visiting writers/artists, seven visiting professors, and six distinguished lecturers.

These visitors often cross boundaries with other departments and disciplines from all over College Hill. History. Geology. Neuroscience. Creative Writing. Engineering. Building on the educational, scientific, and cultural programs and exchanges involving institutions and scholars with a German-culture focus, Lafayette’s Max Kade Haus augments and complements its Max Kade Center and further fosters broad interdisciplinary scholarship and dialogue. 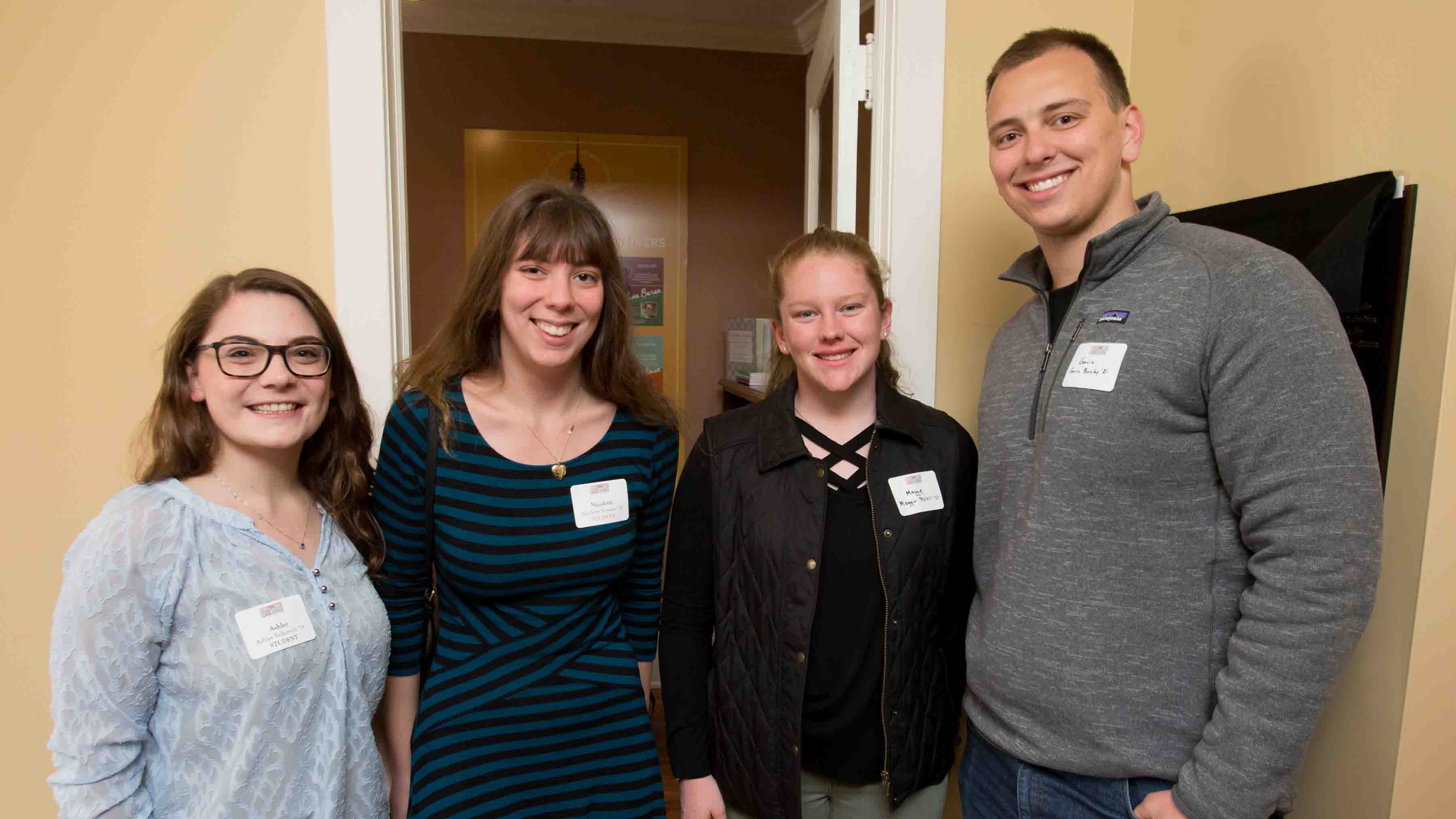 “Members of the College community have been working for years on what we see come to fruition today,” College President Alison Byerly said during the dedication. The event was “a wonderful opportunity to bring together visiting scholars, students, faculty, and members of the community in a space that will create opportunities for Lafayette and the surrounding community…This beautiful house, which will be a temporary residence for visiting German scholars, will serve as a catalyst for further distinguishing our German program at Lafayette.”

“We know that it is difficult for the German departments to set a foot and get something going like this,” Max Kade Foundation President Lya Pfeifer said in February on a visit to the building as crews completed the renovations. The organization helps dozens of other colleges and universities throughout the U.S., including six in Pennsylvania. “This is not easy since it is not the premier language taught on most campuses. So we work with the department if they’re having difficulties. They all have been successful.

“I believe in Lafayette,” she added.

“One thing that has absolutely always been the guiding light here,” Lamb-Faffelberger said. “Whatever we do here, whatever our intellectual endeavors, it always has to be to the benefit of the student.” 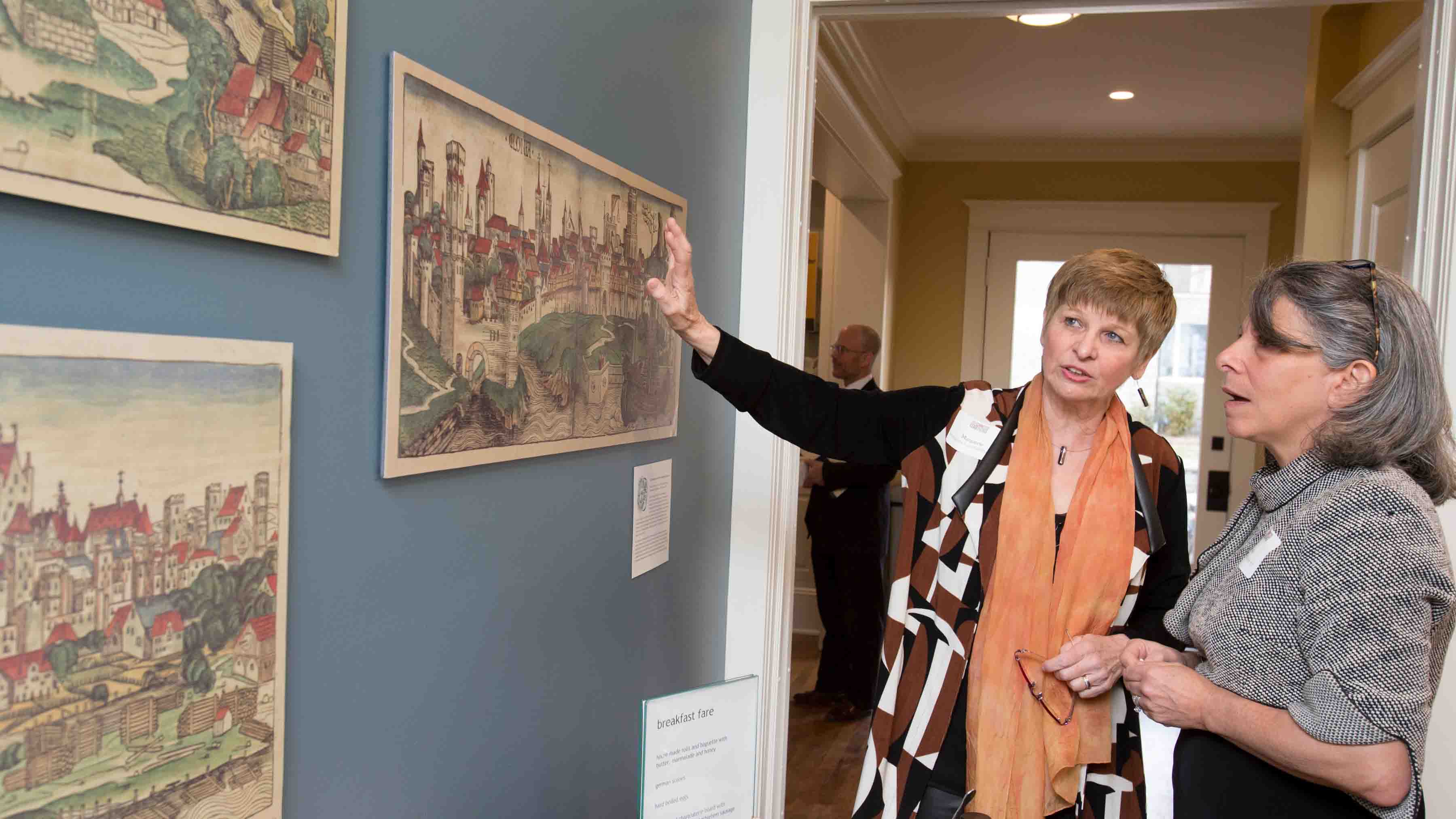 It’s been Lamb-Faffelberger’s focus since moving to the U.S. from Austria decades ago. She received a Fulbright stipend to attend graduate school and realized how much she loved teaching the German language and culture to American students. She has seen the College’s German program grow and improve since she came aboard in 1992. The teaching of German language and culture was part of the College’s charter when it was founded in 1826.

For decades, the Max Kade Foundation, named for a successful German businessman who immigrated to New York in the early years of the 20th century, has helped support German studies programs around the world. 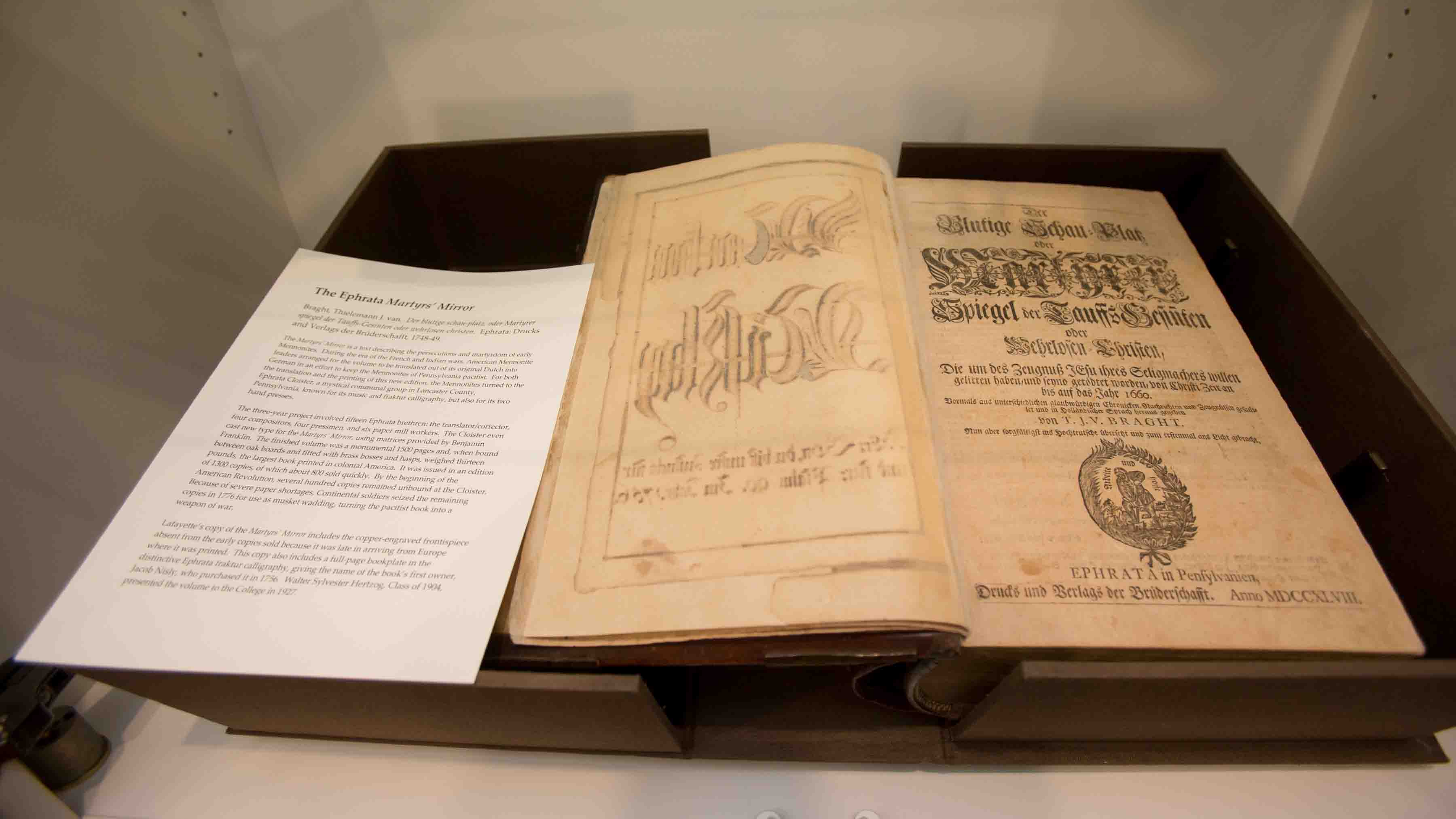 Students work directly with the guests to enhance not only their understanding of the German language, but the culture of nations such as Germany and Austria.

For example, students in the German 432 creative writing seminar worked directly this fall with Max Kade writer-in-residence Judith Nika Pfeifer to pen a German-language play about refugees around the world.

“We are bucking the trend,” Lamb-Faffelberger says. In an era where other places of learning are cutting German programs, Lafayette’s is more robust than ever. 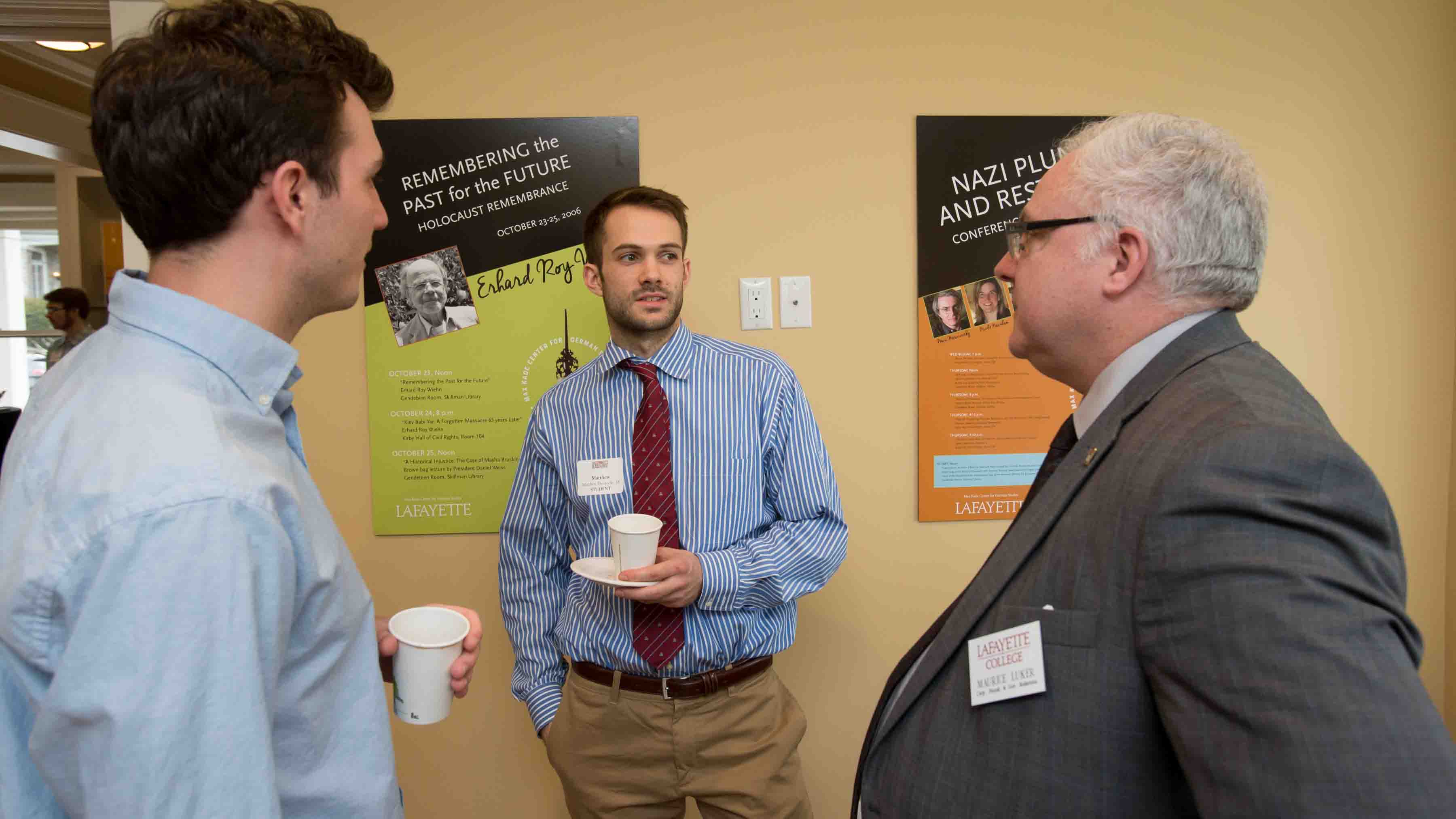 Their efforts culminated with the opening of the Max Kade Haus on March 20. The day began with a “Corporate Kaffee” sponsored by Julabo. Companies with German affiliations, such as Porsche, Bosch Rexroth, and Siemens sent representatives. Office of Career Services officials and students networked with the representatives. “It was a big success,” says Mary Wilford-Hunt, senior associate director of corporate/foundation/government relations. “We hope to do more [Corporate Kaffees].”

The house was decorated with artwork, plaques, and displays celebrating German heritage. In addition to posters featuring every speaker, artist, and writer the Max Kade Center has hosted over the past decade and a half, there were cityscapes of Nuremberg, Cologne, Munich, and Vienna from the Nuremberg Chronicle printed in 1493.

A glass case held artifacts. The Moravian Archives donated two 19th-century volumes. Both volumes were written for the Christianized Delaware Indians in their own language:

Alongside them was a colored leaf from the Nuremberg Chronicle; Martyrs Mirror, the largest book printed in colonial America, created in 1748 by the Ephrata Cloister Community, established in 1732 by Johann Conrad Beissel; a daguerreotype of John Peter Hecht (1840-1845), professor of German; and two prints by Bodo Korsig, the first Max Kade artist-in-residence (2004).

“It is our hope that the Max Kade Haus becomes a central part of the linguistic, cultural, and intellectual atmosphere of Lafayette’s German program, thereby inspiring our society’s future citizens, leaders, professors, and teachers,” said Karin Gerbavsits, representative from the Max Kade Foundation, who visited the dedication. “Inspiring them with a sense of international cooperation and understanding.”