Achin’ Bacon is the name of the business. The tagline is “Head and Shoulders Above the Rest.” The product? Piggyback rides up the monumental staircase that connects the main campus with the Williams Art Campus and downtown Easton.

Who’s the big cheese, or, in this case, head cheese, behind the idea? Economics major and IDEAL Center devotee Peppa Hamm ’20.

“Innovation is all about altering an existing idea, and students know that those stairs are in need of an improvement,” Hamm says. “It can be hard work to hike up and down those steps. Add snow, a heavy backpack, or a late night—there has to be an easier way.”

The business model is simple. Through the company’s app, students could request an immediate ride and reserve a time several days in advance. Paid employees called Oinksters meet riders at the base or top of the steps and gently ease them and their belongings onto their backs. Costs vary by rider’s weight, load, time of day, and weather conditions, but prices range between $7-15. 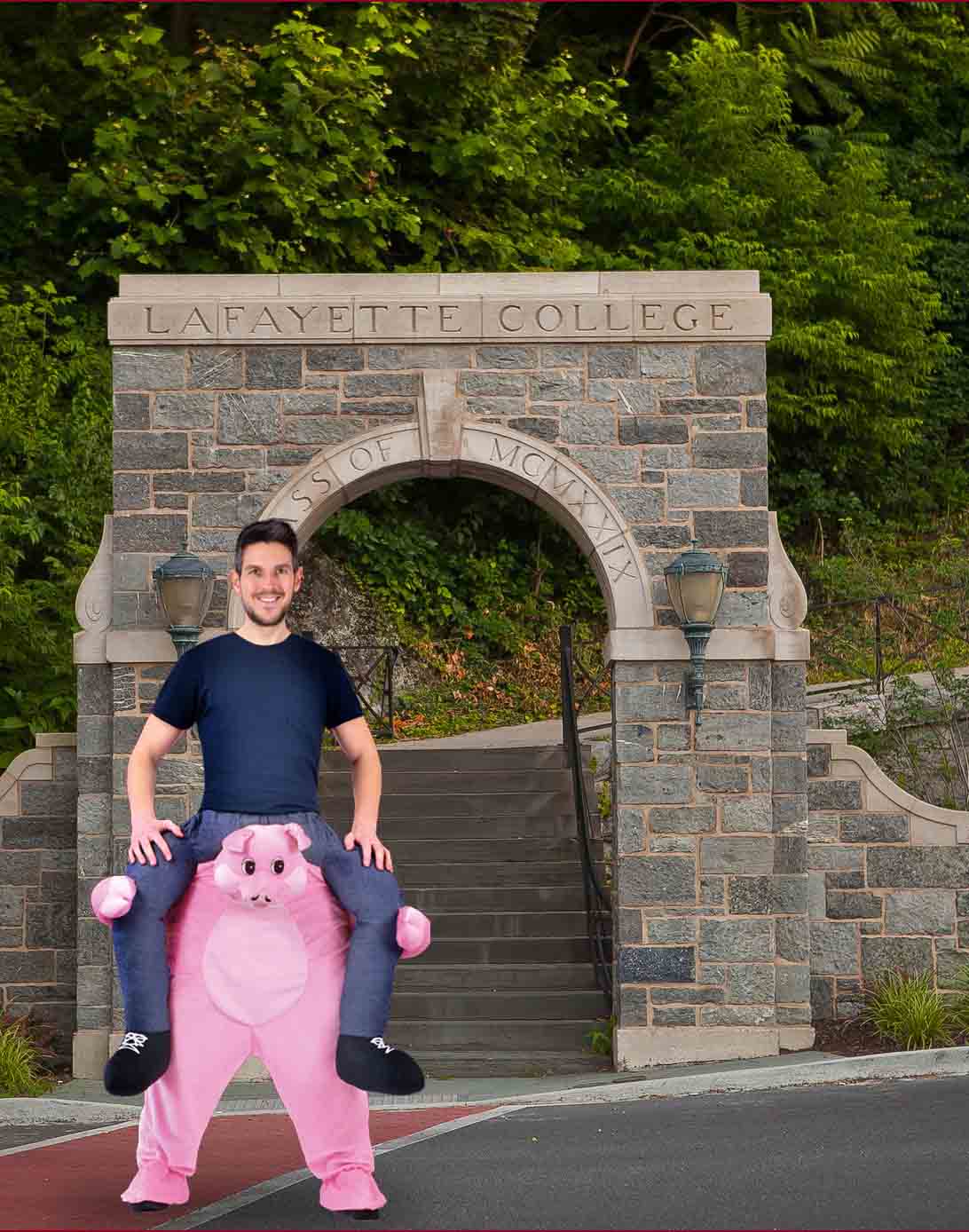 Hamm beta-tested the idea during a recent break week, measuring viability and feasibility. “I wanted metrics on ride times and Oinkster fatigue plus feedback from riders,” she says.

According to surveys, riders were in hog heaven. She says, “Quite literally, our bacon stopped their achin’.”

Originally conceived as a pedicab solution, Hamm’s research quickly caused her to pivot.

“Equipment estimates threw off my projected income statement. The business could achieve profits sooner and make the route to campus more direct by using piggyback rides,” she said. “With either idea I needed Oinksters,” she says. “Piggybacks eliminated unnecessary overhead.”

Hamm is accepting applications. Physical exams are required, and there is a mandatory uniform. Achin’ Bacon will officially begin offering rides in May. Services will be available during Commencement and Reunion.