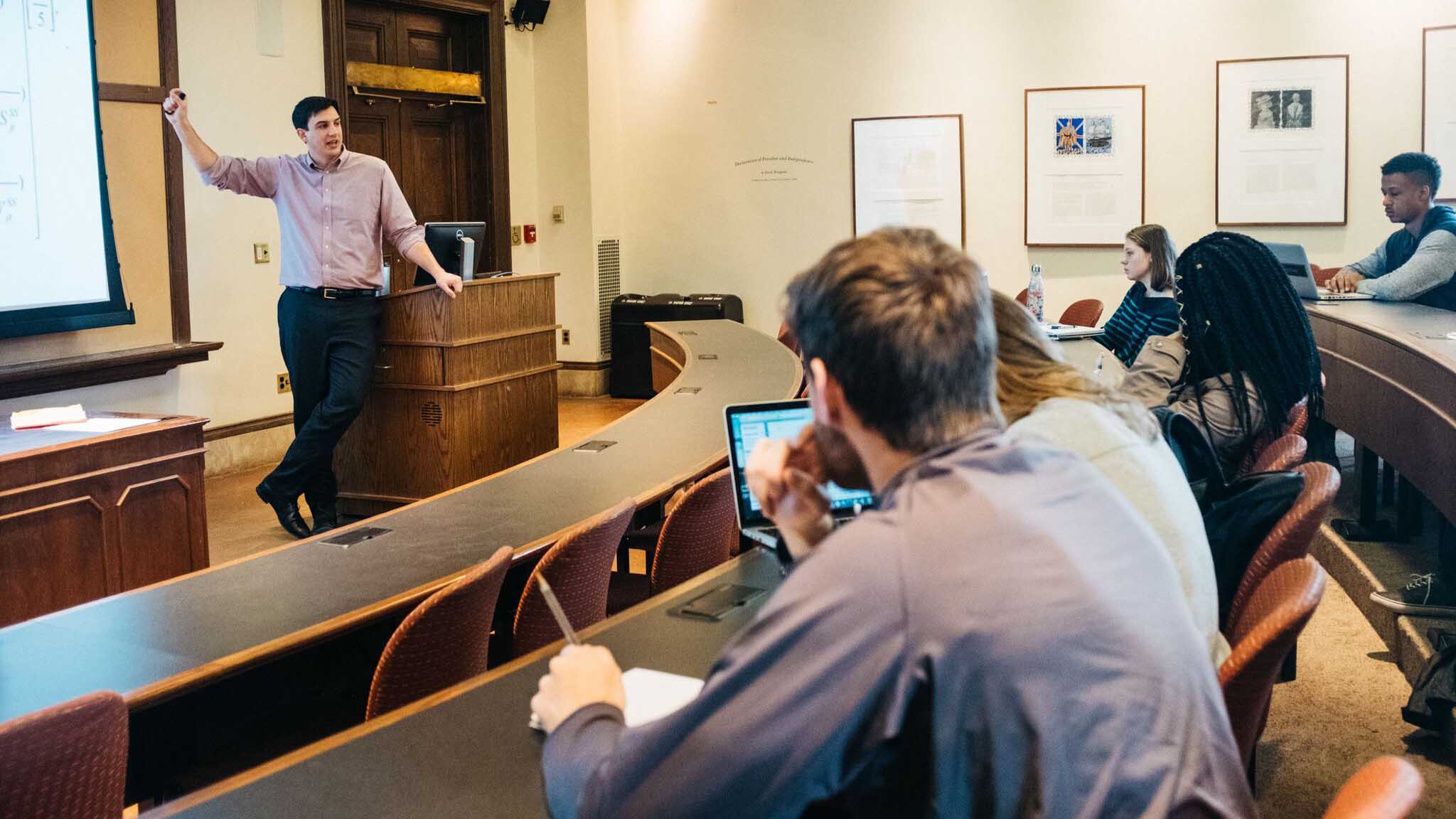 Members of Congress aren’t often praised for their productivity. Turning a bill into a law has always been a complex endeavor. In today’s extremely divisive and polarizing political climate, it’s even more of a challenging feat.

“The environment for success in Congress is really tough,” Assistant Professor of Government and Law Andrew Clarke tells his Congress and the Legislative Process class. “Being in Congress requires the ability to deal with lots of failure. Something like 90 percent of proposals die in committee. Even legislative leaders strike out often.”

Which is what makes today’s topic of conversation so relevant, especially for the aspiring politicians and policymakers in the room. Clarke is leading a discussion on the “Five Habits of Highly Effective Lawmakers.”

The five habits are from the 2014 book Legislative Effectiveness in the United States and Congress: The Lawmakers, which students read ahead of class. In it, authors Craig Volden and Alan Wiseman give “legislative effectiveness scores” to members of the House of Representatives, based on how successful they are at advancing proposals through the lawmaking process. The five habits are the common ground among them—patterns of behavior identified among successful lawmakers.

After a conversation about each of the five habits—and lawmakers who are said to embody each one—Clarke then asks: “Do you think these are good? Are we missing something? Do these apply to current times?”

Several students, including Luisa Gunn ’21, critique the scoring system, noting how it doesn’t take into account partisan pressures and how few minorities and women are among the top-scoring lawmakers.

“Thinking about this is extremely helpful,” Gunn says as she’s leaving class. “To understand how you can be more effective as a policymaker is so interesting. I find strategy really fascinating. The idea of being a policy expert who can help lawmakers be strategic is really appealing. I enjoyed this topic, and I love that we have a small class size to have these conversations. I feel really comfortable participating and freely expressing myself.”

Tickling the ivories
Categorized in: Academic News, Government and Law, News and Features