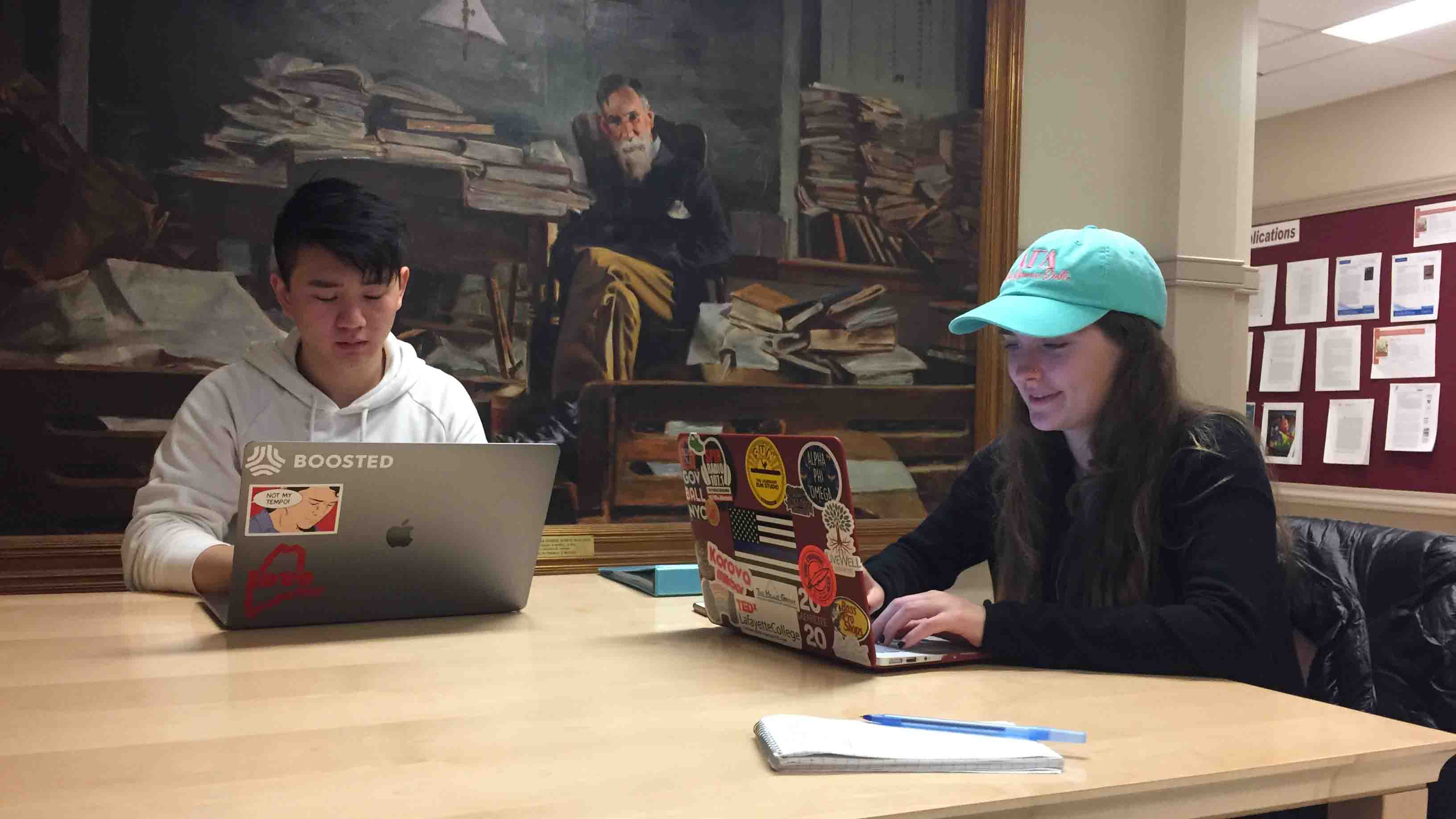 On the third floor of Pardee Hall, the hulking image of Francis A. March, legendary 19th -century English professor who was first in the nation to include Shakespeare as part of his curriculum, watches from a giant oil painting as two students frown into laptop computers.

They are Hannah Koch ’20 and Randy Zhou ’20. Koch is an English and film & media studies double major. Zhou majors in film and media studies.

“That’s what I was doing,” Zhou says.

Koch has class twice each day, and she’s responsible for giving campus tours to prospective students and their families. She has team meetings for the youth softball team she coaches, and as a member of the Alpha Gamma Delta Leadership Council, attends an orientation leadership meeting. She also has to find time to fit in a handful of movies for her film and media studies class.

Zhou has exams and deadlines to keep track of. Next week he has to direct and edit the department’s weekly webisode. He needs a topic.

“So I’ve got a week to cram that in, but I’ve got to get the stop motion project done by the end of this week,” he says.

Since the beginning of the semester, Zhou has been creating a film about his rubber duck. It was a childhood toy. In the film, Zhou drops the toy; it comes to life and has to find its way back to him through an alternate reality, where cables and cords chase the toy.

He’s shot footage on an abandoned bridge near campus, at a parking deck, and in a studio. He’s shot more than 1,000 images of his toy duck.

“It’s the most tedious thing,” he says. “It’s moving it just a tiny bit then going back and taking a picture and then moving it again.”

Tickling the ivories
Categorized in: Academic News, Film and Media Studies, News and Features, The Arts