According to Pennsylvania Department of Health, the prescription opioid and heroin overdose epidemic is the worst public health crisis in the state. More die from opioid overdoses than fatal vehicle accidents. The Centers for Disease Control and Prevention ranks Pennsylvania fourth for highest rates of death due to drug overdoses, nearly 38 per 100,000 people.

But the face of addiction is not one we always care to confront. We picture the poor, uneducated, and transient, not suburban teens, adults with good jobs, nor moms and dads with young children.

Shining a light on this tragedy is the Easton Opioid Awareness Committee, a joint effort between Easton and Palmer Kiwanis, Boys and Girls Club of Easton, and Easton Police Department. With support provided by the Center for Community Engagement, the committee held its fourth community event at the College.  The goal: Put a face on the stories of addiction and recovery in hopes to educate and bring awareness.

Here are excerpts from those stories. 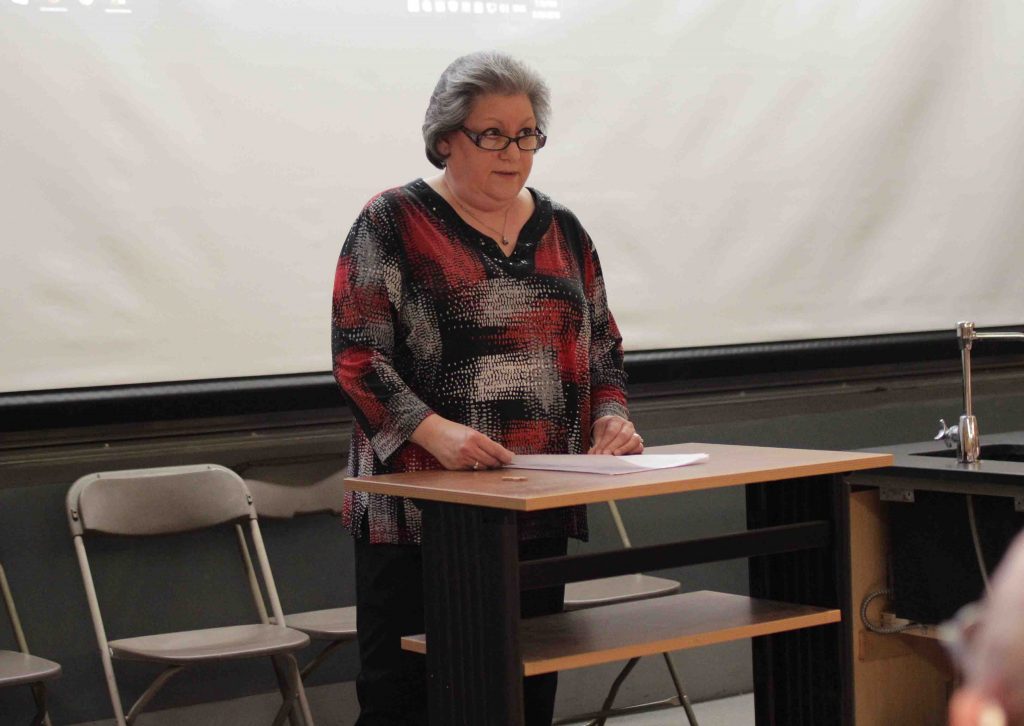 “I am a parent of a child who is an addict. It has been a dark and scary path, and we have had to fight our way out. I had hopes and dreams for my son and never thought he’d suffer from addiction. I was watching my son die in front of me. I wanted answers. I placed the blame on myself. I hid from the shame and stigma—he’d make a mess, and I was always picking up the pieces. It came at a cost to my marriage and the relationship with my other child. I was always trying to fix my son. He became my sole focus. Like him I lied, stole, and manipulated. I too was sick and watched as my family was destroyed.

“When I told him he was no longer welcome in my home or at my parents’ home, I drove past him on the street as he left. It was storming outside. The rain fell as hard as my tears. I came in my front door and fell to my knees. The pain was unbearable, my heart breaking.

“I was told I needed to get out of my son’s way ‘or you’ll love him to death.’ Love and enabling look a lot alike. I was trapped by his addiction. I began a 12-step family support group. It was then I was honest with my husband about my lies. I began my own recovery. I learned the three Cs: I am not the cause of the addiction; I can’t control it; and I cannot cure it. I had to detach from the chaos. My son would have to beat his addiction on his own. I was not turning my back on him. I was detaching with love. I know my son loves me and does not want to hurt me. I told him I loved him and that I was here for him whenever he was ready to get help. I set healthy boundaries, not out of fear, guilt, or worry.  My support group became family.

“Addiction is a family disease. When the family is strong, healing begins. Today I live for happy days, for hope and peace. My son left the path seven years ago. He is now working full time and a father, and we are a family again. To help others and stop the stigma and shame, we must share our stories. We must stand up and speak out.” 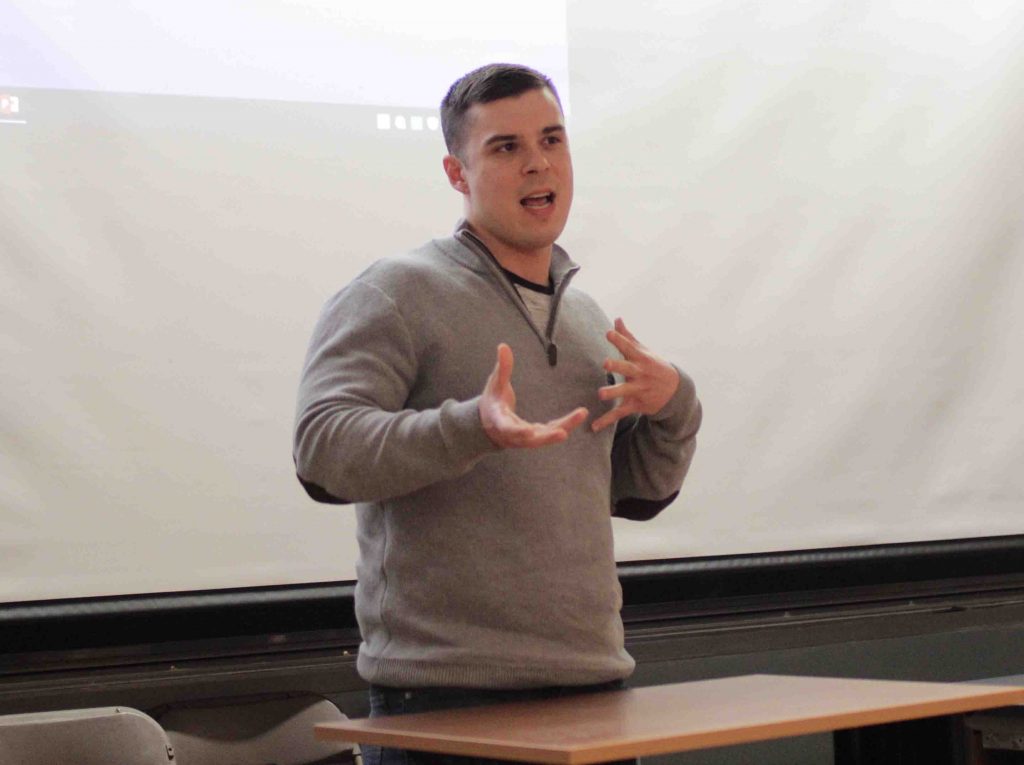 A 29-year-old recovering addict with seven years clean, Dan is enrolled as a full-time student pursuing a B.S. in environmental studies and is enjoying his life without the use of drugs as a member of a 12-step fellowship.

“While I was set up for success in my life, I started using around 11 years old. Alcohol was a common part of life. By 15 years old, I was using opioids. A friend got a prescription to Vicodin for some pulled wisdom teeth. I thought I was a kid having fun, not on a path of addiction. Soon people saw that I had a problem, but not me. Addiction is the only disease that tells us we don’t have a disease.

“When I stole checks from my mom, which was not the worst thing I did or the first time I was caught, I felt the lowest I ever felt. I wrote out a suicide note and hanged a noose in my room. Then I had a better idea: I would overdose. Sadly, I couldn’t afford to overdose. I didn’t have money and had a high tolerance. It’s sad when you can’t even kill yourself without drugs. I was 143 pounds and littered with track marks.

“I entered rehab, knowing I was not ready to stay clean. I was tired of the pain and tired of hurting everybody. At rehab, some speakers came in. They were clean, had arms full of bad tattoos, and laughed and hugged lots. Seeing them made me think I would give rehab a try. I went to a fellowship meeting but still had plans to celebrate my sobriety with a drink when I turned 22 years old.

“But I went all in. I attended meetings every day. I got a sponsor. I did the step work. When my birthday came, I didn’t drink. I felt so good and so happy. I belonged. I had hope. I could be a functioning member of society. I developed a work ethic and got a good job. I only left it when I realized I was too scared to go to college. I’m now earning a degree. I faced the deeper parts of my thought patterns and have learned to face responsibilities and take accountability.” 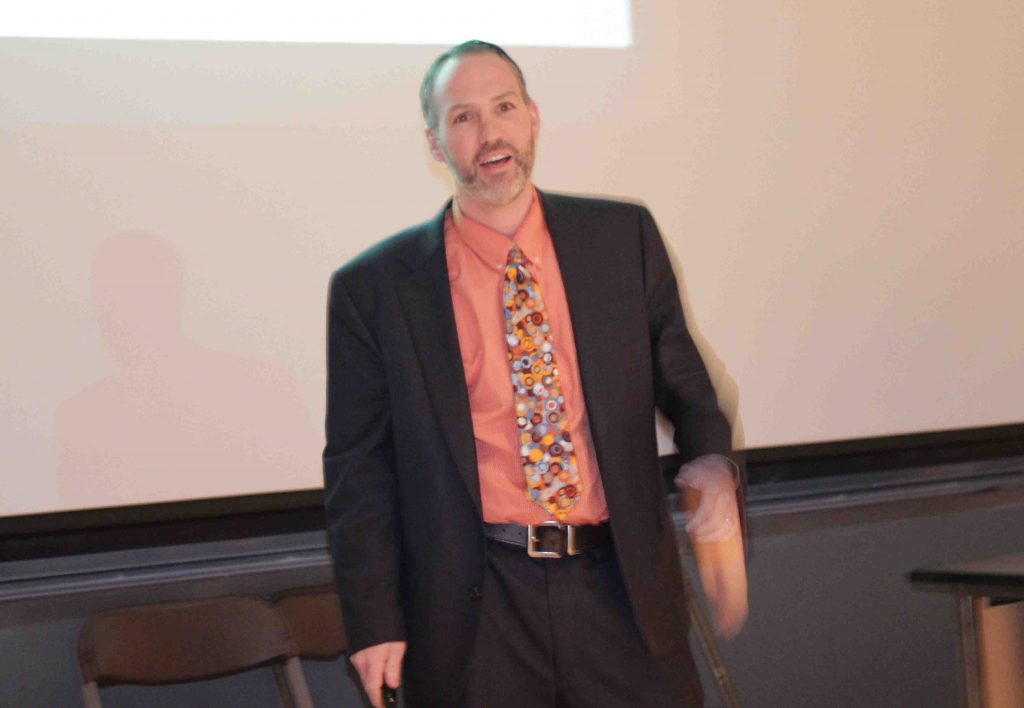 A 2005 graduate of Penn State University with a degree in psychology, Kane is the clinical administrator at Clearbrook Manor, a chemical dependency treatment facility in Wilkes-Barre, Pa.

“What do you see when you picture an addict? Most people don’t see me. I was an overachiever. I graduated in the top 20 of my class and had a scholarship to a well-known private college. My parents were great. My mom thought I could do no wrong while Dad was a hard-working former Marine. I intellectualized my addictions. At 15 years old I tried OxyContin. I can remember every detail of that moment. When I got older, my dad gave me an option: Get help or get out. I left. That day I took my brother’s Social Security card and got a license issued to me that said I was 21 years old. I started selling drugs in college. One night at a party at my place, two men came in to rob me. I had a .45 to my chest over a $50 bag of weed. While they went to jail, I didn’t. I thought that incident would scare me, help me grow out of it … I fell back in quickly.

“I went to treatment. After nine days, I was being moved into a halfway house. I started using again soon after. The second time I began treatment, I was brought in but not convinced I’d comply. I was placed on a maintenance program. Two days later I was shooting heroin. Soon I was at my mom’s house. I asked for a few dollars to fill my gas tank. She offered to take my car to the station. I gave her the classic addict response, ‘What could I do with $20? You don’t trust me.’ It escalated from there until my mother cried. She then said, ‘If you die from this disease, I will get through it.’ I left her house and got high. Later that night when the buzz wore off, I cried alone on my couch. It’s hard to realize that your own mother has gone through the mental process of burying you.

“Others aren’t so lucky. There is a bulletin board at work filled with obituaries. Fathers gone. Children gone. Did they die in vain? That depends on how society views us and works to find a real solution.”