Trustees Stephen Pryor ’71 and Sylvia Daniels Weaver ’75, who are retiring from the board, will be elected to emeritus status. The following are biographies prepared for the Commencement program. 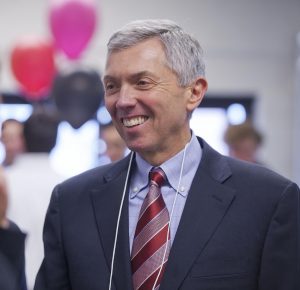 Pryor is chair of the $400 million Live Connected, Lead Change campaign, the largest and most ambitious fundraising effort in the College’s history. He was a member, ex officio, of the Presidential Search Committee whose efforts culminated in the election of Alison R. Byerly as Lafayette’s 17th president.

Before becoming a trustee, Pryor served as board associate and member of the Lafayette Leadership Council. He has shared insights and expertise with Lafayette students on many occasions.

A biology major at Lafayette, Pryor holds a Master of Business Administration degree from Harvard University Graduate School of Business. His wife, Katherine Wheeler Pryor, is a member of the Class of 1974.

He was a member of the executive committees of the American Chemistry Council and Society of Chemical Industries and a director of the International Council of Chemical Associations. He is a director of Catholic Distance University and Immokalee Foundation. 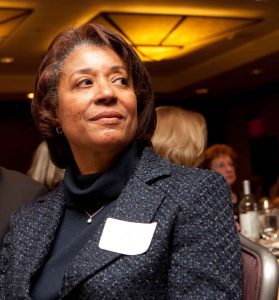 Currently a member of the Steering Committee of the College’s McDonogh Network, she served on the Presidential Working Group on Faculty Salaries. She was a member of the Alumni Council’s Executive Committee and Young Alumni Committee, Alumni Affairs Transition Team, and 40th Anniversary of Coeducation Committee.

Weaver is the recipient of the Alumni Association’s Clifton P. Mayfield 1909 Outstanding Young Alumni Award for outstanding service by a member of one of the 15 most recent graduating classes. She received the Lois and Neil Gagnon Award for distinguished service to the Office of Career Services in assisting students in career exploration.

An English major at Lafayette, Weaver holds a Master of Science degree in telecommunications and computing management from Polytechnic University. Her husband, George Weaver, is a member of the Class of 1972. Their ties to Lafayette include daughters Stephanie ’03 and Danielle ’07 and son-in-law Stephen Gabriel ’07.

Categorized in: Commencement 2018, News and Features
Tagged with: Trustees