After 10 years of inching ever closer to a national title, Lafayette’s steel bridge team beat out 44 others to claim first place in the 2018 National Student Steel Bridge Competition at University of Illinois.

“While we knew that we had a contender, we also knew that we needed to be nearly perfect in order to beat the other top teams, which brought incredibly well-engineered bridges,” says Steve Kurtz, team adviser and associate professor of civil and environmental engineering.

“Many of our alumni from the past 12 years can relate to the teams that we narrowly defeated,” he says. “They did great engineering work but came up just a bit short, often due to a small dimensional penalty or a few bolt drops.”

Kurtz credits the win to the team’s razor-sharp focus on adhering to the basics.

“Our most basic principle is that every decision must be an engineered decision,” says Travis Shoemaker, team captain. “We have a system for estimating total costs, which we began to employ in August. We conducted hundreds of finite element method-based case studies and parametric studies. From that, our strategy developed, in terms of bridge style and construction method. We did not have a preconceived strategy; strategy is the result of analysis.” 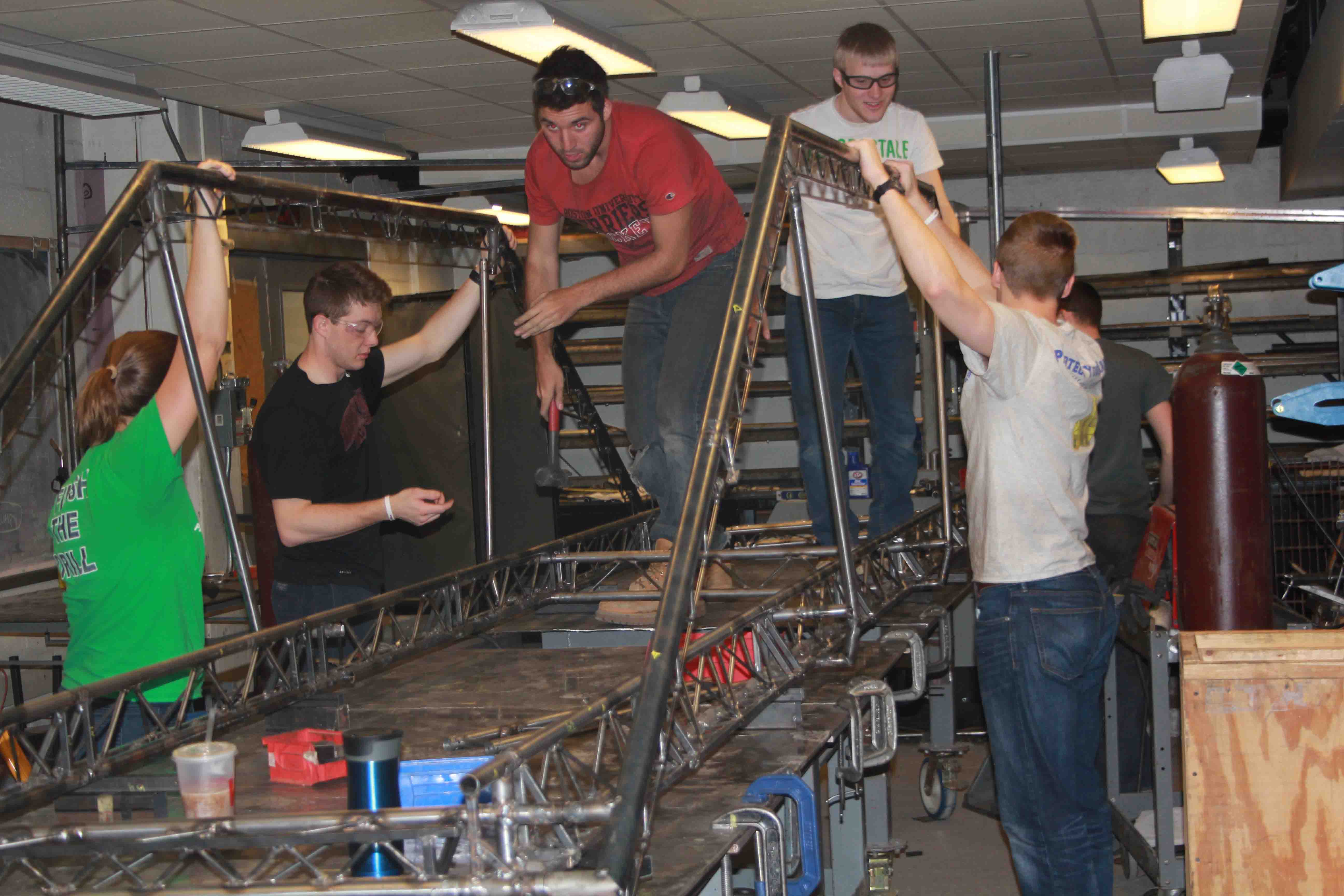 Teams are tasked to design and fabricate a bridge that will support a 2,500-pound load over a span of 20 feet. Bridges are fabricated in sections and assembled during timed construction during the competition. Teams are judged on their construction speed, bridge weight, stiffness, lateral integrity, and aesthetics.

“All nine members of the team were first-time participants because that’s how we do it at Lafayette; bridge teams are entirely composed of seniors,” Kurtz says. “However, an intramural version of the steel bridge competition is integrated into the required junior-level structural steel course at Lafayette, so every Lafayette civil engineering student has been a steel bridge participant prior to graduating.”

“I think during the ride back home is when it finally sunk in,” says Shoemaker, who led the construction of a tied-arch bridge using rain gutters and other innovative techniques based on analytical studies.

Lafayette’s first-place plaque was immediately mounted on the bridge, which is on permanent display in the lobby of Acopian Engineering Center. First place also included a $3,000 prize.

Sponsored by the American Institute of Steel Construction and American Society of Civil Engineers, the national bridge competition has been held annually since 1992 and is considered the premier civil engineering student competition in the United States.