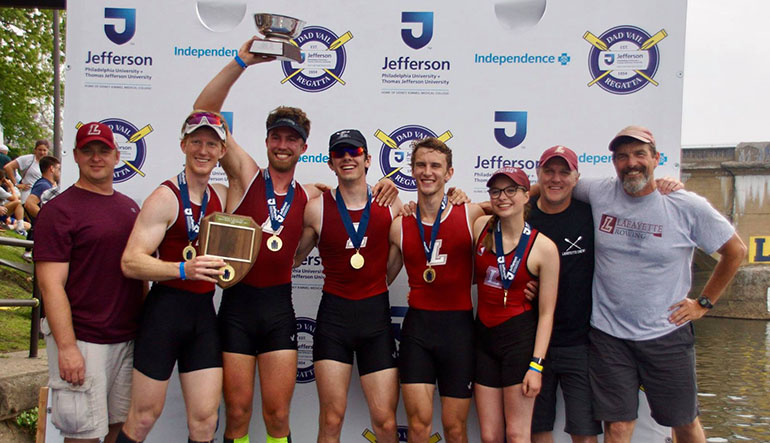 The Lafayette Crew Club won two gold medals at the Dad Vail Regatta in May, the largest collegiate rowing event in North America, which attracts more than 100 highly competitive teams.

While the club has medaled at the Philadelphia event for the past five years, this is the first year the club brought home two golds, a historic achievement for the program.

“It was our most competitive race of the season, and all of the crews linked up in the grand final had some serious speed,” Coulson says. “But winning the race wasn’t as tough as I thought it might be. Our crew was completely locked in. The best crews are ones that embody the idea that the whole is greater than the sum of its parts, and I think that’s definitely descriptive of how our crew felt during the race. The win was absolutely huge for our team.” 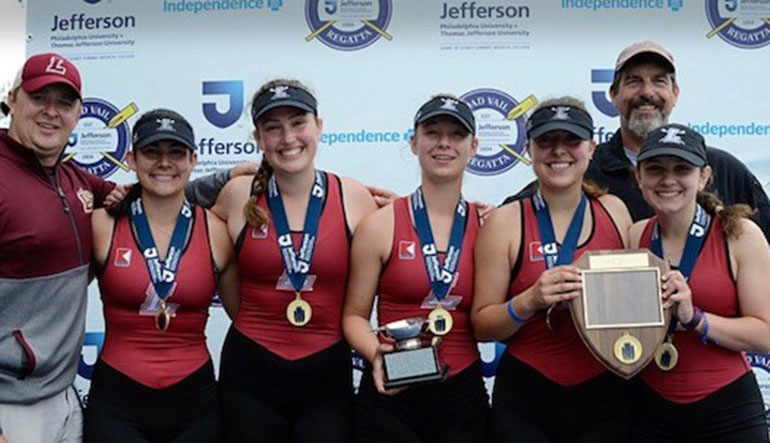 “Most of our competitors have programs that are both larger and varsity-funded, several with scholarship athletes,” says head coach Rick Kelliher. “Making the finals against that level of competition is always the goal. Seeing the women’s team make the finals and sprint beautifully to a first-place finish was very rewarding.”

Kelliher credits the students’ work ethic and dedication for their success. “The athletes train six days a week; many rowers train twice a day,” he says. “They have been working very hard this year. Their consistent hard work and commitment to each other is what made them so successful.”

The men’s victory was particularly gratifying for the seniors graduating from the program.

“This was highly meaningful to me on a personal level,” Coulson says. “I couldn’t imagine a better way to have ended my undergraduate rowing career. I can leave Lafayette saying that I accomplished something truly extraordinary in my time here.”