She biked 4,000 miles from California to Maine over 10 weeks. She raced on the national champion crew team. She studied neuroscience on a pre-med track.

No small feats for Carolyn McDonough ’18.

Her most rewarding? Teaching 80-year-olds how to play piano at Easton Area Lifestyle Campus.

McDonough taught at the center two days a week for a couple hours and volunteered there for over a year. As nine to 12 regulars joined her on the bench each week, she recognized that you can teach an old dog new tricks. 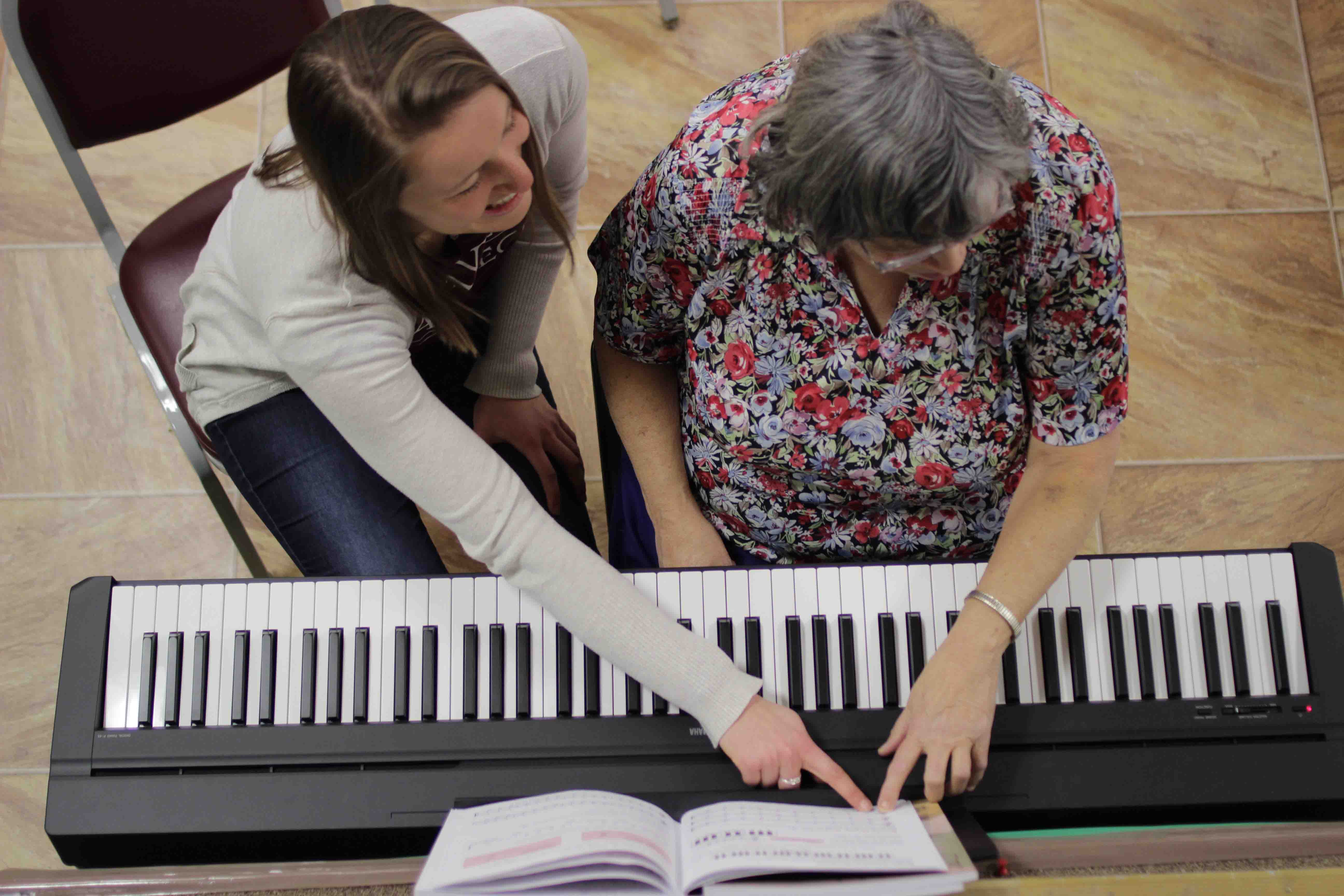 Betty shyly approaches the piano, barely looking up. While she has always wanted to learn to play, her confidence is low.

“I have sticky fingers,” says Betty, a term that indicates she holds notes too long as she reads the music and searches for her next key.

She’s only been at it for a few weeks, and McDonough lavishes her with encouragement.

Betty is her own worst critic even as she successfully hits the notes and plays in time. Oftentimes, it seems Betty is close to hitting her forehead on the keys much like the classic Sesame Street character who feels like a failure.

Still though, she persists. In part because she is motivated to learn and in part because McDonough blends piano chops with true connection and compassion. 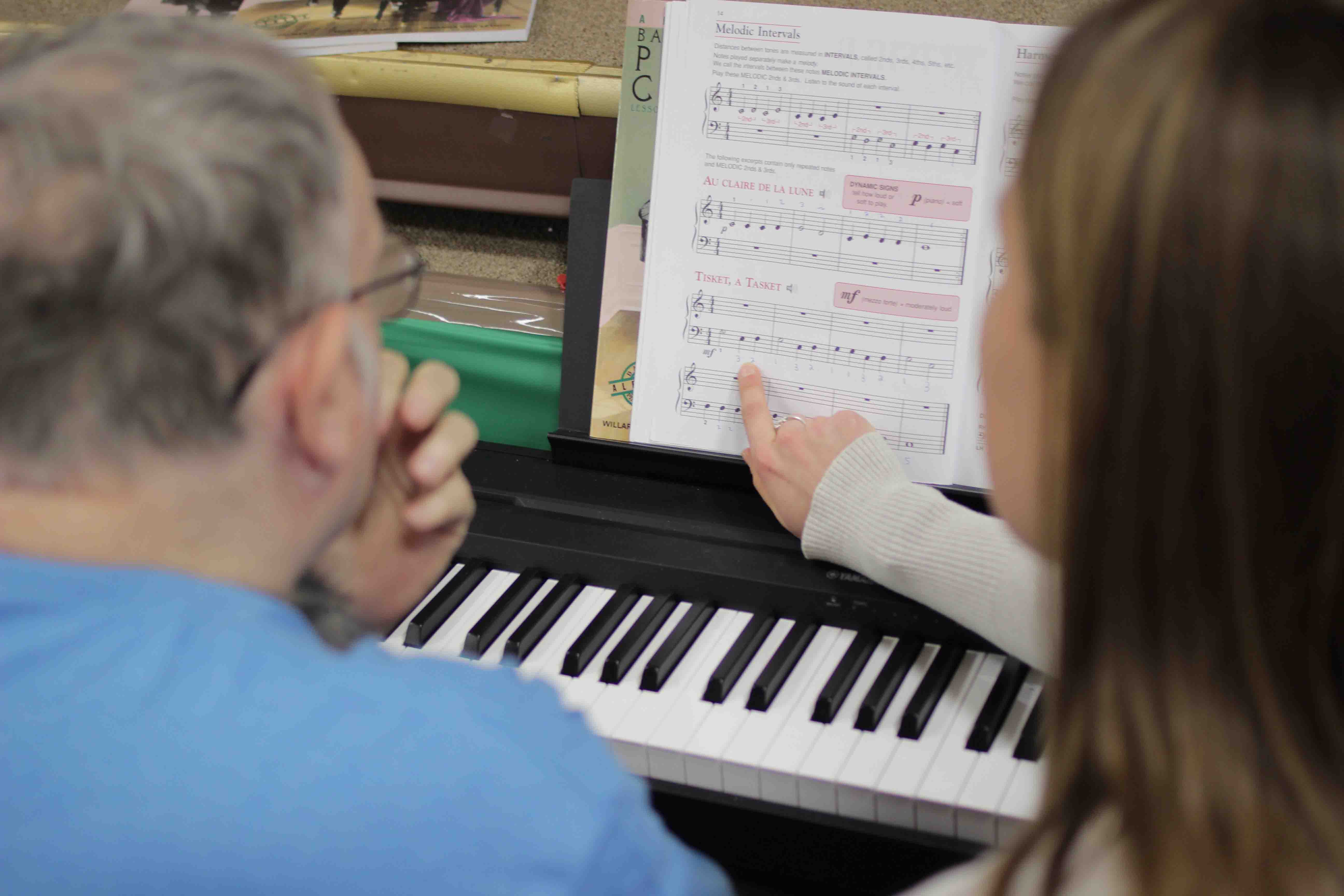 As a music minor, McDonough took lessons in classical and jazz piano, and harpsichord. She played with the Marquis Consort, which performs music of the 16th, 17th, and 18th centuries. She even picked up acoustic guitar lessons.

“I’ve been playing piano since second grade,” McDonough says. “I love the instrument, and there is so much joy in teaching what I love to do.”

That love is what prompted her to apply to the Creative and Performing Arts (CaPA) Scholars Program. CaPA challenges students to commit to their creative development and bring cultural experiences to the Lafayette community. CaPA scholars receive $7,500 over four years to develop their own projects—from concept through execution—that use the arts as a vehicle for igniting dialogue on Lafayette’s campus.

McDonough used some of her funds to buy two keyboards for the center.

“I came here as a volunteer through an aging course last year, and I have never left,” she says. She has worked to create a legacy both with her gift and her recruitment.

“I read many reviews for keyboards, spoke to my former orchestra teacher, and ultimately bought keyboards similar to ones I practice on. As a neuroscience major, I know the benefits of learning to read music, using one’s hands, and practicing,” she says. “I also am trying to bring another CaPA Scholar here and grooming her to take over after I graduate.” 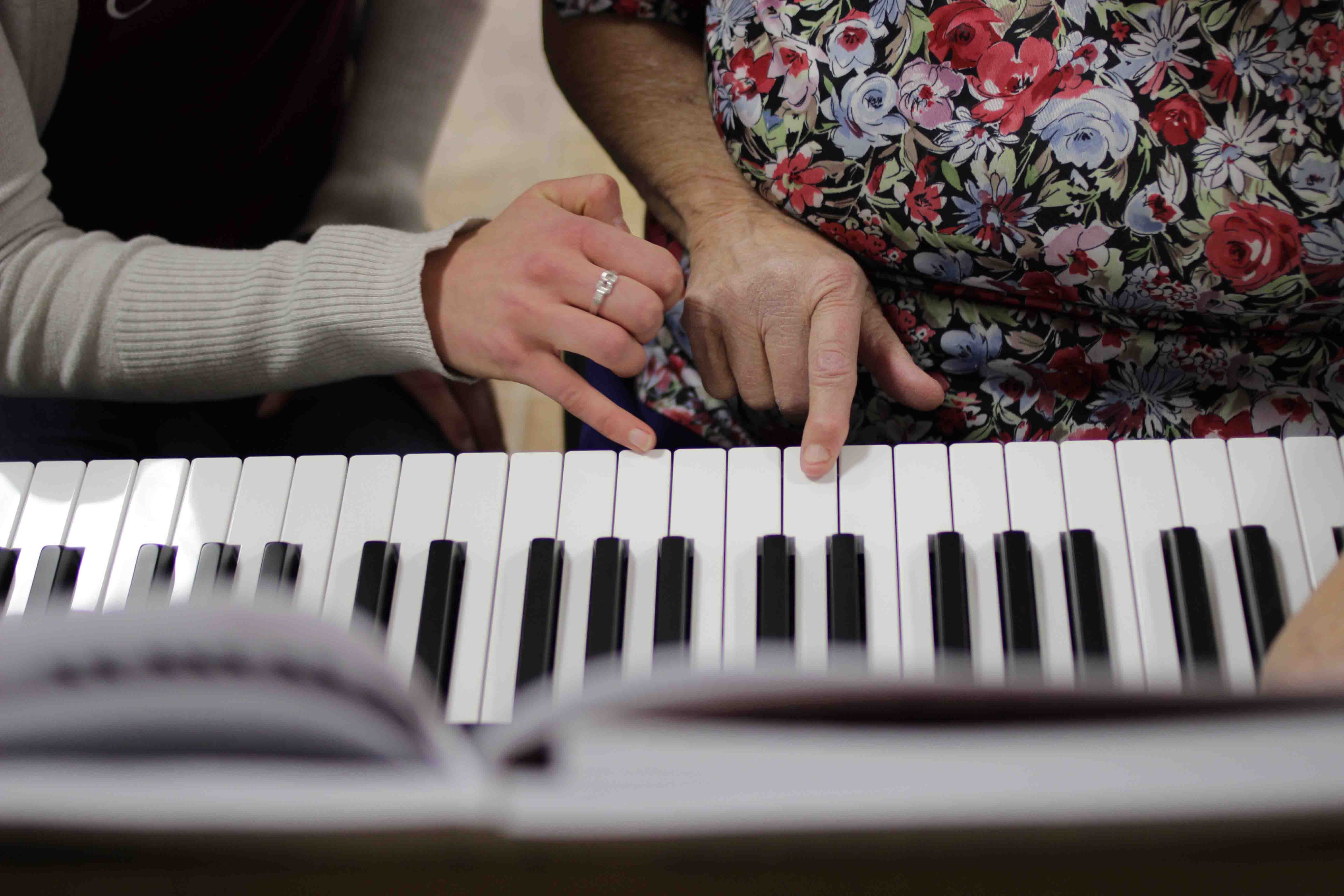 For good reason … the senior students love it.

McDonough taught a woman at the center who barely spoke English. The woman often used a translation app on her phone. Her good ear for music soon had them playing a Sound of Music duet.

“I work to teach each person at his or her own pace,” she says. “For one student, I printed out ‘Happy Birthday’ so we could play it on her 82nd birthday. In cases like this, I receive so much and am so blessed to give.”

Chuck has been her pupil for two months, and it shows. He snaps photos of his homework and enlarges them on his phone as he practices at the piano in the common room.

“She is a good professor,” Chuck says and then corrects himself. “A young professor. I’m not the greatest student, but I am working at it.” 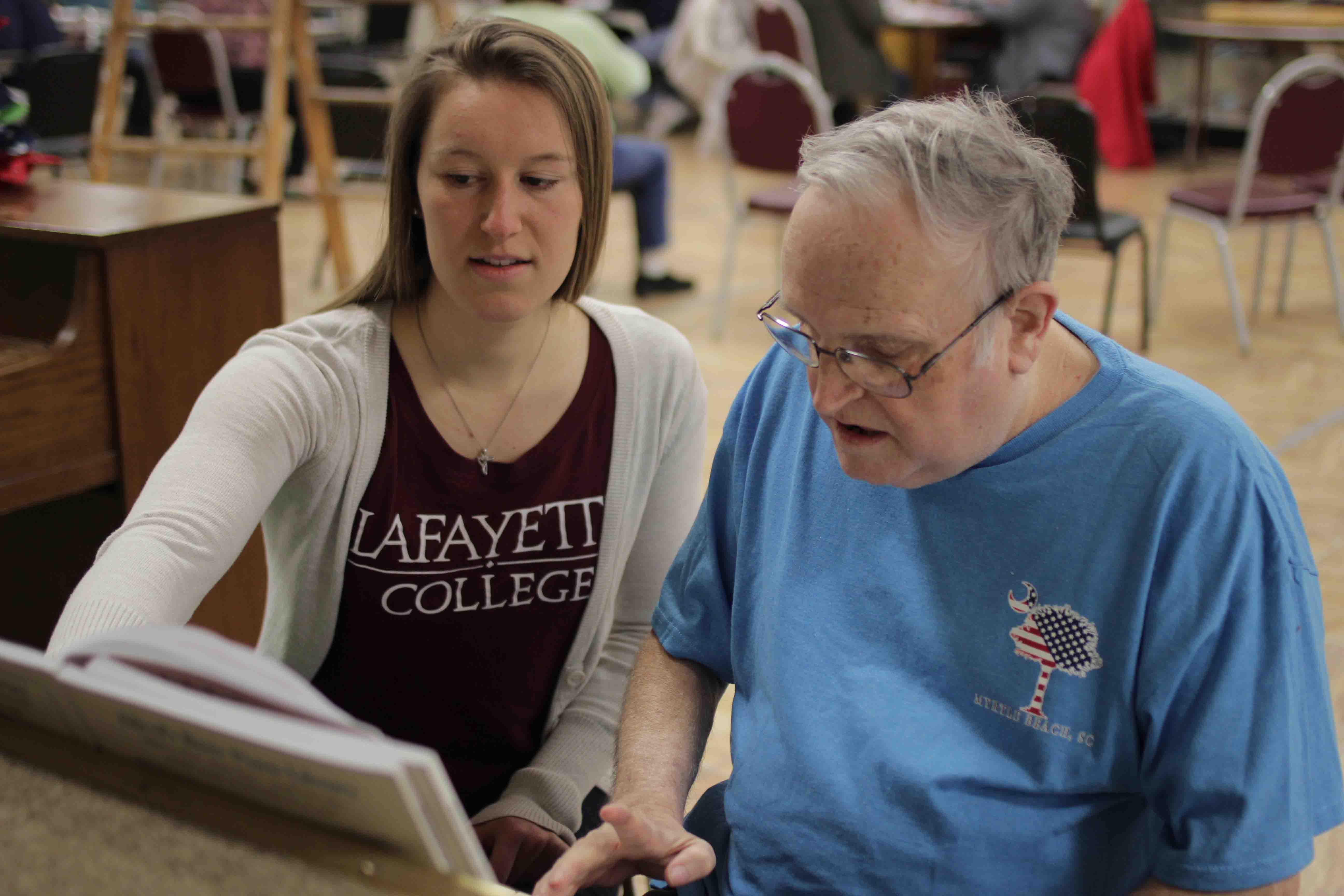 “You are a willing learner and a hard worker,” she says. Chuck smiles.

She discusses quarter rests and introduces them in two new pieces. Chuck finds his middle C and works through each piece, pausing when he comes to the quarter rests.

Chuck walks back to other activities in the center humming the song he’s just played while McDonough readies her bench for the next student.