A child, wearing an “Old Sparky” commemorative T-shirt, plays around a display of the electric chair where 361 prisoners sat between 1924 and 1964 to be executed by the State of Texas. The front of the shirt says “Riding the Thunderbolt.”

Before being donated to the Prison Museum in Texas, the prisoner-constructed device sat in the Death House of the Walls Unit at a medium-security prison in Huntsville, Texas.

Some of these details fail to add up to a cohesive whole: a museum dedicated to prisons, an exhibit that flaunts harsh retribution, a steep number of executions, prisoners forced to create the mechanism that is used to execute those condemned by courts to die, and the commodification of a grisly death. 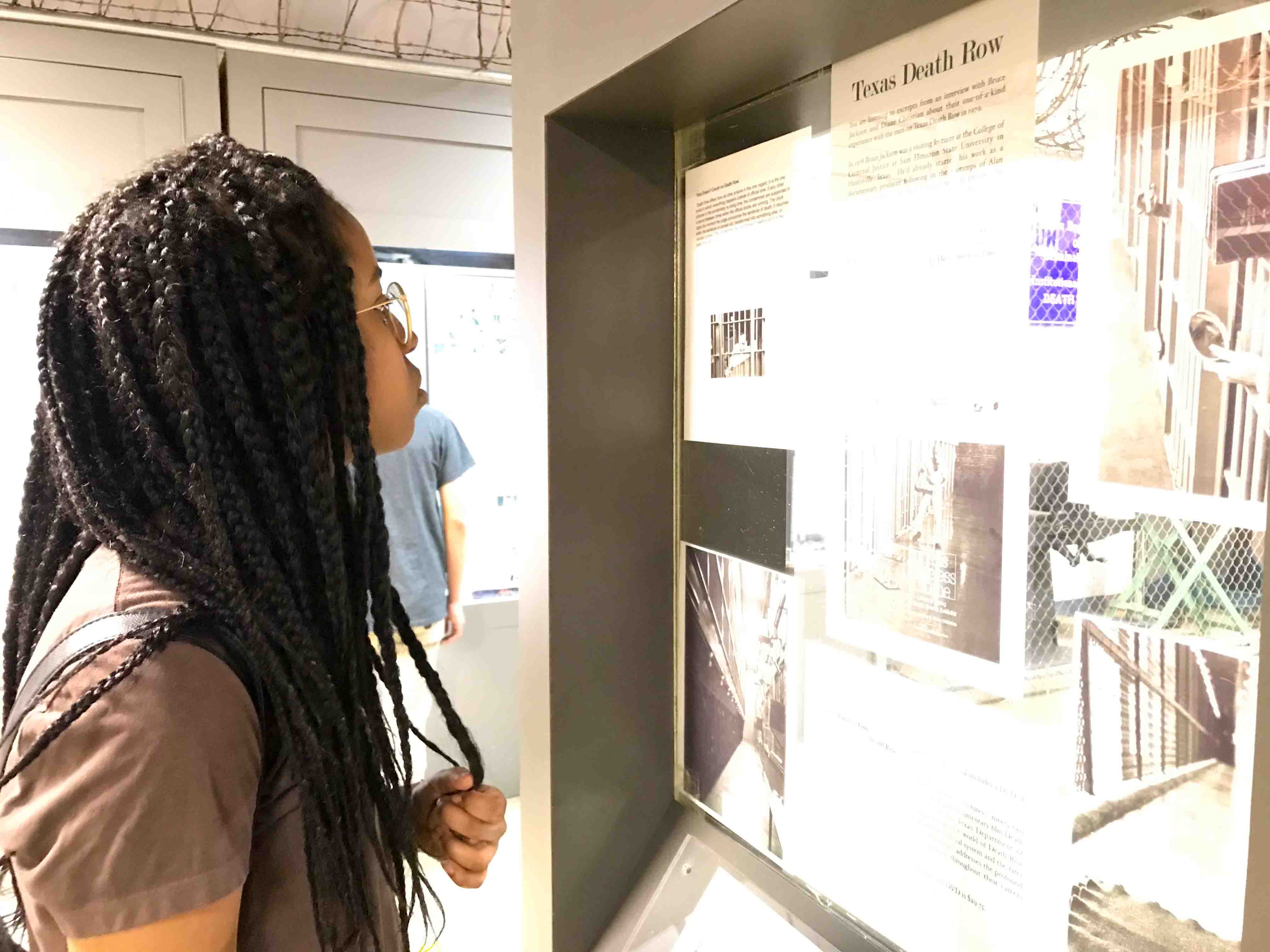 What does it say about us as people? How do systems entrench themselves so deeply? How matter-of-fact have we become about serving as the ultimate judge?

These are questions a group of Alternative School Break (ASB) students grappled with during a recent trip to Texas. The group was led by an advocate who cares deeply about prison issues, Yazmin Baptiste ’20.

ASB is a student-led organization advised by Director of the Landis Center Amber Zuber. Working with various partners both on and off campus, ASB team leaders plan and implement five domestic service trips and one international service trip over winter and spring breaks. 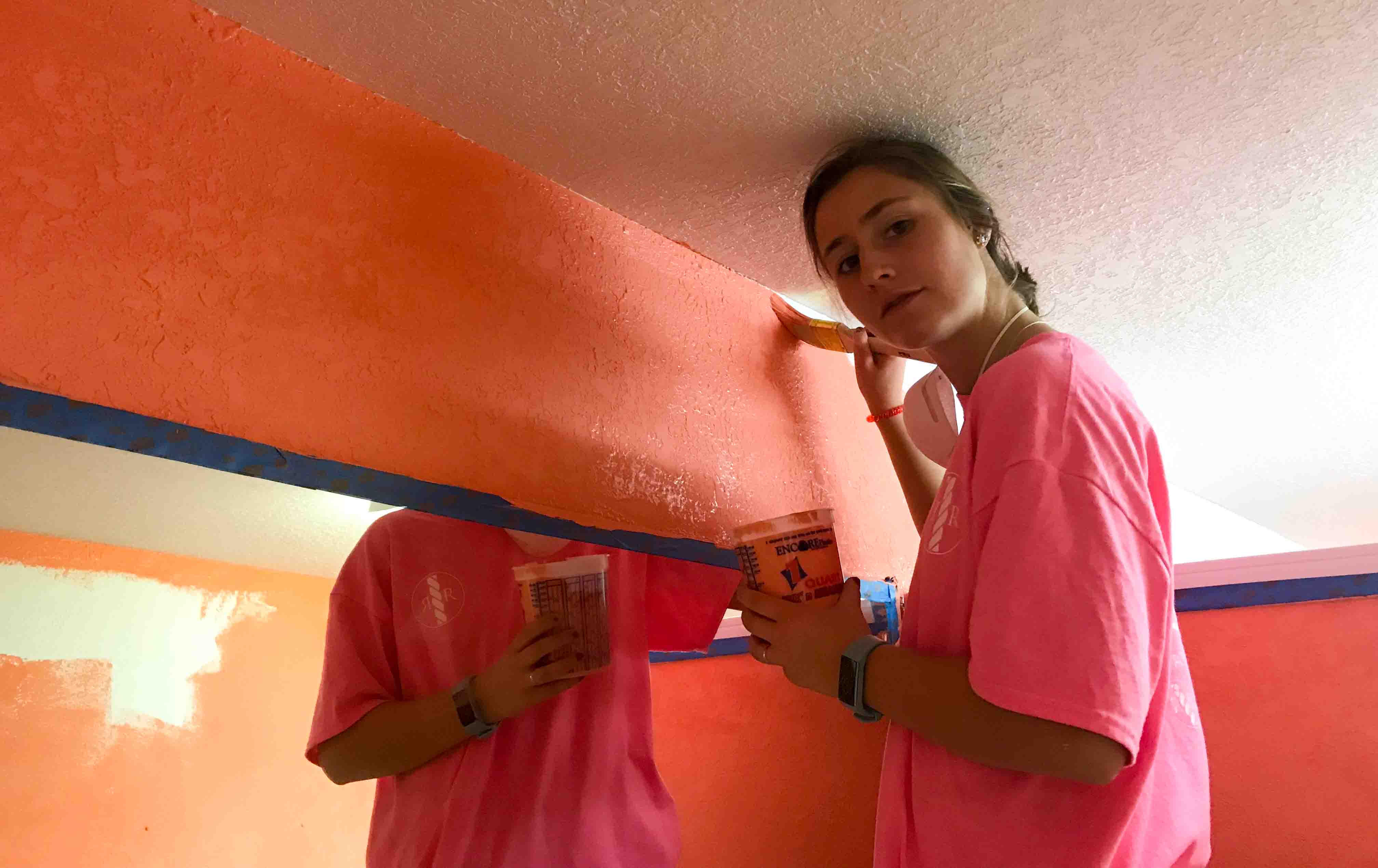 To help her with her trip, she called upon Clint Morris, director of volunteer services at the Texas Department of Criminal Justice.

“He knew it all,” says Baptiste. “So he helped create a trip that balanced many aspects of the criminal justice system (CJS).”

Their first stop? Getting prepared.

The semester prior to the trip, team members met weekly to learn about and discuss incarceration. They watched videos and read articles on the CJS, prison industrial complex, mandatory minimums, and restorative justice. 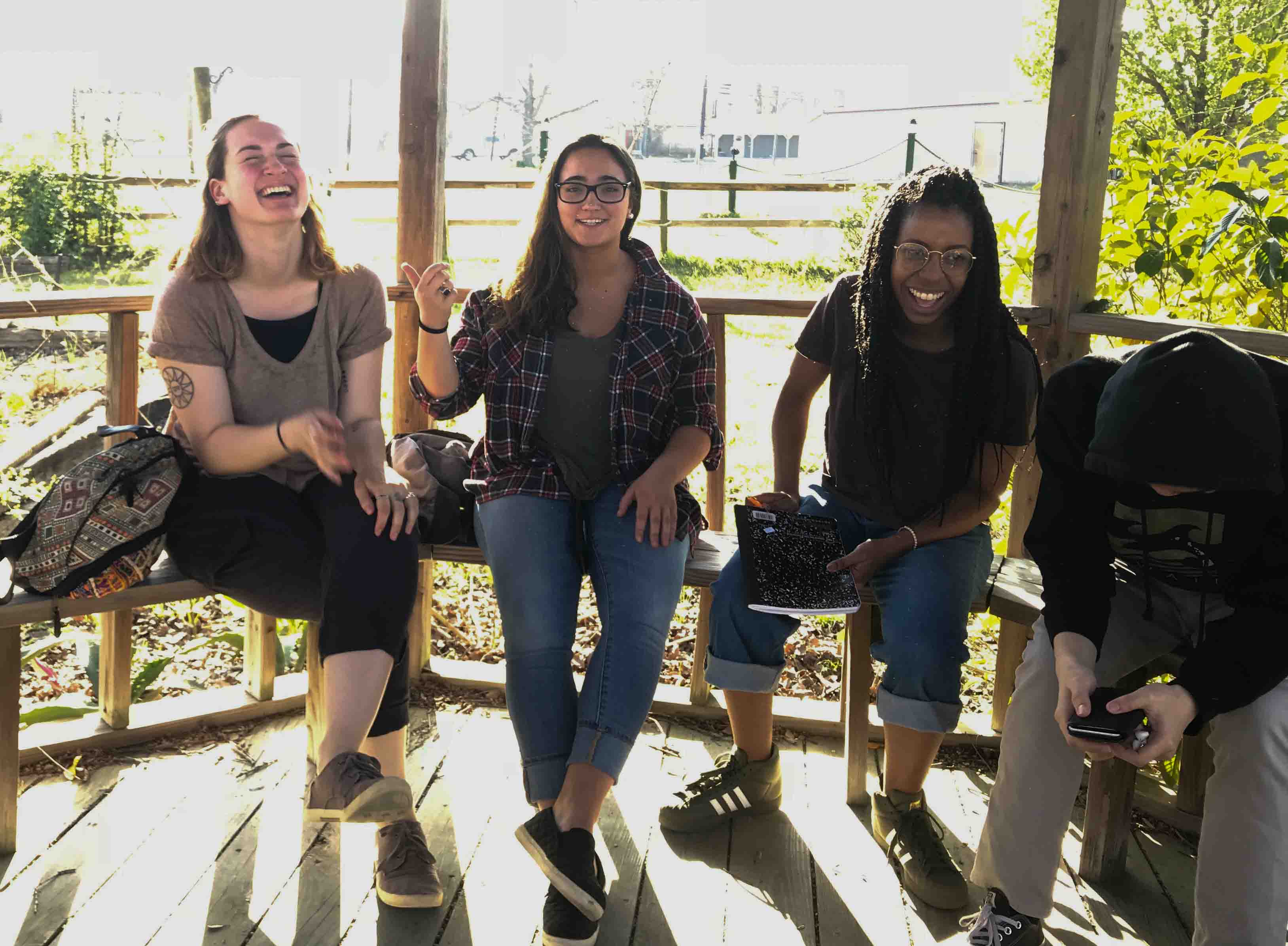 “Many of the students were shocked by what they learned,” says Baptiste. “It is a sensitive topic when many have grown up believing in justice—that all of us have access to equal justice under the law, but soon it’s clear that idea falls short.”

She should know, having interned at the Corrections Accountability Project in Manhattan, whose mission is to expose harms caused by the commercialization of justice and share tools to challenge its exploitation of vulnerable communities.

Also on her résumé is an externship at the Horticultural Society at Rikers Island.

The Texas trip began at Rahab’s Retreat & Ranch, a voluntary faith-based program serving victims of sex trafficking and women in the sex industry. The students were surrounded by nearly 20 women ranging in age from 17 to 30 years old along with their children. 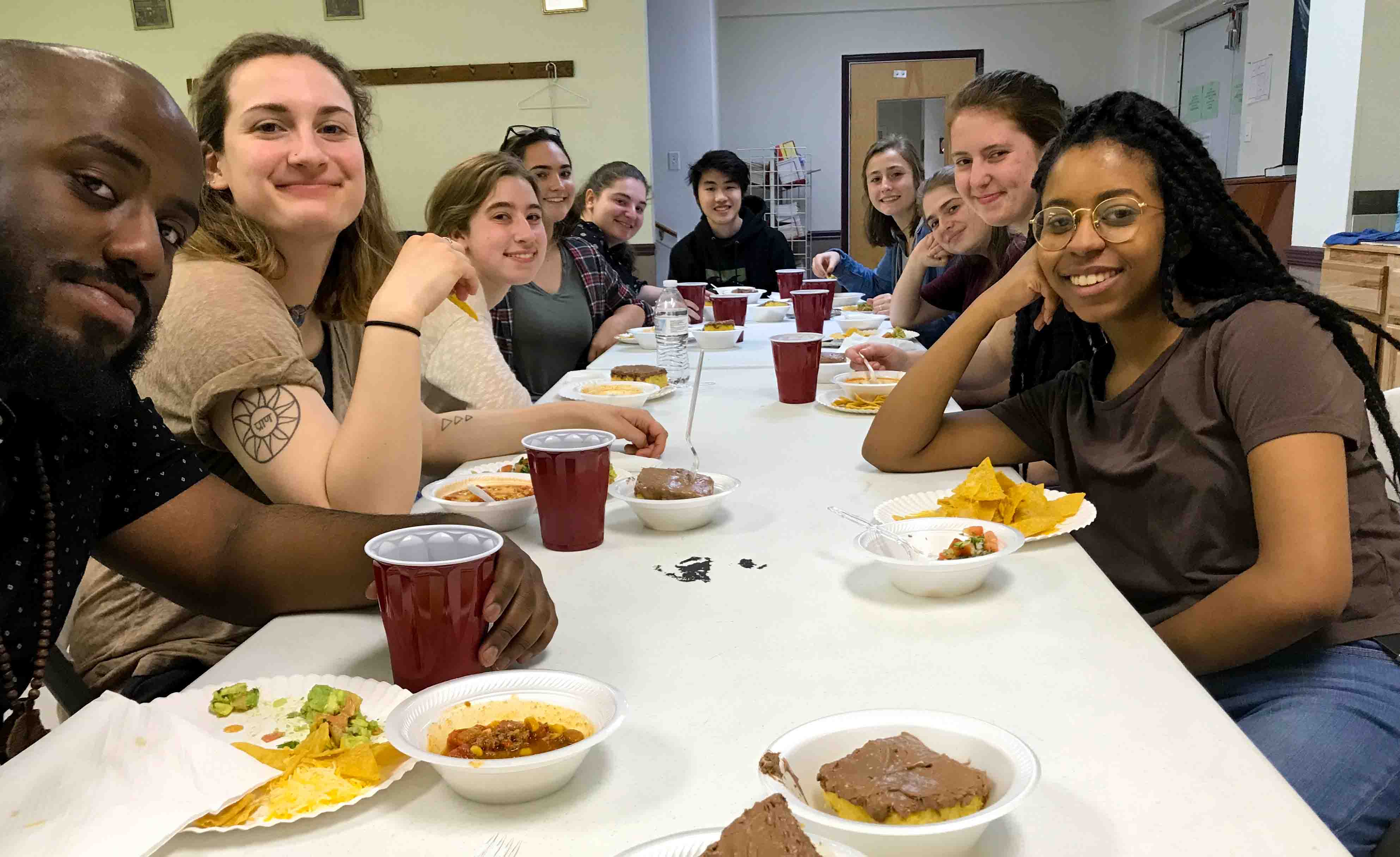 Many of the women at Rahab’s had addiction issues that led to prostitution. The students listened to their stories and offered company, especially when gathered around an evening campfire.

They also provided a little elbow grease, cleaning a grimy patio space that could be used for prayer and meditation as well as sorting through donations for their thrift shop.

Next came their visit to the Walls Unit, so nicknamed for the extensive brick walls that surround the prison. Their visit began with a tour—cells, jobs/industry, death row, and the death house.

“The tour felt so surreal at times, like when the guide talked about the calming green paint color used on the walls where prisoners received lethal injection,” she says. “It’s as if folks who work in the system become as numb to it as those who reside there. They can seem just as imprisoned.” 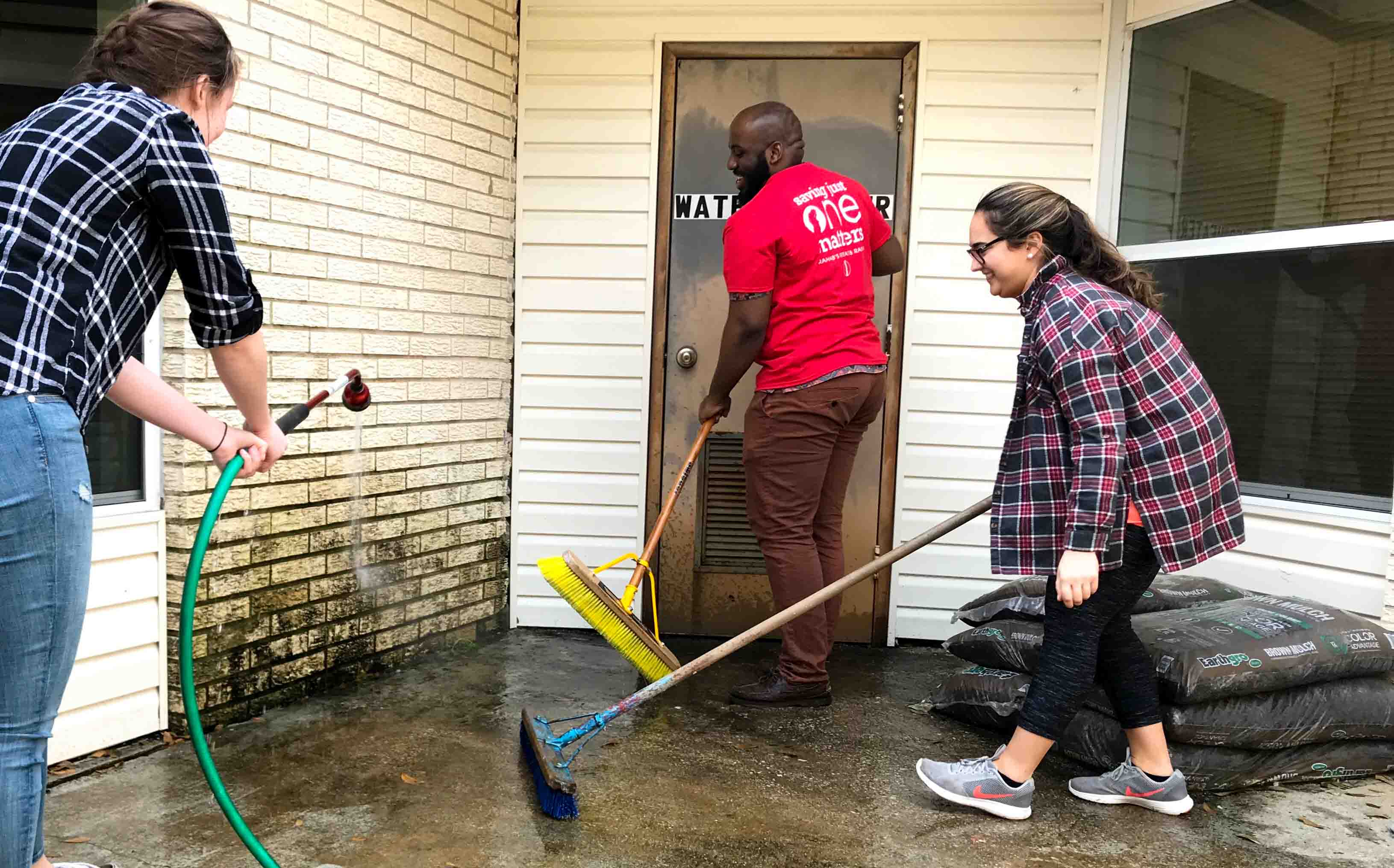 “The CJS is not an organism of its own making,” he says. “Citizens like you and me create it, support it through our taxes and our votes. Our neighbors, friends, and relatives work there. This was our chance to come face to face with the specter of it and see how it is part of ourselves and the society we create.”

The Walls Unit also brought amazing talent. The students saw skilled woodworkers and a leather worker. “One person was making leather cowboy boots worn by top Texas leaders that sold for $600 a pair,” Baptiste says. “There was a year-and-a-half-long waiting list to buy some.”

“The amount of talent and braintrust behind bars is quite substantial and amazing,” says Campbell. 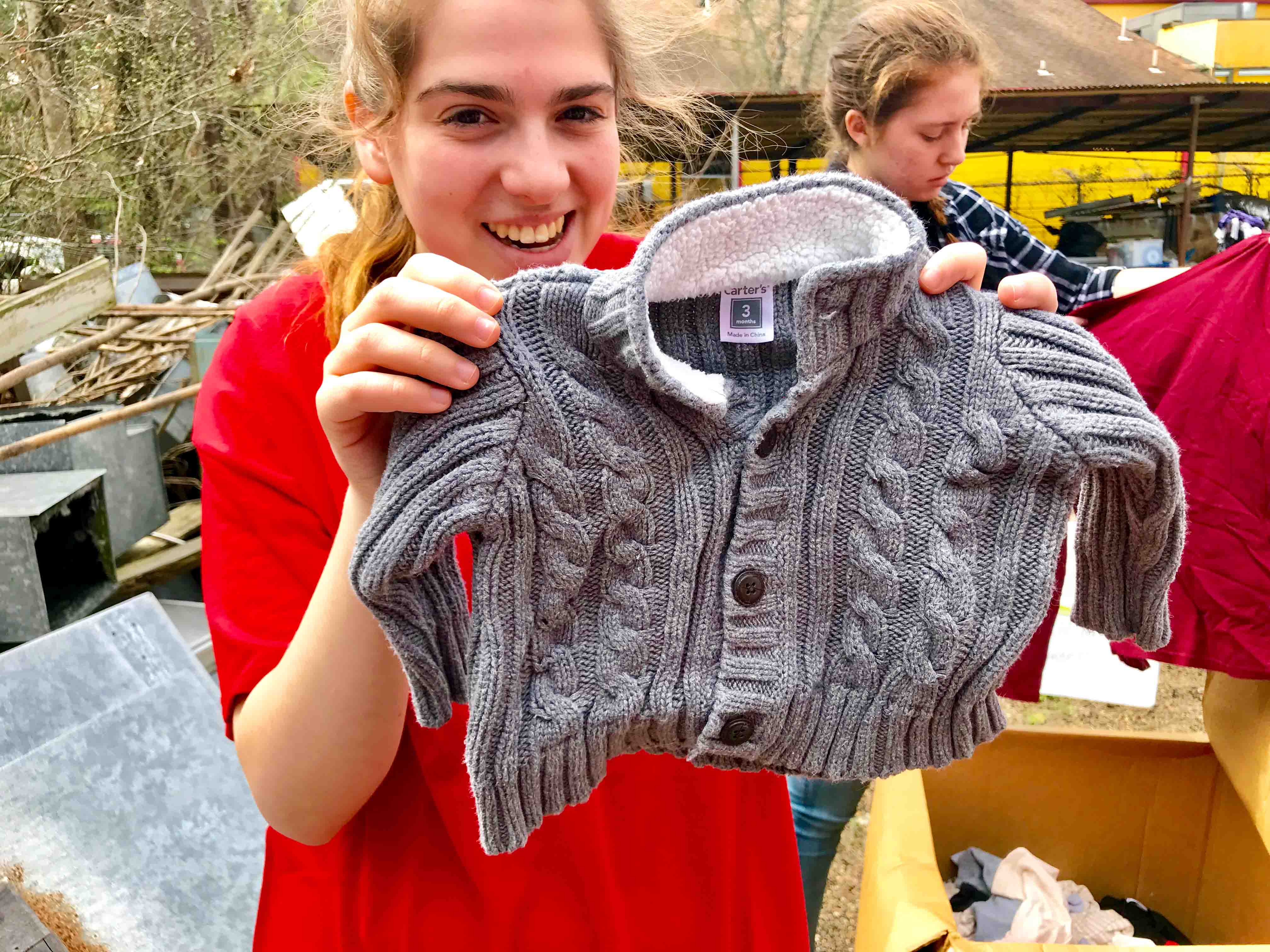 Students also visited Solomon’s House of Hope, a hospitality house operated by Burning Hope Baptist Church, a release meeting where prisoners begin to reorient to the outside world, and BAMBI, the Baby and Mother Bonding Initiative.

The Texas CJS in partnership with University of Texas Medical Branch provide a bonding program for prisoners who are pregnant during intake and deliver while incarcerated. The program allows new mothers time to form healthy attachment with their newborns.

“The women really work to change their behavior since they have so much to live for,” Baptiste says. “It was fun to play with the babies and listen to the mothers’ aspirations—become a nurse or attend college.”

After taking in so much intensity, the team reflected on each day’s visit. Their experiences varied. Some felt like they were tourists instead of truly helping a broken system. Others were proud to bear witness. Still others were fascinated by the psychological impact of solitary confinement—how having no human contact would impact the re-humanizing steps at release. 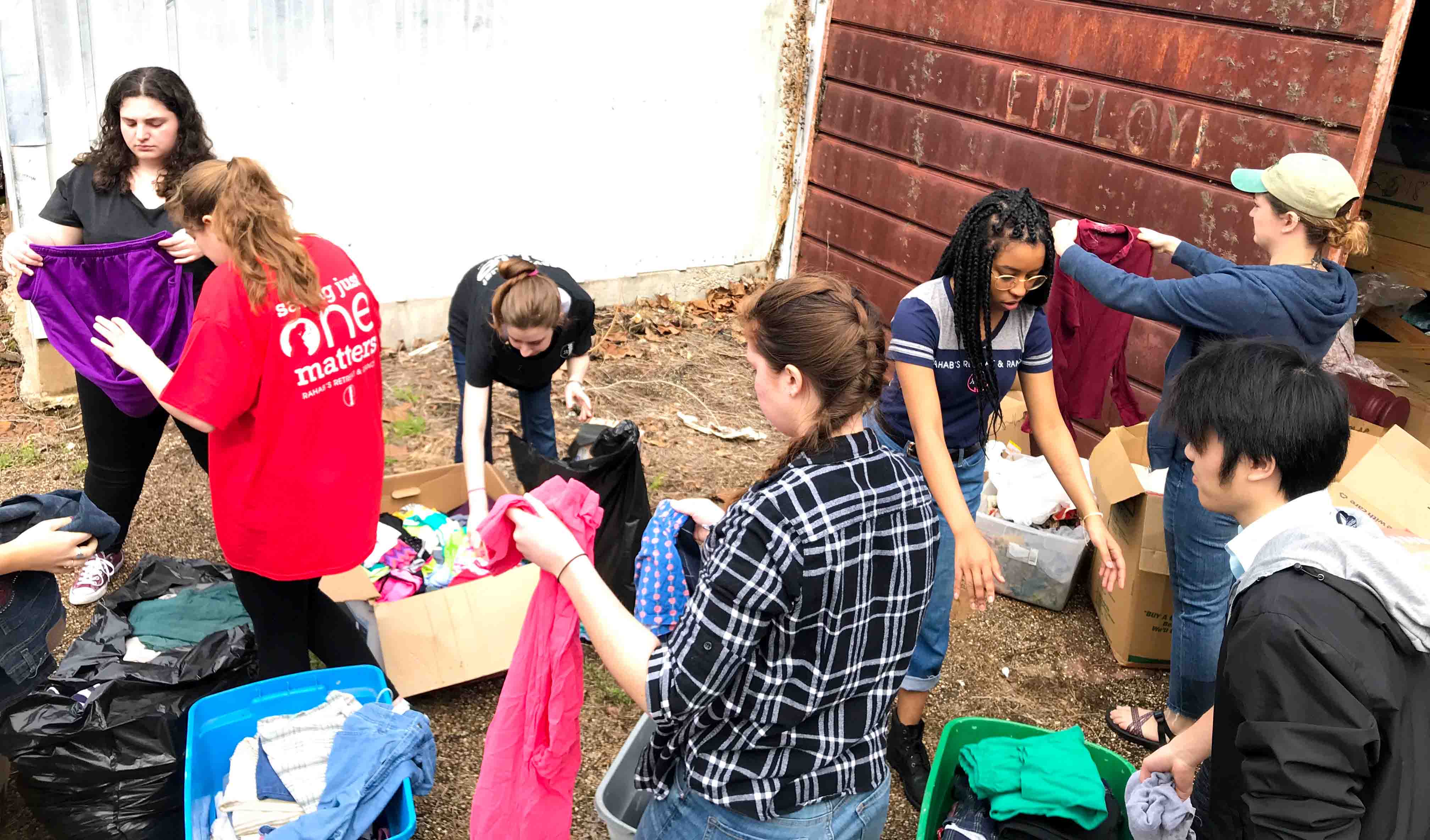 The team now is deciding how to best support some of the projects by collecting items on campus that are in high demand and educating other students by screening a film that focuses on prisoners’ last words.

But capturing all they experienced into words is hard … and yet seems apropos.

Imagine speaking to another person on the morning of your release. You have been given a donated outfit, a bus ticket, and $50 cash. You make your way to the bus station in Huntsville. When the teller asks where you want to go, it is the first sentence of freedom you hear … after the long sentence you’ve served.