Temperatures ranging from 116 degrees to -40 degrees. Rugged and exposed terrain. Lack of water, vegetation, and game. There was a reason the Lakota people called the place “mako sica” or land bad. Badlands National Park in South Dakota stretches across 244,000 acres of grassland and mountainous layers of sediment that dates back millions of years.

Surrounding this park are thousands of miles of American Indian Reservations, sovereign nations where history also has layers, compounding years of abuse with the weight of residual anger.

Enter a pickup truck, shuttling 11 Alternative School Break (ASB) students from Lafayette College down a back road. Twenty minutes off the main road sits a trailer owned by Waylon Belt and Priscilla Rouillard. Horses roam the property. Their three children—Junior, Thomas, and Anna—are eager for connection.

ASB is a student-led organization advised by Amber Zuber, director of the Landis Community Outreach Center. Working with various partners both on and off campus, students plan and implement five domestic service trips and one international service trip over the January and spring breaks.

Adriana Pero ’19 is leading this trip for the second year. To prepare, students have met every other week for a semester to discuss social issues that plague the reservation: alcohol, substance abuse, teen suicide, diabetes, heart disease, poverty, homelessness, and corruption. 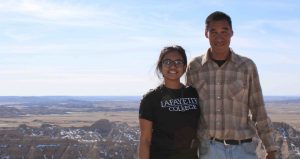 “These issues feed into each other,” she says. “Food stamps can limit their options, making healthy food unaffordable, but the food desert on the reservation often makes healthy food unavailable. This leads to a poor diet, which complicates issues like diabetes.”

Mistrust of the outside world makes matters worse, and an ingrained cultural belief that options are limited.

In total, dire circumstances prevail. So what would make Pero go back? Relationships.

“It’s important to go back, symbolically,” she says. “It’s more important that this trip continues after I’m gone so the relations we are building remain intact.”

The goal of the trips is to help Waylon build a house. During the first year, the team helped tear down a hotel in order to repurpose the wood. This year the goal was to use that material and get walls up. 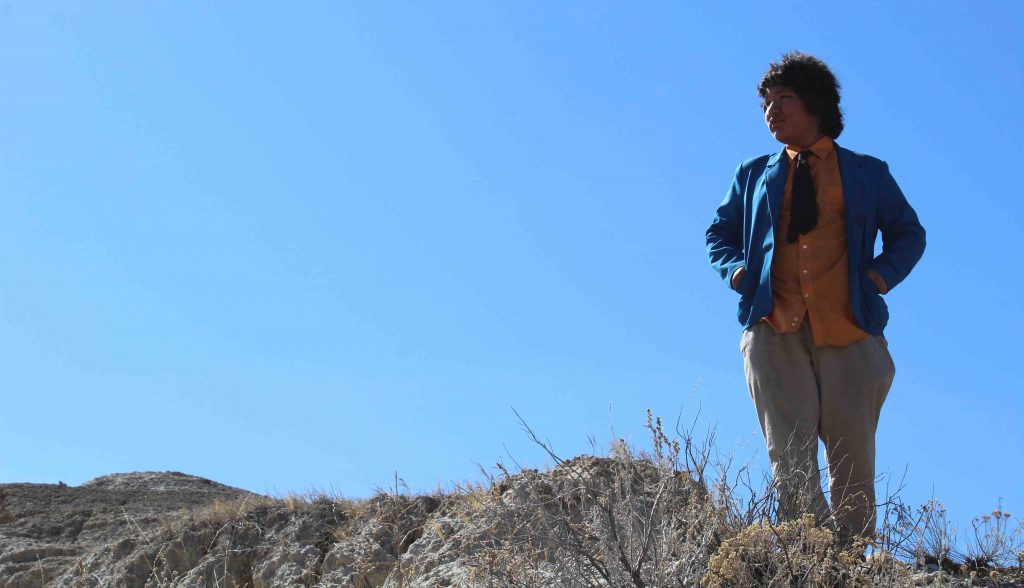 A local contractor was going to show the students how to erect the walls, and as students waited for him to arrive, they kept themselves busy by cutting firewood, fixing the family car, sorting donations, and spending time with Waylon’s children.

Last year, Junior was pretty quiet and not very interactive. But this year, since several faces were familiar, students were able to draw him out more.

“We were building relationships, mending bridges from centuries of abuse,” Pero says.

But it wasn’t easy work.

Each day had time for group reflection. Early on the team realized the power it had to create relationships. Wielding that power worried team members.

“People there get very lonely,” she says. “To be there intensely for a week and then be gone made several members of the team more reserved.”

Elene Jalagonia ’20 recognized this dilemma too. “They need human connection, but keep losing friends,” she says. “There is a tremendous responsibility not to inflict more damage and cause people to give up hope.”

“But the team didn’t want to skate through the week either,” says Pero. “We made a decision to create deeper connections and lasting relationships.” 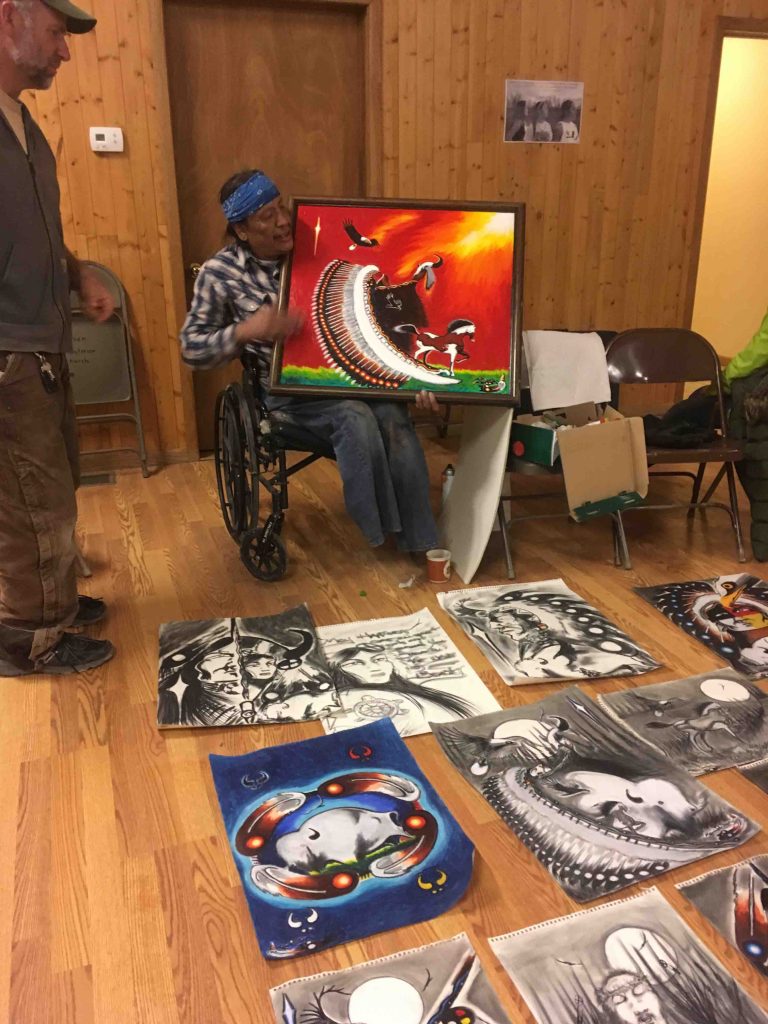 Junior helped. One night he wanted to hold a concert. This once shy boy was soon belting out the song “Firework” by Katy Perry. The team was soon crooning with him. After a Justin Bieber song, the excitement was palpable.

Junior even said to Pero, “This group has changed me for the better.” He felt less alone, less of the “weirdo” at school.

The team felt the same breakthrough with two local artists: Joel Pulliam and Kevin Poor Bear. Meeting them was part of the cultural events built into their day. Trips to the Black Hills and the Badlands, seeing dance performances, and witnessing traditional ceremonies helped deepen the experience.

“You see the joy and pride in the culture,” says Jalagonia.”But the emotional toll is great.”

Still, the walls between two cultures were coming down.

Sadly, the walls they hoped to build never went up. Over the course of the week, the contractor never showed up.

“It was disappointing,” says Pero. “We wanted something to show for our week. While disheartening, it is how life can go on the reservation.”

“Despite the walls, we were able to build strong relationships, and not only learn from history but learn from each other as well,” says Jade Saybolt ’16, admissions counselor at the College, who served as learning partner for the team. “We met incredible people who were so warm and welcoming, yet some were hesitant because of what history has taught them.”

Students recognized how their scheduled life and need for a timer just didn’t match Waylon.

“He does what is needed and doesn’t think about time often,” Saybolt says. “There is just not a lot of urgency.”

Students have brought an urgency back to campus as they work to create an American Indian history club, send art supplies, and keep in contact with the family.

While getting walls up was the goal, it seems like working through walls is really what was needed.