Alpha Phi Omega’s rebirth at the institution of its founding notched another milestone Saturday with the dedication of a plaque at Hogg Hall.

The plaque, which features the founding members of the international service fraternity, which formed at Lafayette in 1925, is a replica of an older commemoration once installed in what was then Brainerd Hall, today Hogg.

Founded by Frank Reed Horton ’26 along with 14 charter members, Alpha Phi Omega grew to become the largest service fraternity in the U.S. It became inactive at Lafayette in the 1980s.  Over the years, Alpha Phi Omega members from as far away as the Philippines have visited campus to pay homage to the organization that has provided disaster relief, fundraising efforts, and community service work throughout the globe.

Two years ago, a group of Lafayette students petitioned the College to reinstate the fraternity on campus. The official rechartering took place Jan. 27. 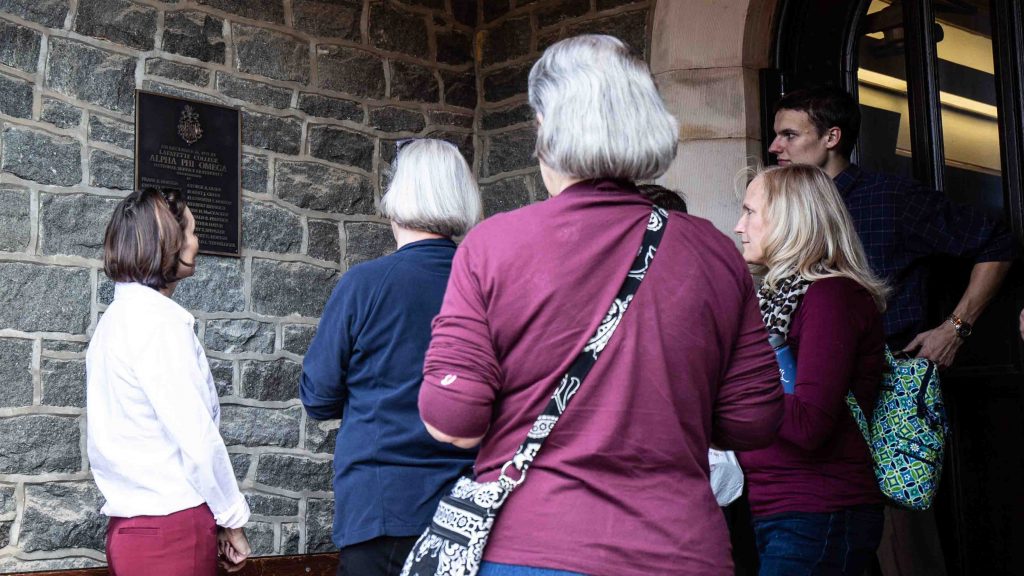