Alyssa Devin ’19 and Andrew Schmid ’20 spend about a half hour gripping and turning socket wrenches with both hands as they tighten 12 large bolts to secure an experiment to create a shock wave in a massive metal tube.

In a few moments, high-pressure helium gas will push a hydrogen-air mixture, driving the gas through the 48-foot stainless steel expansion tube at velocities of up to 6,000 miles per hour and creating a sonic boom. 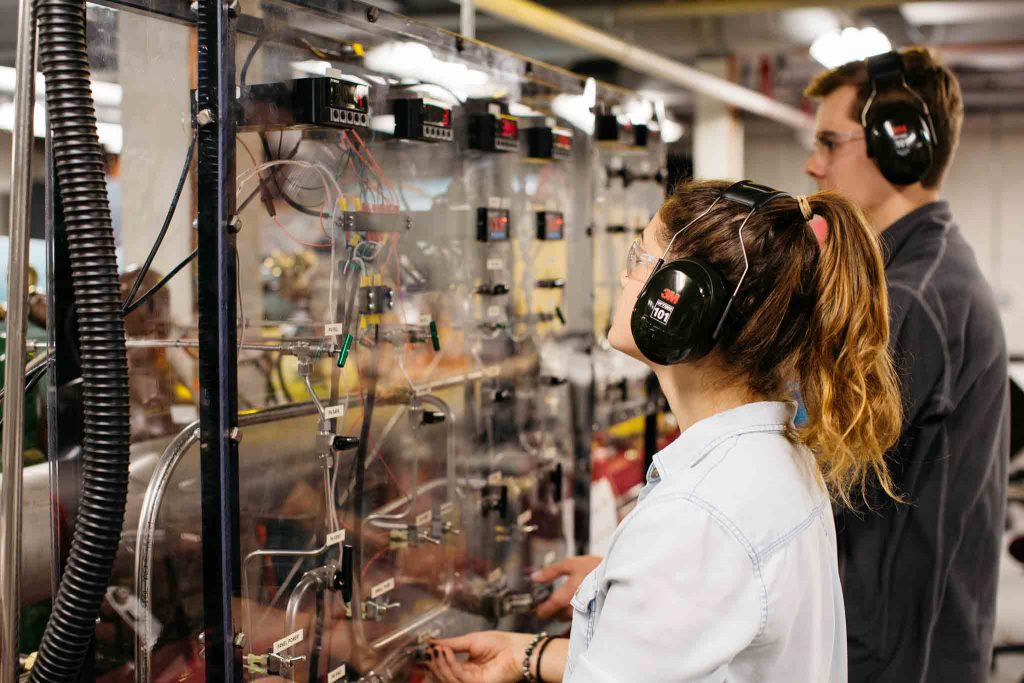 In just six milliseconds the successful test is complete after pressurized helium builds up and eventually ruptures a diaphragm, which Devin and Schmid tightened in place with their socket wrenches, allowing the gases to mix and sending a shock wave through the tube. It lands with the sound of church-bell clang in the dump tank at the end of the tube.

It was over so fast observers were almost left wondering what had happened. As fleeting as it was, this test is a key part of the quest to use highly compressed air to study the physics of hypersonic flight, which is generally defined as anything that reaches Mach 5 or greater.

A conventional jet engine can only be used for up to Mach 3 or 4 before its parts begin to overheat. In a supersonic combustion ramjet, or scramjet, an air inlet draws in air that’s slowed and compressed as the jet speeds through the atmosphere. Fuel is added to the supersonic airflow, where the two mix and burn. 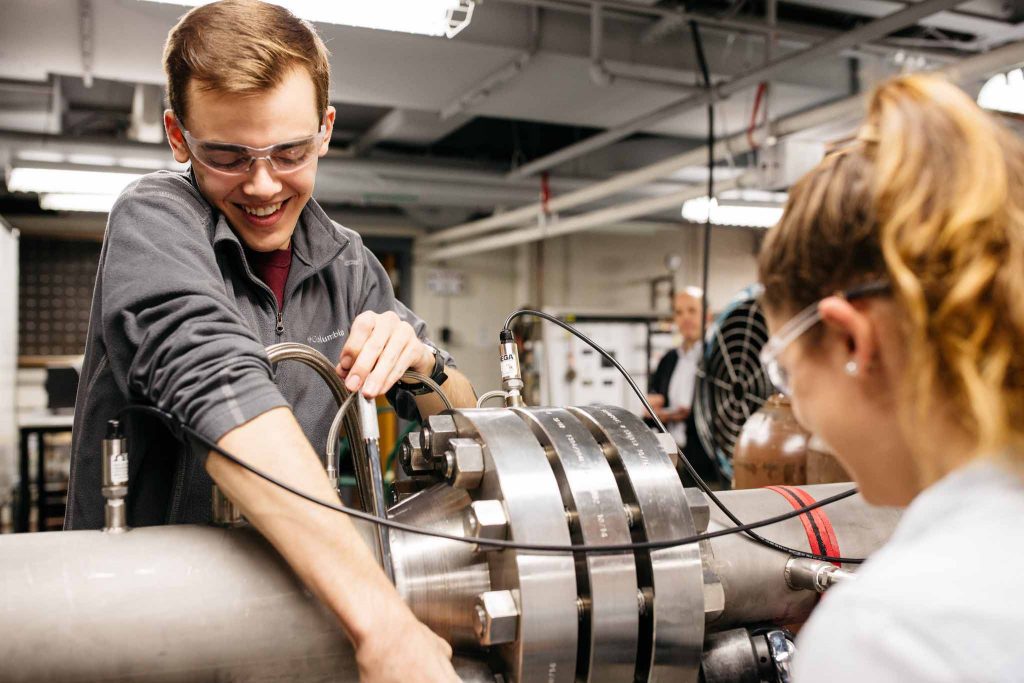 To study what happened in a blink of an eye, Rossmann and his students review a video that captured the path of the hypersonic flow at 77,000 frames per second.

“There’s not much to see in real time, but you can just imagine and sense the power of what’s happening,” says Schmid, who’s doing an independent study in tube experimentation.

The expansion tube that occupies a lab in Acopian Engineering Center is one of only four like it on campuses in the United States. Lafayette is the only college to have one—the others are at large research universities.

“There’s a long history in the United States to try and get to space as cheaply as possible,” Rossmann says. “Rockets have been a useful resource, but they’re expensive using liquid oxygen and hydrogen. Now there’s potential cost savings from scramjets to use air from the atmosphere compressed by the engine in conjunction with regular jet fuels.” 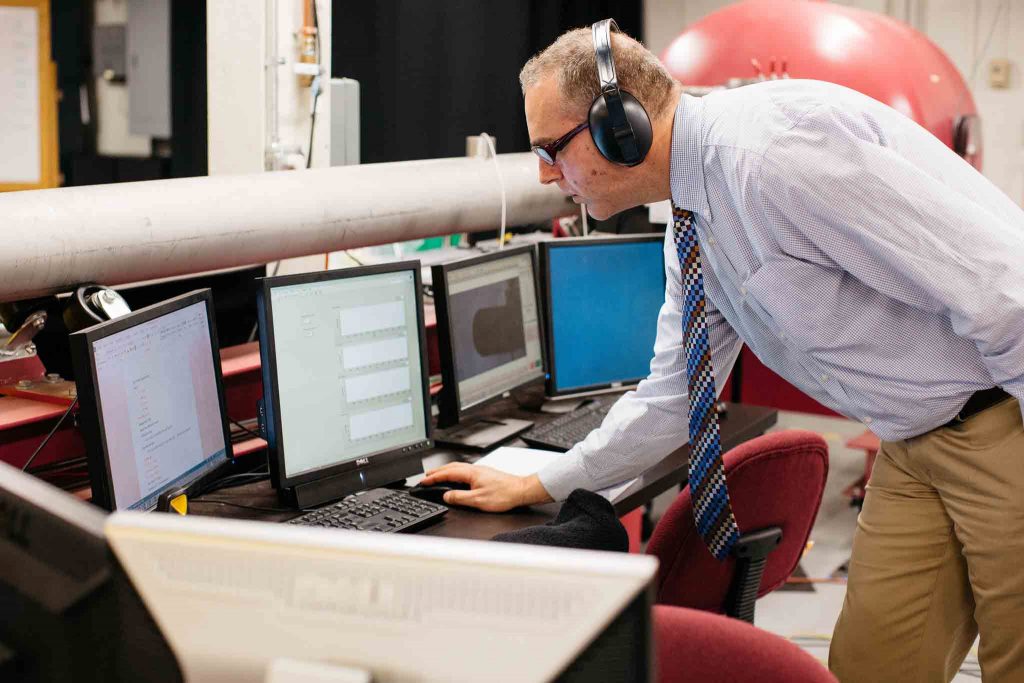 Funded by a College grant and others from NASA and National Science Foundation, Lafayette’s expansion tube project was started in 2013 and went into service in 2015. Full-fledged experiments, including the high-speed laser-based imaging system funded by NSF, have only recently taken place.

“Our research is looking at the physics of how to initiate and sustain the propulsion needed for hypersonic flight,” Rossmann says. “Our main interests are looking into the process by which this spontaneous ignition is started—where it occurs in the flow and how efficient is it, as well as the extinction process—what happens when the flame goes out, and at what conditions is this process unstable.”

Devin, a mechanical engineering major who’s been working on the project for a year, says she enjoys using what she has learned in thermodynamics class and applying it in a lab setting.

“Working in a field of unknowns and exploring something new and different is pretty exciting,” she says. “We cover thermodynamic concepts and ideas in class, but you learn critical thinking and how to problem solve when you’re exposed to something like this in the lab.” 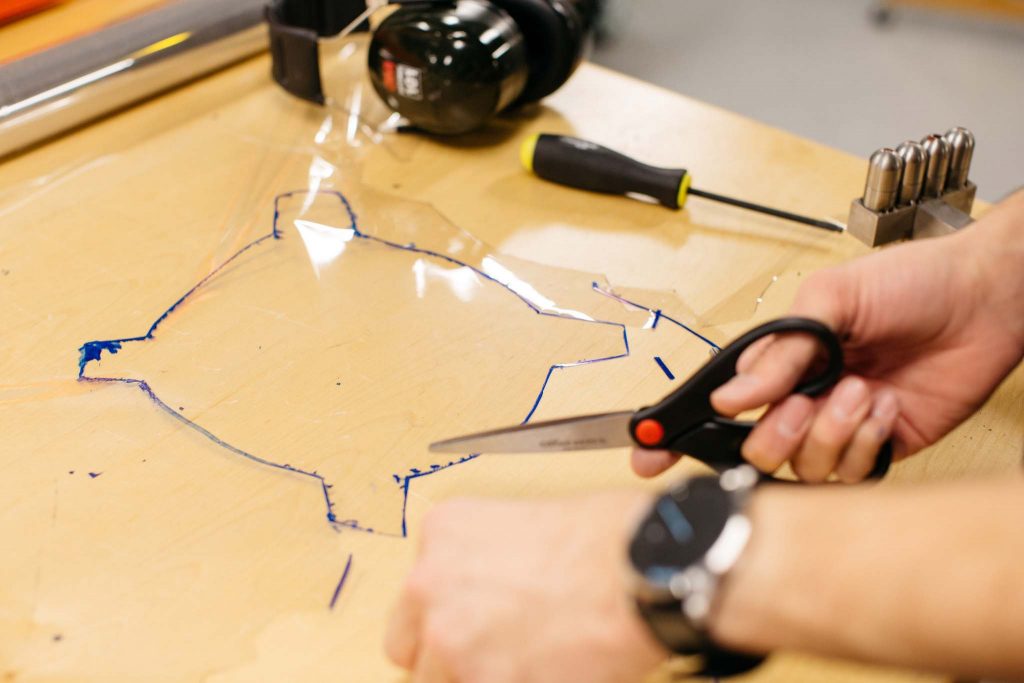 The project is getting noticed in the aerospace industry.

“It is one of a small number of facilities that can provide data relevant to the current push for hypersonic flight,” he says. “Students who work with Prof. Rossmann in this facility will have an opportunity to learn research and testing skills that are highly in demand now in government laboratories and the aerospace industry, or get an early taste of the research environment they would find in graduate school.”

The research is based on work supported by the National Science Foundation under Grant No. CBET 1531475 and NASA through the PA Space Grant Consortium under award No. NNX15AK06H.