Diane Windham Shaw, director of special collections and College archives, illuminated Lafayette’s role in educating black students in the 1830s and 1840s in a talk on “The Lafayette-Liberia Connections, 1836-1869,” presented in conjunction with the campus visit of former Liberian president Ellen Johnson Sirleaf.

A dozen students of color were enrolled at the College between 1832 and 1846, Shaw said. She told the stories of three students—Ephraim Titler, Washington McDonogh, and Thomas Wilson—who emigrated from America to Liberia and of three African princes—Henry L. Baltimore, Peter Harris Jr., and Abraham Miller—who came to Lafayette and then returned to Liberia and Sierra Leone.

Shaw outlined the “immensely complicated” story of the American Colonization Society (ACS), an organization founded in 1816 to promote the settlement of emancipated slaves and free blacks in the colony of Liberia. All told, the ACS transported approximately 12,000 blacks to Liberia.

Lafayette’s first black student was Aaron O. Hoff, who came to the College as a member of the first class in 1832. Less well-known is Titler, the College’s second black student. In 1836 he studied theology under Lafayette’s first president, George Junkin, for six months, then was ordained by the Philadelphia Presbytery and returned to Liberia to serve as a missionary. 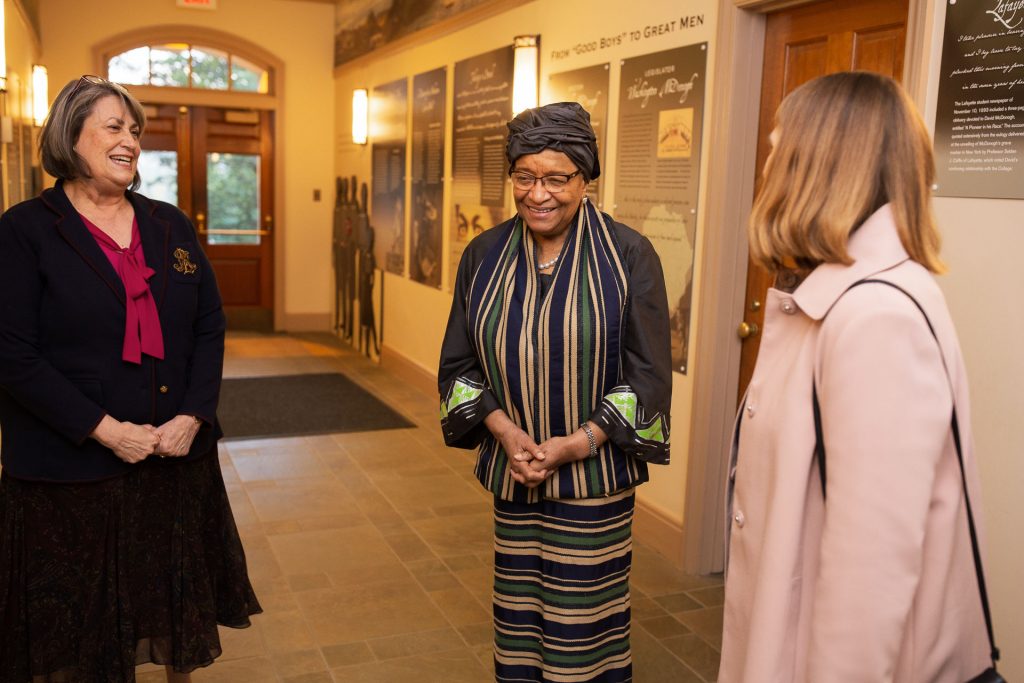 “Junkin’s willingness to provide such an opportunity marked his growing support of colonization and positioned Lafayette College as a hospitable site for candidates to be trained for missionary work in Liberia for the Presbyterian Church,” Shaw said.

Titler went on to serve as a delegate to the Liberian Constitutional Convention and was a signer of both the Liberian Declaration of Independence and the Constitution of the Republic of Liberia.

Having come to Lafayette in 1838 as slaves, David and Washington McDonogh were freed about three weeks after their arrival at the College. They had been sent to Lafayette from New Orleans by their owner, John McDonogh, to be prepared as teachers and missionaries for Liberia.

After being enrolled at the College for three years, Washington was notified by his guardian to prepare to depart for Africa. In June 1842, he embarked for Liberia, where he spent the rest of his life, working primarily as a teacher in a mission school. He was elected to the lower house of the Liberian legislature.

Shaw read an excerpt from a letter Washington wrote to John McDonogh in 1846: “I should like very much, dear father, to see you once more before we leave this world, for it would be a source of great delight to me, but I will never consent to leave this country for all the pleasures of America combined together … for this is the only place where a colored person can enjoy his liberty, for there exists no prejudice of color in this country, but every man is free and equal.”

David McDonogh, Shaw added, “ultimately refused to go to Liberia, choosing instead to become a doctor in New York City, against all odds.”

The connections of Baltimore and Harris to Lafayette came to the College’s attention only recently, Shaw said. Baltimore, who had come to the College under the auspices of the ACS, was treated “more like a dog than a Christian brother.” He left Lafayette and enrolled at Oberlin College, where he received equal treatment with other students. In the late 1830s, he returned to Africa and worked as a teacher in Sierra Leone. 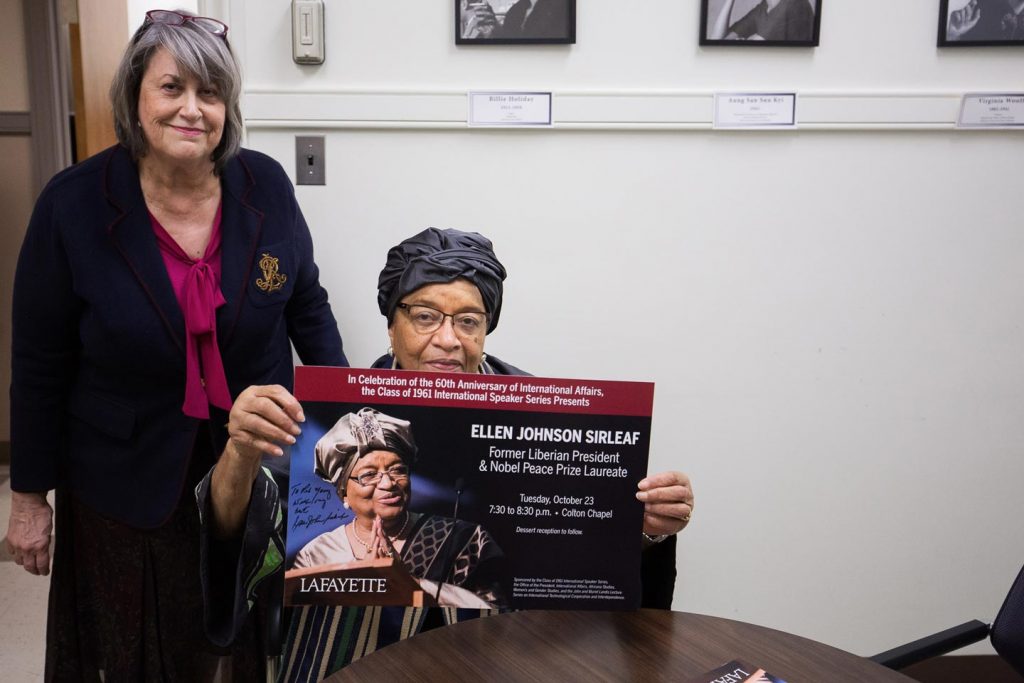 While attending Lafayette, Harris become close to Princeton professor (and future president) John Maclean Jr., a leader of the colonization movement, and seminary professor Archibald Alexander, who was working on the first major history of Liberia. Harris joined Presbyterian missionaries on an exploratory mission to Liberia in 1839.

Miller, who had been made king of a small tribe of the Bassa people, was enrolled at Lafayette from  summer 1840 until February 1841, when he returned to Liberia.

Wilson was a free man of color and teacher at a black school in Trenton. He spent the 1841-42 school year at Lafayette to be educated for missionary work in Liberia.

“After 1846, Lafayette College did not admit another black student for the next 100 years,” Shaw said, “until 1947, when it admitted two students who had served as Tuskegee Airmen during World War II.” The students were Roland Brown ’49 and David Showell ’51.

In 1869, Lafayette conferred an honorary degree on Edward Wilmot Blyden, a Liberian scholar and diplomat who was called the father of Pan-Africanism. Blyden immigrated to Liberia in 1850 from St. Thomas, Danish West Indies (today the U.S. Virgin Islands), where he had been born free. He served as Liberian secretary of state, ambassador to Britain and France, and president of Liberian College.

Shaw noted the contributions students have made to the archival research, in the classroom and as research assistants. These include Robert Young ’14 and Kamini Masood ’19, who were on hand to offer remarks and take questions from the audience. As a student, Young, now associate director of annual and leadership giving at the College, curated the exhibition Tales of Our Brothers: The Journey of David and Washington McDonogh in Pardee Hall.