There’s nothing like pizza and conversation on Election Night to bring together civic-minded young voters from across the political spectrum.

Members of Lafayette’s Policy in Action Club, College Democrats, College Republicans, and Prof. Mark Crain‘s Political Economy class gathered at Campus Pizza after the polls closed on Tuesday to watch the returns and reflect on one of the most dramatic and expensive midterms in modern history. 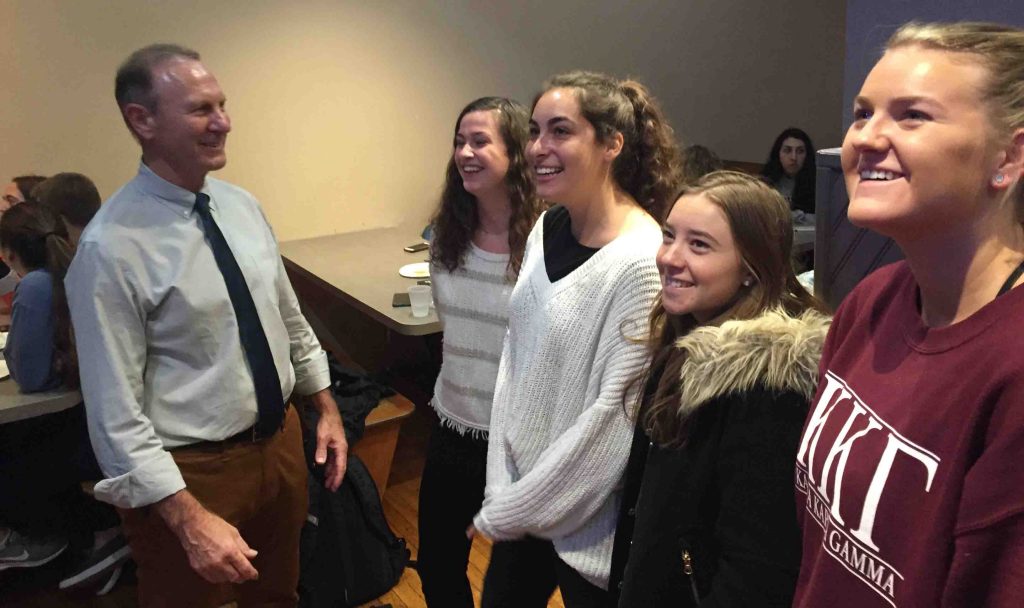 “This was an important election because so many people are unhappy with the current political climate,” said Elana Weinstein ’19, vice president of the Policy in Action Club. “Casting a vote gives you the power to put your words into action.”

As steamy pies came out of the ovens, laptops flipped open and eyes gazed at the two large-screen TVs in the pizzeria, which took on the buzz of a campaign headquarters.

“Hopefully, there’s an opportunity to move the government on the right track and realign and reassess the current state of politics,” said Jane Gold ’19. “It starts will voting, which is a civic duty.”

As the local and national campaigns heated up this fall, Lafayette students refused to be cast as apathetic young voters. Weinstein said the Policy in Action Club registered more than 50 voters among the student body during a sign-up drive at Farinon College Center. 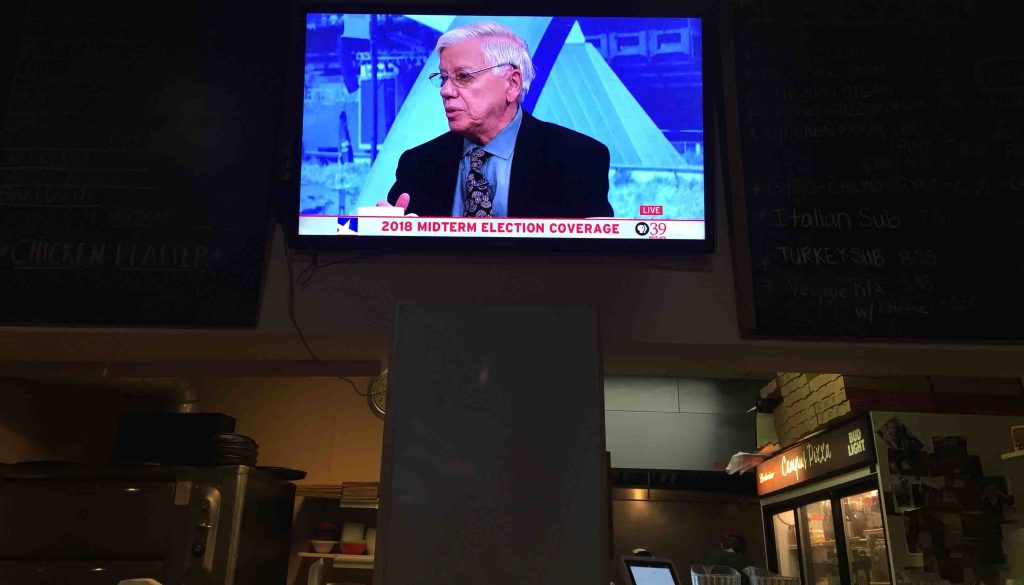 Stefano Mancini ’22, who arrived early for the Election Night party, put it bluntly. “Voting is the most important thing you can do as a citizen,” he said. “That’s how you make change in this country.”

Members of College Republicans agreed that the right to vote should not be taken lightly.

“We’re lucky to have it; it’s a constitutional right that shouldn’t be taken for granted,” said Kayla Magee ’19, co-president of College Republicans with Nicole Eng ’19. 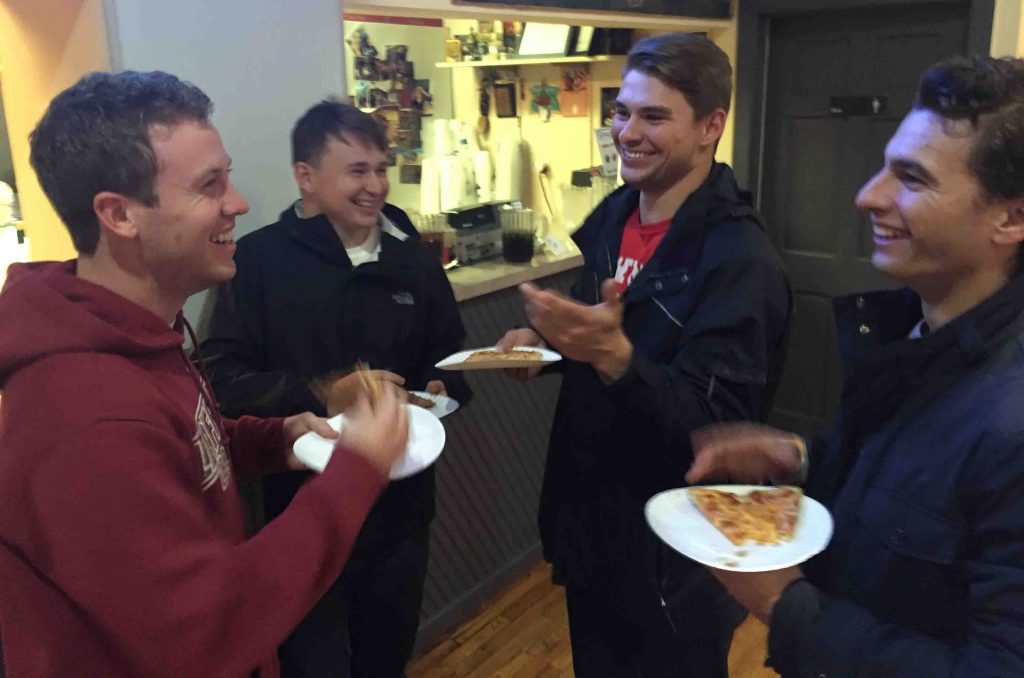 Crain, Simon Professor of Political Economy and chair of policy studies, mingled with students throughout the night as polling results trickled in. A cheer went up when government and law Prof. John Kincaid appeared on PBS39’s live election night panel of political scientists that discussed the implications of the midterms.

“It’s important to experience Election Night with a group of people,” Crain said. “There’s a lot at stake in this election; even third-party and independent candidates emerged as having roles in the outcome of some races. I’m looking forward to some good discussions in my class next Tuesday.” 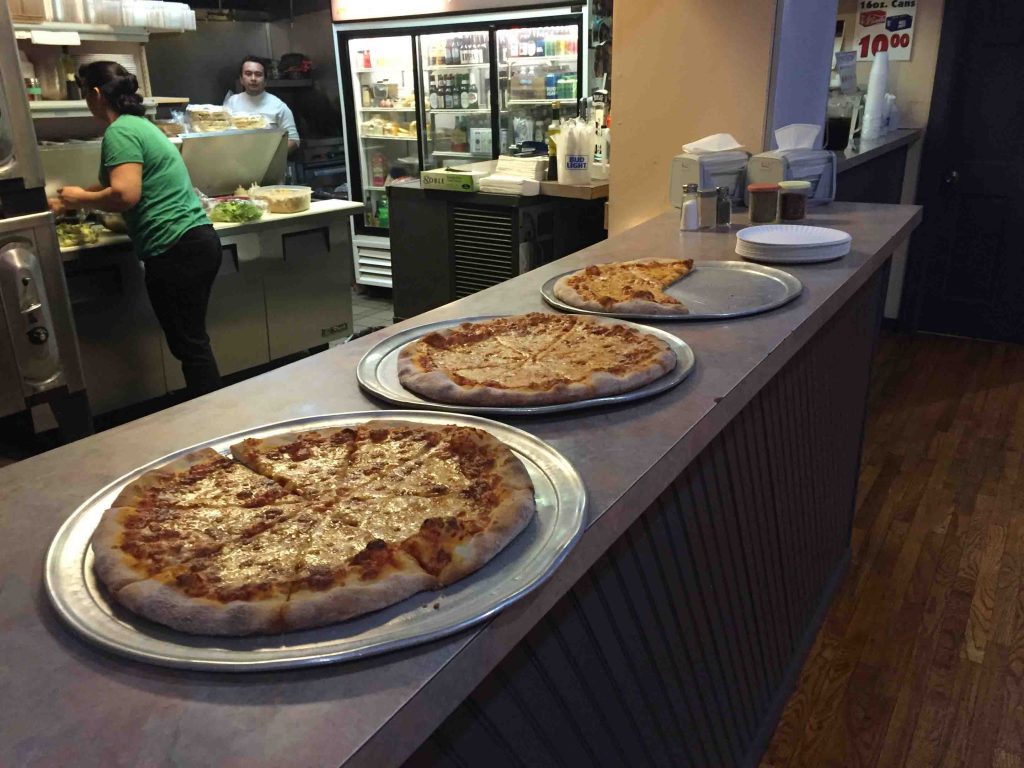