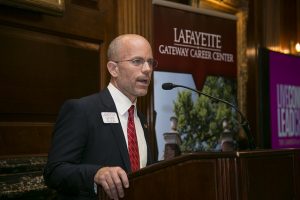 Liberal arts colleges like Lafayette are using their winter breaks to provide increased career assistance to students and improve graduates’ placement rates and salaries, reports The Washington Post in a Jan. 20 article.

“Some institutions use the winter break for job-shadowing and alumni networking events. Lafayette College, where the winter break lasts almost all of January, sends teams of students for networking and professional development to Boston, New York, and Chicago and to the area around its Easton, Pa., campus to visit businesses and graduates in their eventual fields,” the article states.

“’There’s lots of conversation among my peers about the winter break,’ said Mike Summers, Lafayette’s assistant vice president for career services. That’s because, during the rest of the year, ‘It’s difficult to run programming of any length against academic obligations, and most professors won’t let [students] miss class. You’re constantly competing for those students’ time.’”

Categorized in: Careers, Featured News, In the Media, News and Features
Tagged with: Gateway Career Center