For the eight students in the advanced seminar taught by Ute Bettray, visiting professor of German, fall 2018 will long resonate when they look back on their college careers.

That’s when they worked not only with one of Germany’s most acclaimed authors but Europe’s greatest jazz pianist in a course that culminated with Border Crossings: Literature and Jazz by Antje Ravik Strubel, Hans Ludemann, and Students of German.

The early December event in Hogg Hall featured students performing in German the short stories they had crafted in class with Strubel, while Ludemann played music he and each student composed to set the mood of their piece. 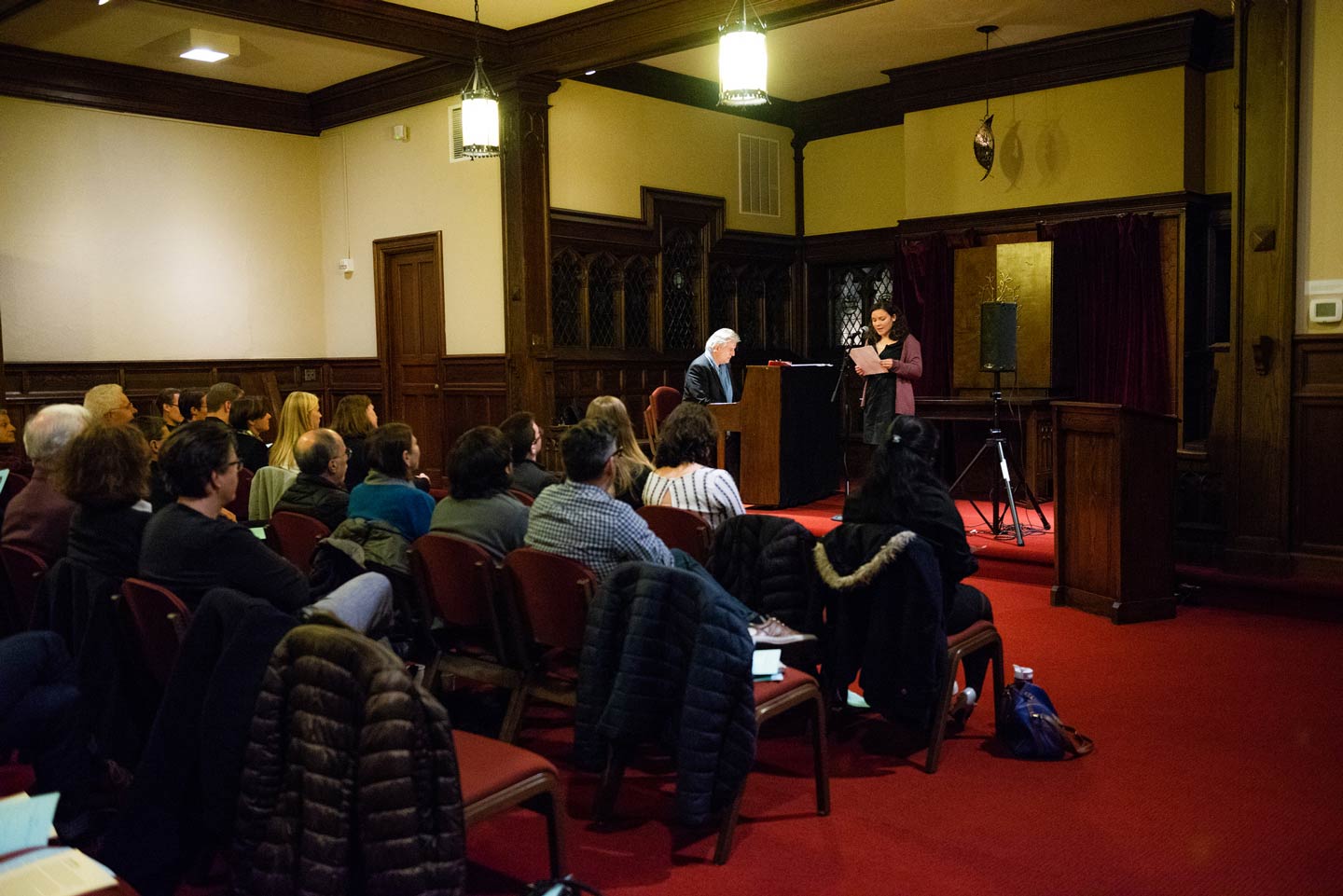 “It was incredible to hear our words come to life with his music,” says Leah Epstein ’20, a biochemistry and German double major. “It brought a different dimension to the stories we were telling.”

The first half of the course was spent dissecting Strubel’s 2004 book Tupolew 134, which fictionalizes the true story of a plane that was hijacked to West Berlin by two East Germans in 1978.

“It’s not clear who the narrator is, and we really wrestled with it,” says Bettray, noting Strubel is known for incredibly complex structure and imagery. “It’s high level, and I just threw them in.”

But it was Tupolew 134 that served as muse for the creative writing assignment by Strubel, this year’s Max Kade Artist-in-Residence. In one of the scenes, a man and woman are waiting at a train station for someone to bring them forged passports so they can escape to Poland. 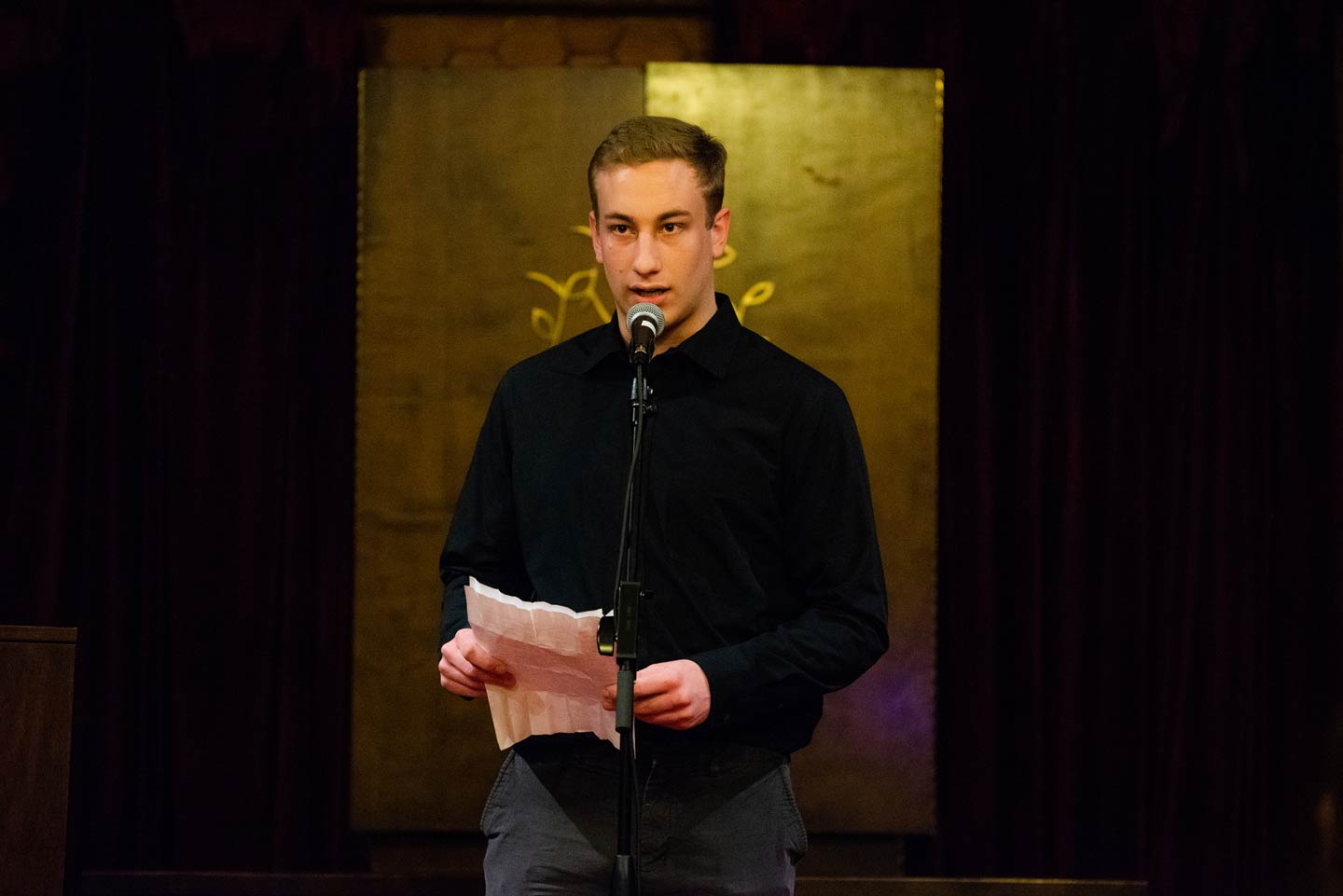 “I told them to take this scene of two people waiting at a train station for a third, who doesn’t come, and apply that to their own experience,” says Strubel, who grew up in the German Democratic Republic and was 15 when the Berlin Wall came down. “They had to decide who these people were and how they got into this situation.”

Each paper went through five drafts, requiring students to converse in German with Strubel and Bettray on complicated themes such as betrayal and memory, escape and freedom.

“Strubel gave fantastic feedback on building a writing process, which is something I didn’t really have before,” says Daniel Willey ’19, a German and philosophy double major. “I think my German has also improved this semester, more so than any other as I had to speak words I had never thought about before to express abstract concepts.”

Jackson Miller ’19 set his story during the Civil War era because cellphones and social media didn’t exist. “It was a time when you wouldn’t immediately get news that someone in your family was injured or something had happened to them,” says Miller. In the physics major’s fictional world, the woman is the wife of a soldier, and she’s waiting for him to come home on the train. The man is her brother.

“It was kind of fun,” says Miller. “It’s the thing that I’m proudest of having written.” 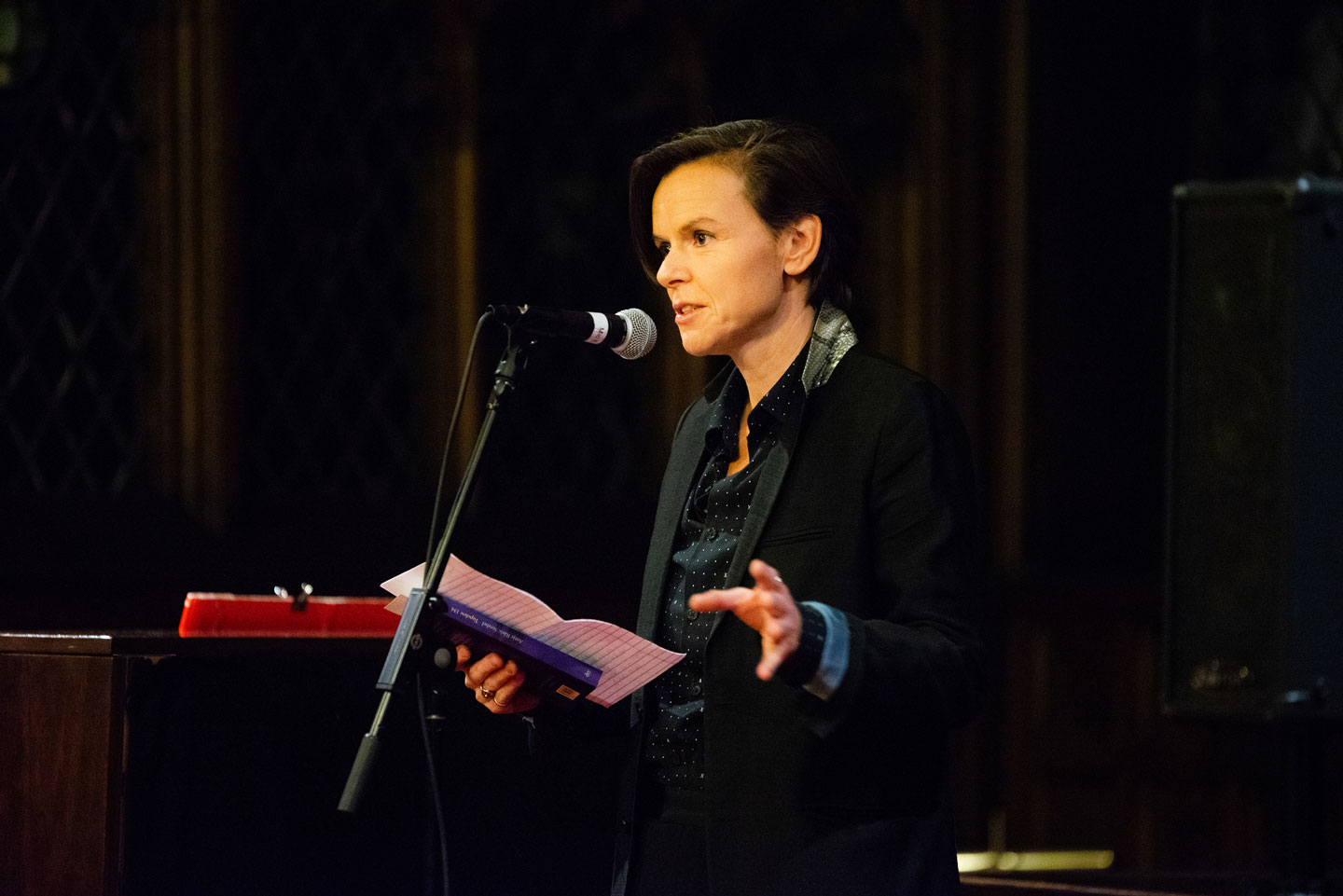 Rachel Bird ’19, an economics and German double major from Vancouver, says working with Ludemann transformed her writing. “When I first sat down with him he read things in my paper that I had put there but didn’t think were important,” she says. In one passage, for example, the couple at the train station go for Chinese food, a throwaway detail inspired by Bird’s love for shrimp lo mein and egg rolls.

“He was able to create music off that and saw it as an opportunity to use it in his work,” she says. “He’s very talented. I think he changed the mood of my writing to something more serious.”

Watching students work with Ludemann was interesting, says Bettray. At first they were a bit daunted by having their opinion solicited by a musician of his caliber, she says, but they quickly became more confident in the process.

“He’d play something and then ask, ‘What do you think?’…By dress rehearsal they were like, ‘No, no, you need to play it like this.’ It was a real growing experience,” says Bettray.

Epstein agrees. “Only at Lafayette would you have this kind of opportunity.” 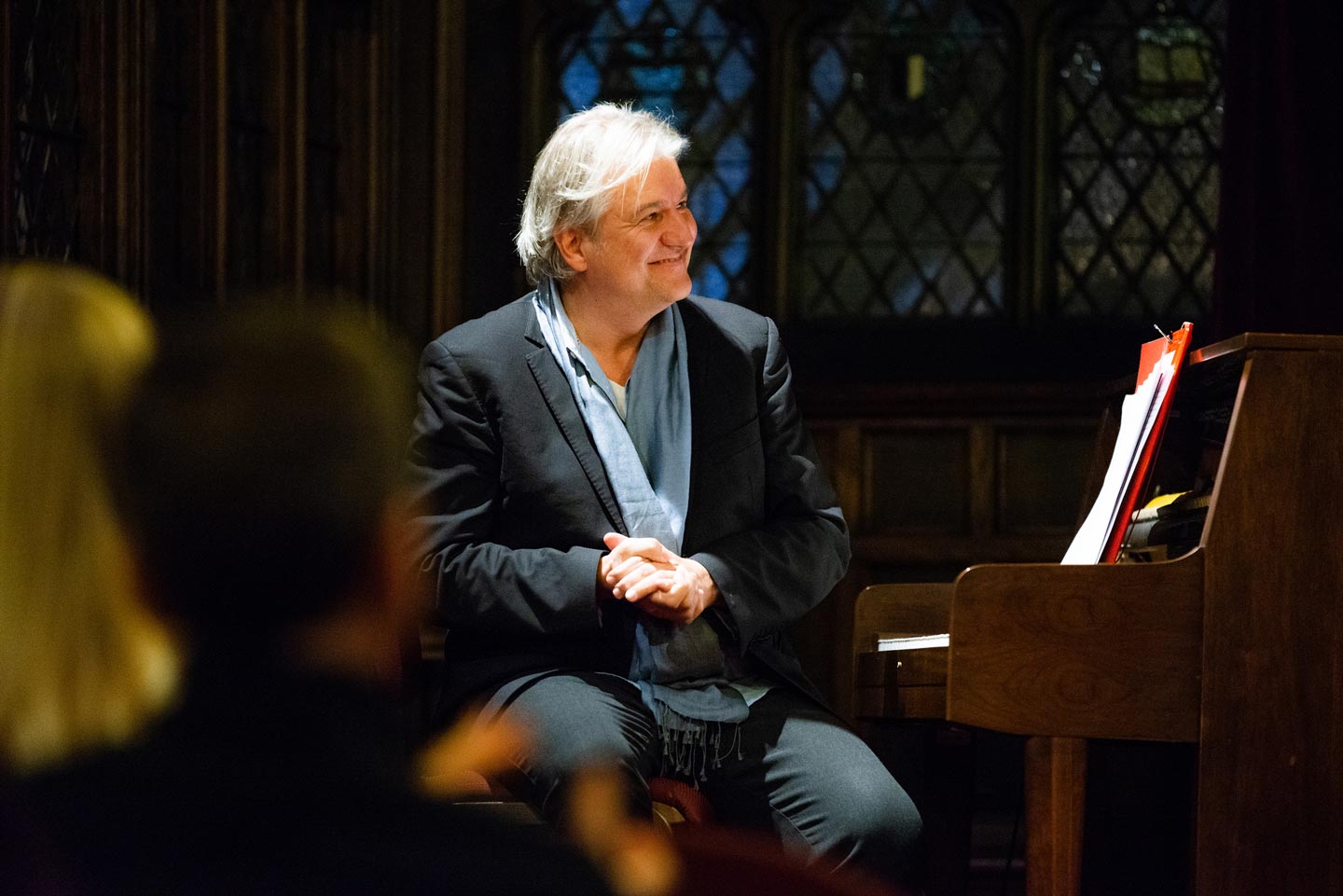