In Lafayette's First-Year Seminars, students explore issues, gather evidence, and communicate their ideas through writing. Here's a look at one of these innovative classes. Twitter

The gist: The 1960s is one of the most interesting, controversial, and discussed decades of the 20th century. The music, social changes, moon landing, environment, women’s movement, civil rights, assassinations, and social unrest all contribute to a continued fascination with the period.

The prof: Peter Newman ’73 is no stranger to 1960s activism, having attended Lafayette during one of the country’s greatest periods of upheaval. In 1970, when four students were killed at Kent State, Newman and other Lafayette DJs used their radio shows to protest the Vietnam War and connected on-air with other college stations. They brought activists, journalists, historians, and politicians to campus to give context to the war and its history, initiated petition and letter-writing drives, and rallied on the Quad against the war. A Deadhead, the English professor’s favorite song is “Sugar Magnolia,” and he danced with his daughter to “Ripple” on her wedding day. 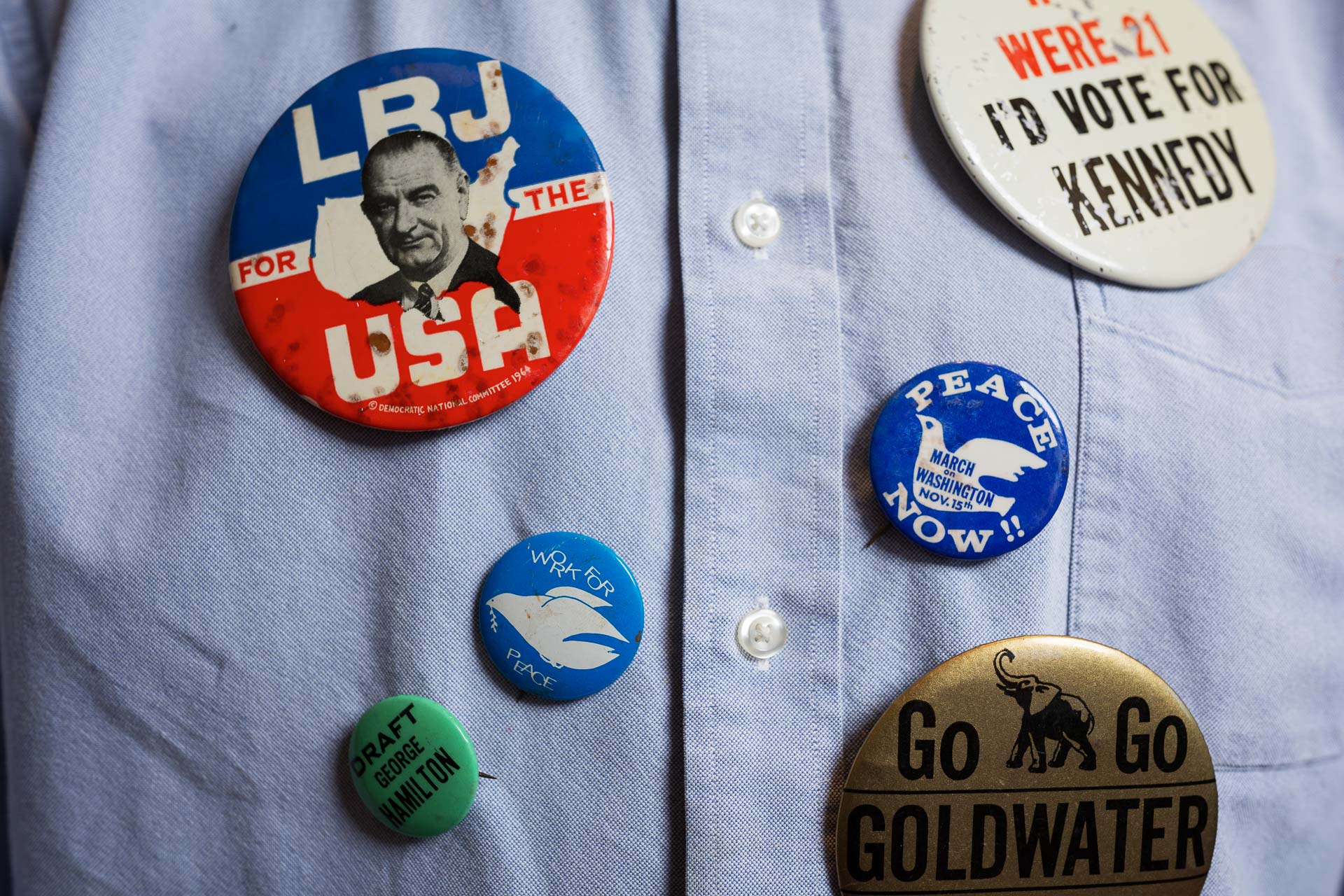 A lot went down in one decade. How come? There are many reasons why these events occurred in the 1960s, but the most important one is that Americans began questioning not only authority, but everything. This frequently led to action. Protestors weren’t always successful, but little equaled the feeling of being involved and working with others to affect change.

Martin vs. Malcom: Martin Luther King Jr. based his actions on non-violent protest, knowing he and his followers would be met with violence. But he also knew that the images of violence on television would shame the country into action. Malcolm X took a different approach. While King wanted equality and integration for African Americans, Malcolm X just wanted equality. He espoused Black Nationalism and did not shy away from the threat of violence. In actuality, the two complemented each other as Malcolm X scared many into accepting the views of the more moderate King.

Sex: There was a lot of sex. And not just because of the carefree spirit of the 1960s. When the decade started, the average age of marriage had dropped to 20 for women. The number of women going to college was far lower than it had been in the 1920s. In many states a doctor could not tell even a married woman about birth control. Then came the Pill, and pregnancy became a choice. A woman could plan her education, career, and sex life.

Drugs: There were lots of drugs. Many students smoked pot. For some it was a sign of protest, but for many others it was their beer. The government’s draconian approach to pot scared a lot of people, but it was ludicrous to those in the know. This became a problem when the government’s warnings about harder drugs were dismissed as not having credibility.

Rock and Roll: A decade that started by asking, “Who put the bomp…” soon heard Dylan warn, “The times they are a-changin’” and Jagger’s angst in “Satisfaction.” The lyric served not only as insight into a generation but as a stark political statement. The Beatles insisted, “All you need is love” and changed music forever with Sgt. Pepper’s Lonely Hearts Club Band. After the killings at Kent State, Crosby, Stills, and Nash sang, “Four dead in Ohio.” More songs would follow as anthems of the anti-war movement.

Remembering Woodstock: The bands and the music at Woodstock were spectacular; however, it was the attendees and the town that made the event so iconic. Everything seemed to be working against the festival. The venue had to be changed just weeks before the event. The crowds had to hike in, deal with rainstorms, and food and water were not readily available. But people helped each other and shared what they had. The community, many of whom had initially opposed the event, provided food, water, and medical attention for those who needed it. Incredibly, and despite all the nay-sayers, for those three days, half a million people experienced that most elusive dream of the 1960s: peace, love, and rock and roll.